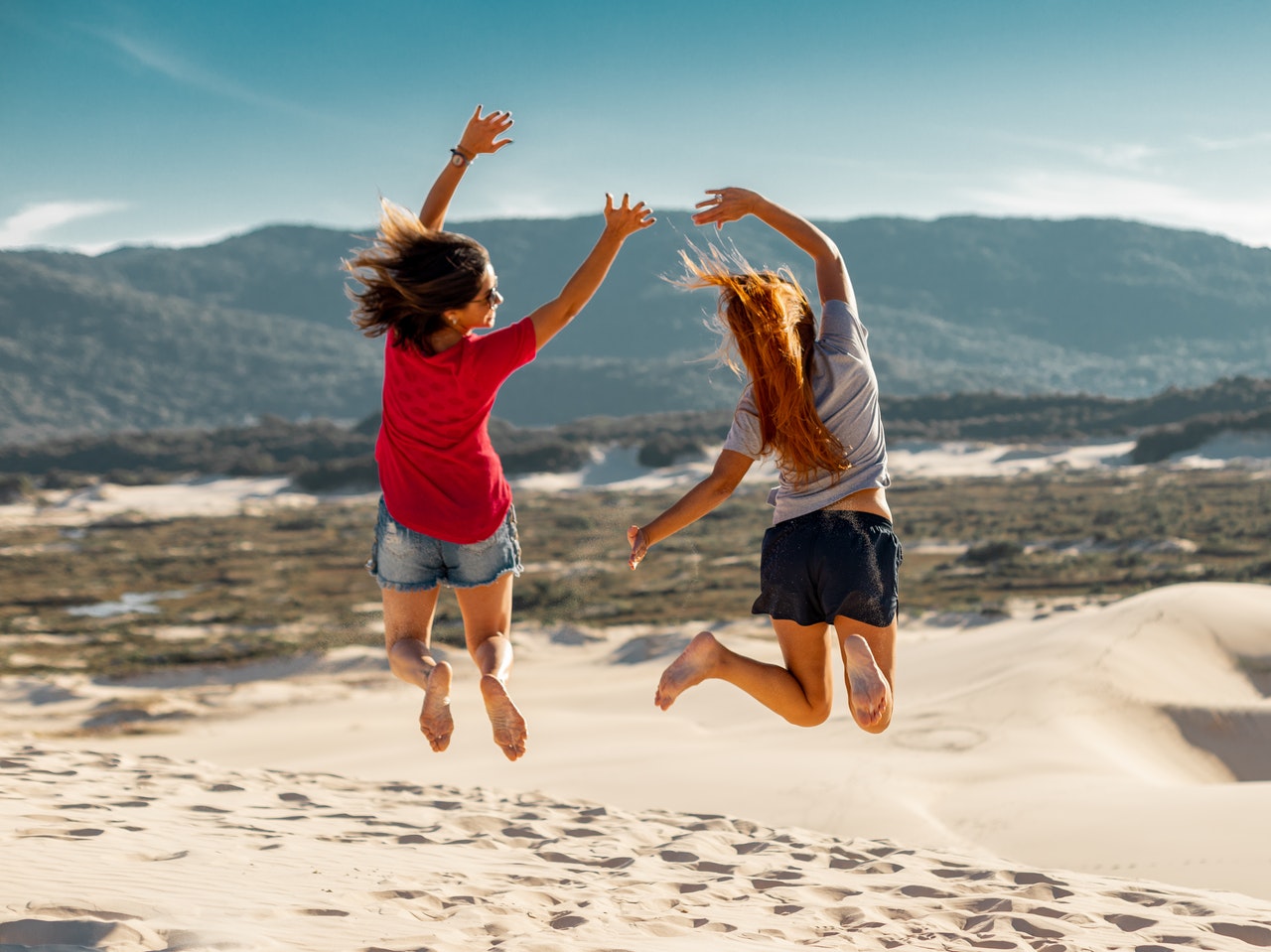 I moved around a lot as a child. Friendships were made. Friends were left behind. I learned how to make friends with whoever was around quickly. This pattern continued through college as I attended four different colleges.

At the time, I didn’t realize that many of the friends I made in my 20s satisfied my need for “thrills” and took the place of a creative outlet. I eventually learned that I should not get my thrills from friends who pass out on tables at restaurants, flash their breasts, use crystal meth, and chase their boyfriends with knives during heated arguments.

Drifting away from those friendships was a good thing.

Some friendships are tied to a place or an activity, such as the gym. Last fall, I signed up for small group personal training classes at my gym on my alma mater, Cal State Long Beach. Lisa, a veteran high school teacher, was in my group, and we quickly became friends.

As a former elementary school teacher, I had been out of the classroom 14 years and worked as a content marketer and technical writer until returning to the classroom as a high school English teacher the year before. Lisa was outspoken and provided a reality check as to some of my high school’s policies that baffled me. They baffled her too. We chatted about workouts, and diets, teenagers, and trends. She liked to lift weights together, and we would meet at the gym outside of our group classes.

At the workplace, you bond over shared goals, challenges, and frustrations. However, often those friendships don’t exist outside of work.

As a high school teacher, I taught English Language Development courses in my first year. In my second year, I taught a standard English curriculum, which was a different department and an entirely different experience. As an elementary school teacher, our grade level collaborated constantly. We bounced ideas off of each other and implemented them. My second year of teaching, my new department spent an entire semester discussing what percentage assessments should count toward student grades. I was effectively on my own teaching several entirely new courses.

Lisa kept saying, “Find a buddy to collaborate with.” I found myself falling into conversation with the art teachers and the math teachers, not the English teachers. However, there was one quiet teacher who made sense to me when he did speak. “Steve” was also a published author. We had been discussing writers, the writing process, and parenting when we ran into each other in the mailroom or while walking through the schoolyard between the modern buildings dilapidated buildings, and the construction sites.

I asked Steve if he wouldn’t mind sharing some of the graphic organizers he had made for his students, and he obliged. We still discussed a variety of subjects, and we would text each other here and there. Because we were both serious about writing, I thought our friendship stood a chance to develop.

I had never had a crush on a co-worker, let alone dated someone I worked with. I developed a crush on Steve. My standard for work attire is looking professional, now I felt the need to apply lipstick and mascara in the morning and look fashionable. When Steve asked to come to see me perform stand-up comedy in February, I got goosebumps.

Between my workload, my writing, and my children, I no longer performed comedy shows but stuck to Open Mics, which I could show up at the last minute. Before I could commit to one a day in advance to give him notice, the COVID-19 lockdown occurred.

Flash forward to June 11, which found me traversing the schoolyard bent over and pushing stacked milk cartons overflowing with teacher’s manuals, which teetered on my own tiny dolly. It was my last day as a teacher at that school, and I was headed to my classroom to clear it out entirely. While standing upright to say good-bye to a colleague, I spotted Steve out of the corner of my eye about 30 yards away heading toward the exit. The dude was leaving three hours early. He gave me a huge, long wave.

A jolt of disbelief shot through my body that Steve couldn’t even walk across the blacktop and say anything to me—I was three hours away from being unemployed during a pandemic. The man was no longer interested in me, but he wasn’t behaving like a true friend. The universe gave me an answer. Forget about Steve. Move on.

Shortly thereafter, an acquaintance I had met a year ago in a community group revealed that he had a background in theater, was working on a screenplay, and ran a movie festival in his hometown. Brian and I had instantly hit it off but had not spoken much on the phone until COVID-19 meant our community group could not meet in person.

Another writing buddy had emerged! I can’t talk about all things writing with my regular friends, because it puts them to sleep. And Brian is gay, so I don’t have to worry about getting a crush on what has become my best writing buddy.

Earlier this year, I picked up a phone call from an unidentified phone number, and it was a childhood friend from when I lived in Wisconsin. Carla told me that her mother often referred to me as, “The most imaginative little girl she had ever seen.”

Hearing those words from Carla’s mother, the wife of a music professor and mother of three, gave me a snapshot of my innate nature before I became so guarded. Sometimes friends know you better than you know yourself.

When I talk to Carla on the phone now, it as if no time has passed.

Sasha Kildare
Sasha Kildare blogs at DrivenToTellStories.com and is the author of the upcoming memoir/info guide Intact: Untangling the Web of Bipolar Depression and Addiction.

Why It’s Not Easy To Be Friends With An Ex?

Are You In Love With Your Friend?

A Guide: Friends With An Ex is Good or Bad