What Is An Orgasm? A Guide To The Big-O 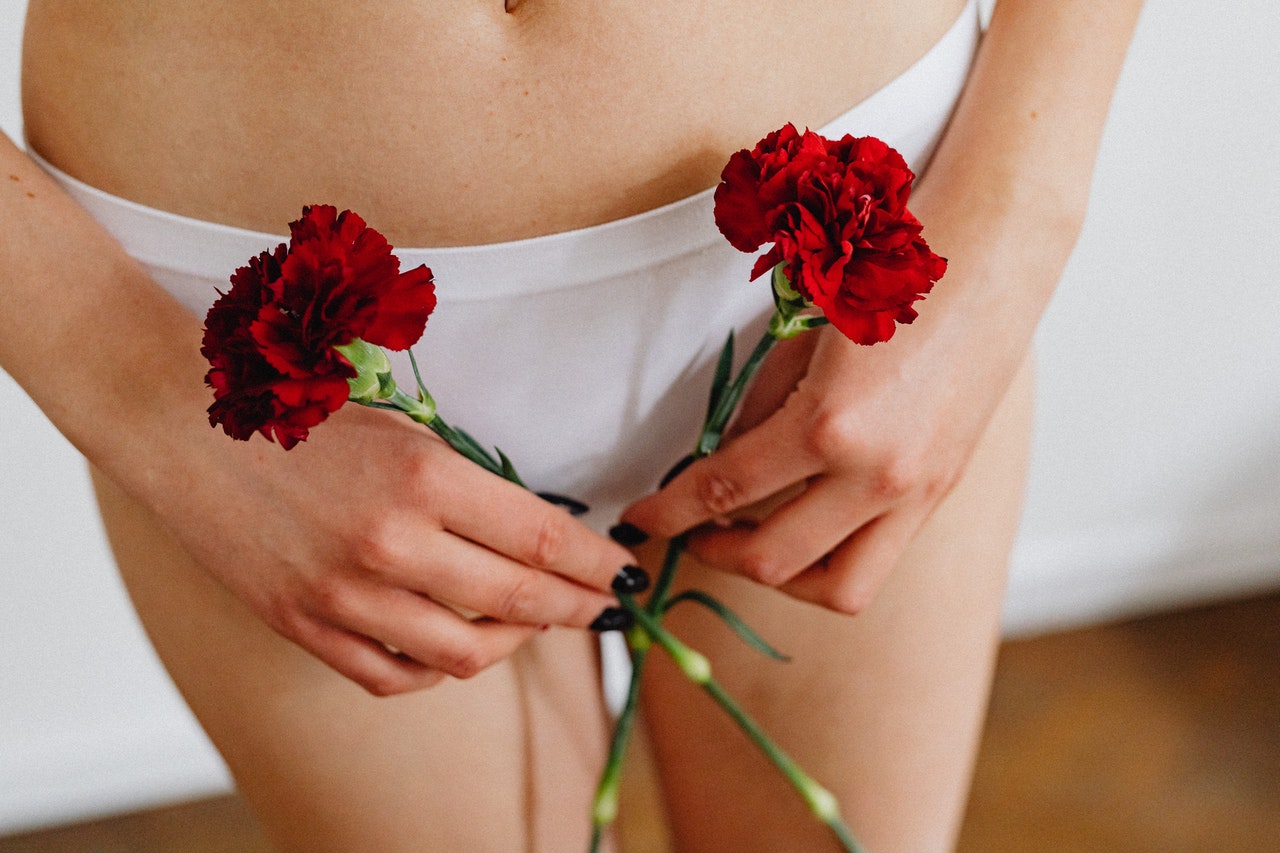 A woman’s body is full of mystery. The deeper a man goes, the more prominent O’s a woman feels.

An orgasm is a holy grail. It is considered bliss to the female body. Have you ever wondered what does an orgasm feels like for every individual?

Nobody can say about anyone’s orgasms, but the one thing I can state about orgasms is that it all depends on –

What is an orgasm?

An orgasm is a reflex that happens when the female body tightens during sexual stimulation. Though most people think orgasms are purely vaginal, the female orgasm is more than that.

Now, I get it; being with wild and sexy orgasms is classified as a ‘sudden release of tension within the muscles and nerves, because of the climax of intercourse.’

However, there are some common signs which a body shows when you’re about to reach a big climax or experience the sensational feeling.

Orgasm is the purest form of love. It’s a wonderful feeling that can’t be replicated in any other way.

How long does an orgasm last?

Now you know what orgasms feel like; the second question arises, how long does an orgasm last? It’s ultimately partners deal like how long they stretch and also depends on the mood or feelings of that particular day.

According to studies: the orgasms may lie somewhere between a few seconds and a couple of minutes. The common reason a woman takes longer to zeal is stress and built-up tension. Moreover, it also depends on the thoughts which are juggling in her mind at that time.

If you are doing it just for its sake, you will surely take longer to reach the orgasms. Else you are relaxed and enjoying the sexual moment; then, you may get an orgasm in seconds.

12 Tips for Having an Orgasm

Put yourself in an orgasmic mood– If an orgasm isn’t happening, you’ll have to use some Jedi mind tricks on yourself to get in the mood. We all have various issues (some women are insecure, while others are distracted), so try out all these techniques to see which ones work best for you.

Have some hot material to read or watch.

Allow yourself to indulge in a fantasy.

Consider a sensual scenario before and, yes, during sex. (Many women are concerned that this is unethical, like mental cheating.) It isn’t. So, gosling, go ahead and make steamy mini-movies in your imagination about whatever turns you on—a hot moment with your guy or a picture of what’s to come.

If you believe you’ll be self-conscious about your body, turn off your phone… or the lights. You want to focus on the present moment rather than your thighs.

All that steam will set the mood… and you won’t be concerned about your taste or scent when you should be concentrating on your climax.

Put him out of your mind.

Let him know you’d like to alternate bedtimes when it’s all about you and nights when you can do the same for him. You might find yourself in a groove where you’re in sync with each other, and every night feels like a home run for both of you.

Don’t get too worked up if it doesn’t appear to be happening.

An orgasm takes a woman on average 20 minutes of direct stimulation (some women require, which is normal). When you’re turned on but feel like you’ve paused, it’s natural to reach a plateau. Don’t give up. Keep doing what got you there, and you’ll get there eventually. If you don’t, you’ll most likely do so the next time.

It’s time to be physical once you’ve gotten into the zone. Make the common error of anticipating an orgasm from a guy, no matter how fantastic he is in bed. You’re more likely to get your kicks if you take matters into your own hands (sometimes literally) and accept that getting there may need some multitasking.

Give yourself a helping hand.

During intercourse, massage your clitoris (or have your guy do it). Reach down with confidence; if you’re worried about wounding his ego, the opposite is true: seeing you so turned on is a turn-on for him.

Take a page out of his playbook.

Guys are usually excellent at commanding a sexual scenario. To increase the chances of having an orgasm, they change their stimulation, speed, and angle. Most women aren’t aware of this tactic, but it’s better to own your needs than to wait for him to figure them out.

Give a throwback to high school a chance.

Dry humping is vastly underappreciated because it is called dry humping. However, even with their own hands, some women have trouble achieving the right touch and rhythm. Animal instinct takes over when you grind against his pelvic bone or penis (before he enters you), allowing your body to go on autopilot and choose a motion that will get you off.

Make him perform two things at the same time.

Ask him to insert a finger or two inside you while he’s on you and roll your hips against his mouth to help you find a rhythm that feels right for you. It’s often a combination of factors, rather than a single action, that activates the magic button.

Related: How To Make Sex Last Longer: 10 Hacks You Need To Know

Outside of the bedroom, practice mindfulness.

Practicing mindfulness both in and out of the bedroom is considered a great way to relieve stress. If you learn to be present, you’ll have a better chance of letting go and having an orgasm, not to mention having one.

Take a cue from the kink scene.

Use orgasm suppression or even bondage as a strategy. This can help you take your relationship to new romantic heights, and even breaking the rules can rekindle the dormant passion.

People who struggle with orgasm should examine their lives for areas where they have too much power. We can get into difficulty if we try to control too many aspects of our lives—or too tightly control some of them—because orgasm is about surrender. If you’re having problems letting go, speak with a professional.

Have you ever attempted edging?

Try edging (building up pleasure in your genitals before pausing just as you’re ready to reach a climax… and then repeating). During intercourse or self-stimulation, edging can significantly increase vaginal engorgement and blood flow to your nerve endings, causing such an intense build-up of pleasure that your negative mental override has no chance.

Make a lot of noise.

It’s likely that simply discussing sex is the key to having good sex. When you normalize talking about sex, especially when you aren’t experiencing it, you create space in your relationships for you to express yourself more freely. When it comes to getting it on, as well as speaking outside of the bedroom, don’t be afraid to use your voice. You’re probably impeding your orgasm potential if you’re blocking your sounds. When you allow yourself to vocalize during sex and self-pleasure, you allow more blood flow to your pelvic floor, vaginal canal, cervix, and the entire structure of your clitoris.

Nothing else but oral sex should be tried.

About 40% of people with vaginal climax require clitoral stimulation, such as oral sex. So, schedule a few evenings where this will be your sole focus. The primary goal of the session is to practice certain mouth-on-clitoris exercises, which are relaxing (and for your partner to learn what works, too).

Related: 20 Household Items That Can Be Use For Sexual Pleasure

A variety of touches.

Break free from your orgasm rut

If Girl-on-Top takes care of it…

This will too: Missionary using the CAT (coital alignment technique)

Why it works: Because your clitoris is stimulated, Girl-on-Top gets you going. The CAT provides similar advantages. Put yourself in a missionary position, and then have him align his pelvis with yours. Then he should massage your clitoris with his pelvic bone in a figure-eight motion.

If it’s easier for you to do it orally…

This will too: A smidgeon more lubrication

Why it works: During the oral, you’re reacting to the lubricant in his mouth as well as the pressure from his tongue. Many people underuse lube or believe it is only used when a woman is dry, which is not the case. Have him use a lubed-up digit to touch your clit during sex.

This will too: Your time. A lot of it.

Why it works: Because vibrators are more powerful than humans, they have the potential to desensitize you to any other type of touch (not a myth, unfortunately). Do you want to get off one? Take half an hour a couple of times a week for the next three months (just as you would at the gym) to experiment with different ways of touching yourself until you find your new favorite.

Most women aren’t able to reach the climax because they stress out too much. Don’t be so paranoid; talk to your partner, what is hustling you, how you want to be treated on the bed, and everything which is stopping you from reaching the big O’s.