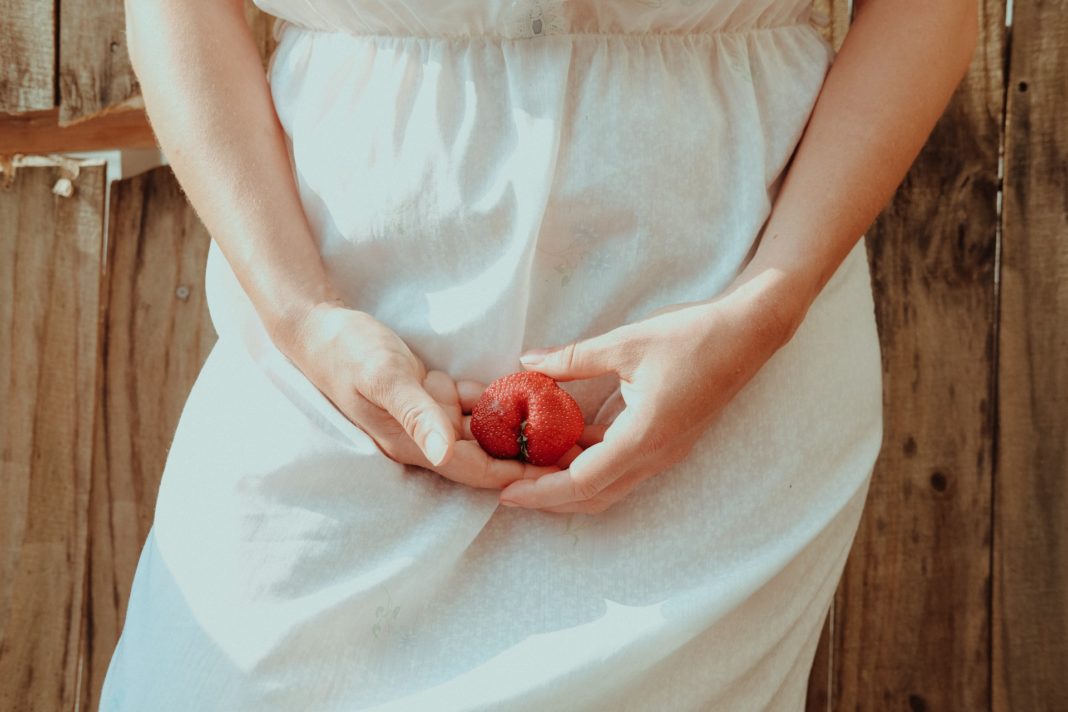 All of a sudden, in modern society, we find the vagina of a woman is such a controversial topic all around. There are so many social media pages that portray debatable discussions surrounding the vagina and purity of a woman.

Still, we believe that the frontier of the purity of a woman lies in her body, specifically in her vagina. This leaves women to lose control over their bodies due to such a mindset.

Women are even forced to undergo various tests to confirm their virginity in many areas. So many times, their consent is not even asked for. This indicates a highly ill mentality regarding a woman’s so-called “purity.” Let us read some quotes which highlight the topic of the vagina being in popular conversations for a long.

1. “I was worried about my own vagina. It needed a context of other vaginas, a community, a culture of vaginas. There’s so much darkness and secrecy surrounding them like the Bermunda Triangle.”- Eve Ensler

2. “I was so drunk I couldn’t tell a vagina from a bullet hole” – Andres Aloi

3. “Jesus. I love you so fucking much; you would think I was growing a vagina.” – Aurora Rose Reynolds

4. “The Singularity is at once an escape and a birth fantasy. I said to him: A Zeus dream that avoids the organic body altogether. Brand-new creatures burst forth from men’s heads. Presto! The mother and her evil vagina disappears.” – Siri Hustvedt

5. “Here’s something for you to remember; you might have been born into money, but you came out of a vagina the same as everyone else. Popping out of one that’s rich doesn’t make you anything but lucky, or susceptible to being stuck your own arse. Whichever.” – Suzanne Wright

6. “I feel dirty when I visit my mother. I feel that her intimacy is exposed. Her nightgowns are so thin that her flesh shows through them. Her need is like a vagina. And I do not like to see it.” – Augusten Burroughs

7. “Giving myself a pep talk, I peeked into my pants and told my vagina that even though what was about to happen to her was construed by the devil himself, I still loved her and hopefully, such actions would bring great rewards in the future.” – Meghan Quinn

8. “Stop shoving things up me. Stop shoving and stop cleaning it up. My vagina doesn’t need to be cleaned up. It smells good already. Not like rose petals. Don’t try to decorate.” –  Eve Ensler

9. “And any man who would build a room in his house for some chick who blew him off? Any man who would wait years for that same girl to show up at his door, knowing she was with someone else? He’s not a man at all.” “What is he?” “A big, hairy, unwaxed vagina.” ” –  Emma Chase

12. “Do not enter, closed for repairs, zombies will eat your face if you try to touch this vagina.” – Tara Sivec

13. “The state of relaxation of the mouth and jaw is directly correlated to the ability of the cervix, the vagina, and the anus to open to full capacity.” – Ina May Gaskin

14. “Really, for all the poetry in the world on the subject, when you get right down to it, it’s mostly just boom! penis vagina.” – Martin Leicht

15. “It became a kind of passion. Discovering the key, unlocking the vagina’s mouth, unlocking this voice, this wild song.” – Eve Ensler

16. “Seduced her? Every time I turned round she was up a library ladder. In the end I gave in. That reminds me – I spotted something between her legs that made me think of you.” – Tom Stoppard

17. “God gave man the strength to conquer the world, but God gave woman a vagina to conquer man” –Treasure Blue

19. “I have a great respect for what can come out of the vagina: some wonderful kids and lots of bleeding.” –  Pam Belluck

20. “The sight of him swinging his leg over the back of the bike and taking his helmet off was akin to the hotness I would experience had someone struck a match and physically set my vagina alight.” – K.M. Golland

23. “That is, membership was not based on merit but vagina.” –  Jessica Bennett

24. “Finn could break your vagina and be just handy enough to put it back together.” – Christina Lauren

25. “My head said no and my vagina said yes and my heart said I DON’T KNOW!! I’M EMOTIONALLY INHIBTED! LEAVE ME ALONE!!!” – Penny Reid

26. “I felt rather than heard someone come up behind me and I didn’t have to wonder who. My vagina had just gotten a heartbeat.” – Karen Chance

27. “There were those apres-sex moments when, in a half-asleep or forgetting that I was with a woman, I would reach out and touch her vagina- only to suddenly pull back my hand, as if surprised.” – John Irving

28. “If overthrowing some five thousand years of patriarchy seems like a big order, just focus on celebrating each self-respect step along the way.” – Eve Ensler

29. “For a guy, nothing is sexier than a girl who craves his little guy and can’t keep her hands off of it … because this is exactly the way he feels about your ladyparts whether he’s groping them like a savage or quietly watching TV next to you.” –  Roberto Hogue

Vaginal health is very crucial for women. Taking proper care of your vagina is essential to prevent infections and diseases. The vagina has a natural balance of “good” and “bad” bacteria. Vaginosis is the most common vaginal infection for women.

Women should not be shy to come forward and seek help if she faces any issues regarding vaginal health. Any symptoms should be immediately addressed to prevent further complications. Let’s read some quotes involving vaginal health in a few dialogues and conversations.

31. “Nell, I hate to be the one to have to tell you this. But your brother is hot. Like smokin’ hot. Honestly, it’s kind of impossible to have a vagina and not look.” – Kylie Scott

32. “I practically saw her panties melt and her vagina throw out a welcome mat.” – Jay Crownover

35. “Emma, I have had four children! Four of them! Do you understand the state of my vagina? What kind of man goes out on a date with a woman that has four children?” – Rachel Higginson

36. “Dear lord, the flash of his gleaming white teeth was like a hot button to my nether regions. Down vagina! Down, girl.” – A Meredith Walters

37. “Moving from phonetics to etymology, ‘vagina’ originates from a word meaning sheath for a sword. Ain’t got no vagina.” –  Inga Muscio

38. “It’s the invention of clothes, not nature, that made “private parts” private.” –  Mokokoma Mokhonoana

40. “No matter how shitty it got, I could always look back and say, “At least I don’t have my arm stuck up a cow’s vagina.” In fact, that’s kind of become my life’s motto. It’s also what I say when I’m at a loss for words when talking to people who are grieving the loss of their grandparents.” – Jenny Lawson

41. “This was a bad plan. A horrible plan. Just because cobwebs were growing in my vagina didn’t mean I should hook up with some stranger.” – Ellis Leigh

42. “My fear of camping: I’m convinced bugs will crawl up my vagina and lay eggs. Isn’t everyone?” – Kathy Griffin

43. “I’m a twenty-four year-old virgin with a broken vagina. I can’t even give that shit away.” – Roxy Queen

45. “And just because I don’t go to bed with everything with a vagina doesn’t mean I’m repressed.” – Jim Butcher

Taboos around vaginal bleeding put the lives of girls and women in danger. We all have observed discussions about the vagina or menstrual bleeding or sanitary napkins being dismissed, standing in the 21st century.

Still, such conversations are considered vulgar. Sparse sanitation facilities make the lives of young girls even harder, due to which they incur bacterial vaginal infections further. To ensure better health and safety for all, we need to set aside these stigmas regarding ‘normal’ female body parts and body functions.

46. “Let me Guess-you lost the coin toss with Dell, which left you stuck with me. Only you don’t know how to tell me this because you’re a penis-carrying human and can’t figure out how to communicate with a mere vagina.” – Jill Shalvis

47. “She looked like the well put-together mom I would never be. Of course, she wasn’t a full-time, single mom and therefore had time for things like hair appointments and manicures. Also, her body had not pushed four bowling balls out her vagina, so she had that going for her too.” – Rachel Higginson

48. “High school is life’s way of giving you a record low to judge the rest of your life by. I know this because no matter how shitty it got, I could always look back and say, “At least I don’t have my arm stuck up a cow’s vagina.” In fact, that’s kind of become my life’s motto.” – Jenny Lawson

49. “I feel him pause. On my vagina. Because he’s touching my vagina as I accuse him of being into examining college girls. Help me.” – Jana Aston