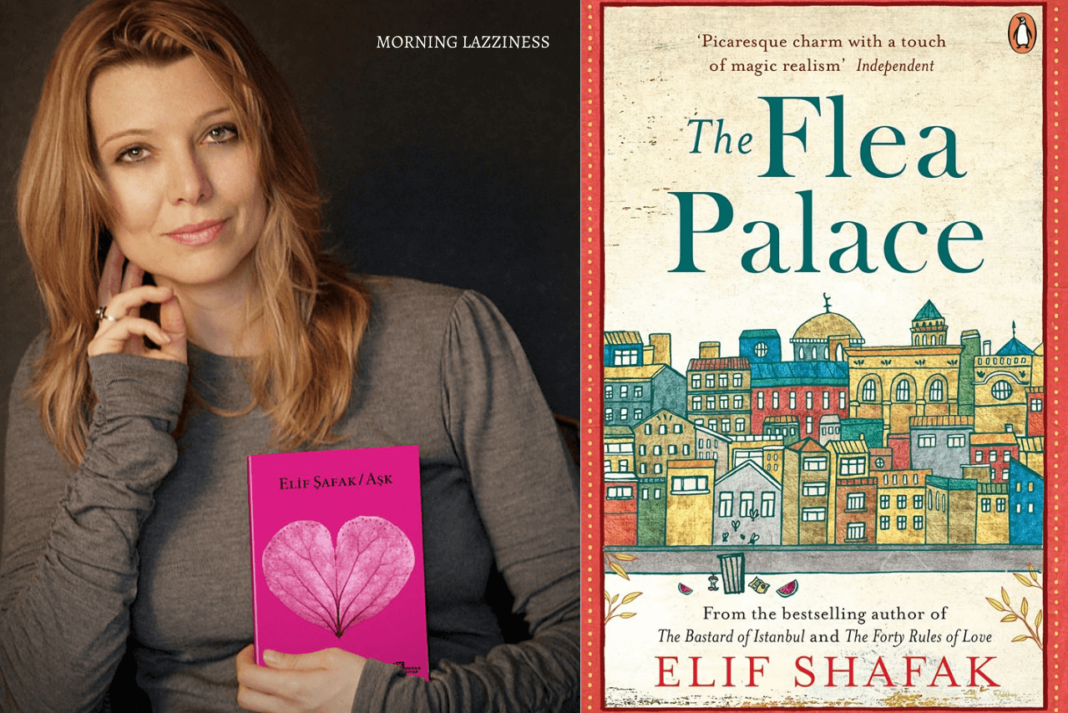 Being a political scientist, Elif has worked in various Universities in Turkey, the USA, and the UK. She holds a Doctorate of Humane Letters.

Moreover, she has been a bestselling author in many countries, and her work has been translated into more than 55 languages.

She was Vice-President of the Royal Society of Literature. The BBC chose her as one of the most inspiring and influential women. Here is the list of her novels that will definitely inspire you.

10 Minutes 38 Seconds in This Strange World

Shortlisted for the Booker Prize, it is a heartwarming novel. It is based upon the power of friendship in the darkest of times. With this book, a girl was murdered, and her body was found dumped in a dumpster outside Istanbul. The girl’s heart stopped beating, but consciousness was still left in her brain. Her brain was active for exactly 10 minutes and 38 seconds. That time she remembers her past and also thinks about the life of other people who are outcasts like her. From her friendships to the violent phases of her life, she remembers everything. At the time of her death, the city of Istanbul comes to life, and her afterlife journey comes to an end.

The Island of Missing Trees

This is a wise novel about love, grief, and growth. It is about the conflict between displacement and home and emphasizes faith and belief. This novel is about two teenagers who meet at a tavern. They both called an Island their home. Soon, they develop feelings of love for each other, which society forbade. With time they start meeting frequently but then there comes the time of their departure. Their departure was heartbreaking and uninformed. It was due to a war that took place and left the capital to ashes and rubble. It leaves no choice for the teenagers but to vanish. After decades one among them comes back looking for his lost love. It is a very beautifully written book.

As a dark book based on the concept of honor killing, it shows How such killing shatters life and transforms it. It is a story e of different families, love and misunderstanding among them. It explains the tale of twin sisters how they feel and about the time when they both face a choice to show their loyalty towards the old customs and traditions or to try their best to fit in. This book will show you how you can love someone with all your heart, and yet you can hurt them full stop. It is a very powerful and gripping book.

A magical novel based upon a story set during the height of the Ottoman Empire. It is the story of an animal tamer. He looks after his elephants very dearly and befriends them. He then falls for the Sultan’s daughter. It is a beautiful love story. A mystical story of artistic freedom. It also emphasizes the conflict between fundamentalism and science.

How To Stay Sane In An Age Of Division

The book is about how today, most of us face anxiety issues. How easily we feel overwhelmed by whatever is happening around us, by the acts of injustice, or by the unfair situations. We are stuck in an endless spiral of crisis and feeling anxious. In that situation, we do not realize how to nurture ourselves or give ourselves hope and faith in something better. The author has named this book how we can stay sane in this age of division. This powerful book is full of suggestions.

The Forty Rules of Love: A Novel of Rumi

The BBC named this book among the 100 novels that shaped our world. This book is magical. It is a guide to love, life, and freedom. This book is an answer to many questions that occupy your mind. It will help you establish a special connection with god. It will teach you about the Religion of love. It will open your mind and change your perspective. It also has a beautiful love story of Ella and Aziz. The book focuses on the life of Sufi and how they live their lives.

The Bastard of Istanbul

It is a very zesty novel about an American woman video school in San Francisco. She feels that her identity is missing. She has an urge to look back into the past, Turkey, to find her identity and start living her life to the fullest. This book tells the story of two families with a secret connection between them. This secret connection led to a violent event in the past which is unknown to most of them. This book is filled with humor and drama—a must-read for everyone.

It is a lovely story about a woman who is obese and her lover who is a dwarf: no matter wherever they go, they become a victim of constant stares. So they come across an idea to reverse their roles. The man wears makeup, and the woman draws a mustache on her face. This story is a beautiful tale that explains that our simple desire to look or stare at others can inflict a lot of damage to others.

The book is about Bonbon’s place in Istanbul. Once a grand palace, it is now a dilapidated home to ten individuals who are polar opposites. These castle people came together when some trash from the palace was stolen. A series of mysterious events unfold and then begins the quest for truth. This is an outstanding novel that focuses on the concept of social justice.

Black Milk: On the Conflicting Demands of Writing, Creativity, and Motherhood

The book is about motherhood and wellbeing. It focuses on a subject that is very less talked about, yet it is very important, that is postpartum depression. The author has herself gone through this phase. She explains how women go through anxiety, shame, guilt, and embarrassment in this phase. It is unexpectedly humorous and a very honest book. A must-read for every mother, or I should say, parent.