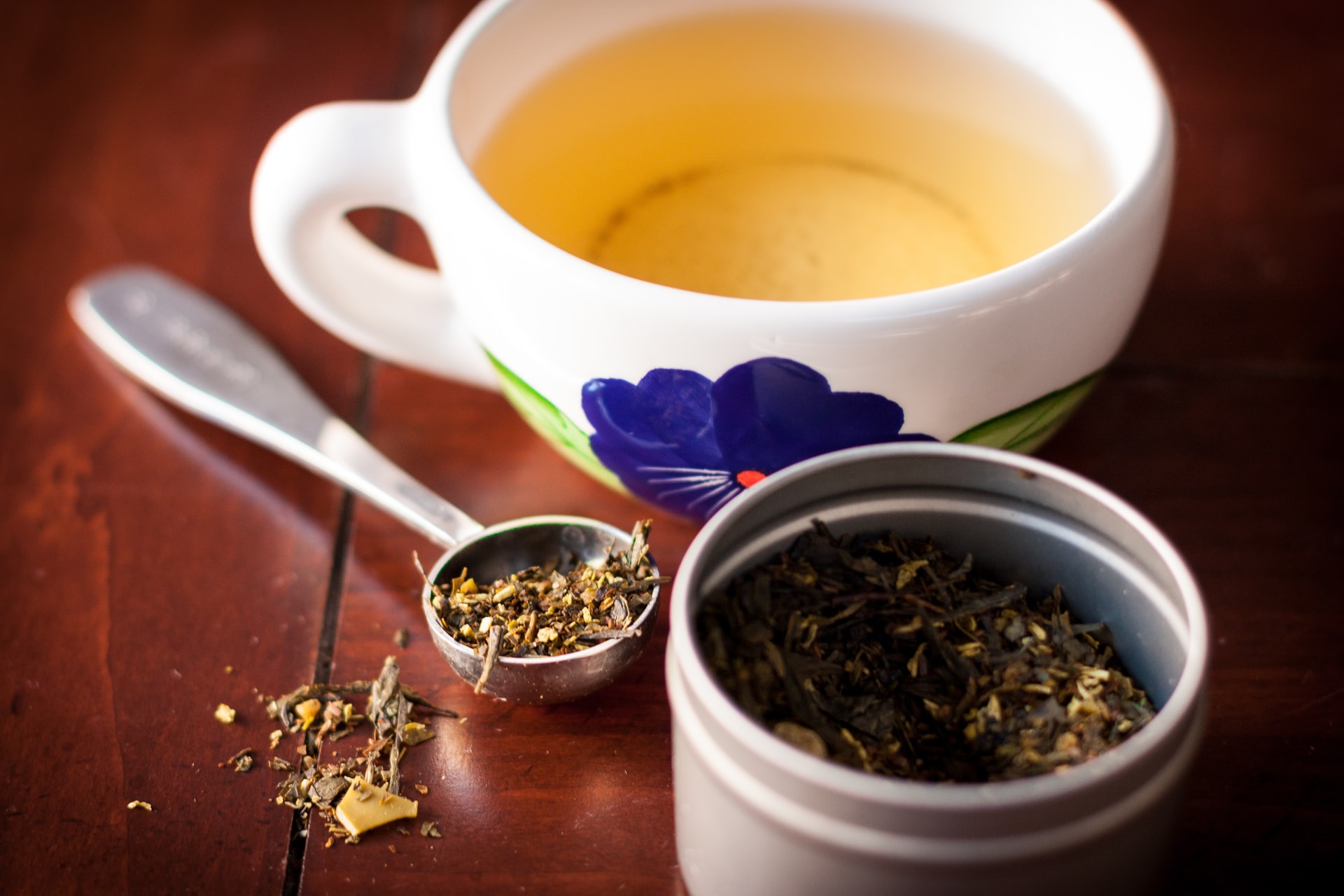 Warm, herbal teas, called tisanes, are a popular evening ritual around the globe. I learned the calming effects of herbal and spice-based teas from my family in Southern Italy and colleagues around the Mediterranean. Years later, while conducting culinary medicine workshops with Dr. Sam Pappas, I learned more of the scientific reasons why my favorite teas – anise, ginger, chamomile, and dandelion root, in fact, are truly soothing. I enjoy featuring tisane recipes in all of my cookbooks to help readers everywhere relax after a long day.

Starting your own relaxing evening ritual of drinking a tisane after dinner is easy. First, decide which herbs you enjoy the most or possess the health properties you need, and prepare them one to three times per day. With time, the nutritional benefits will pay off.

In the North African, Eastern European, and Middle Eastern portions of the Mediterranean, fresh cilantro is used extensively for its distinctive herbal flavor. Fresh cilantro is actually easier to cook with than parsley because it’s stems are more tender and they don’t need to be removed before adding them to recipes. Coriander (the dried seed form of cilantro) is used to make tisanes which cure upset stomachs, and it is also known for its’ detoxifying effects.

In Egypt, cinnamon is a popular soothing spice. This is my recipe from Nile Style: Egyptian Cuisine and Culture.

One sip of this drink brings me back to the open air coffee houses in Egypt where this is a popular after dinner and bedtime drink.   Egyptian cinnamon is pure cinnamon, and tastes mellower than American cinnamon.  Many Egyptian and Middle Eastern markets sell Egyptian cinnamon in tea bags to make the drink instantly. In the winter, substitute hot milk for the water for a delicious alternative to hot chocolate.

3. Pour liquid into teacups, and top each one with a teaspoon of mixed nuts.

Medical doctors in the United States have begun prescribing pure cinnamon as a therapy for type II diabetes patients because it has been proven to regulate blood sugar levels.

Ginger arrived in the Mediterranean via India during the spice trades.  In India, Ayurvedic doctors regard it as a traditional therapy known to activate the body’s fire element, which in turn burns up toxins.  It is used to relieve muscle inflammation, motion sickness, morning sickness, and indigestion.  Its zingy, warm flavor is added to soups, cookies, stews, and beverages.

2. Remove lid, strain tea into tea cups, and sweeten with honey, if desired.

Try incorporating a teaspoon of dried ginger or freshly grated ginger root into your favorite broth based soup and stew recipes. It will add great flavor and health benefits.

Fennel Tea is known to be both a breath freshener and digestive aid, which make it a very popular after dinner drink in the Mediterranean, Middle East, and Asia.  Middle Eastern stores often sell anise in tea bags, even though making it from scratch is not difficult and less expensive.

1. Bring water and anise seeds to a boil over high heat. Remove from heat.

2. Steep, covered, for 10 minutes and sweeten with honey, if desired.

3. Strain into 4 teacups and serve hot.

Start a relaxing evening ritual of drinking a tisane after dinner.  Decide which herbs you enjoy the most or possess the health properties you need, and prepare them in the same method as above. With time, the nutritional benefits will pay off.

Obviously, the “recipes” for tisanes are pretty simple, and you can swap out your favorite ingredients or try switching them up. Turmeric’s anti-inflammatory benefits and orange color, for example, pair well with the seductive flavor of cinnamon and increase its’ health and calming benefits. Chamomile could be used in place of the fennel seeds in the Fennel Tea recipe, and dandelion root could be used in place of any of the spices for a soothing yet detoxifying tonic.

Traditionally, tisanes are drunk after a meal, prior to bed, or to calm nerves.  This simple ritual can add both mental and physical health benefits to our lives.

5 Signs you are emotionally drained in the relationship