Prenups, Life Insurance, and Finance Advice Before Getting Married 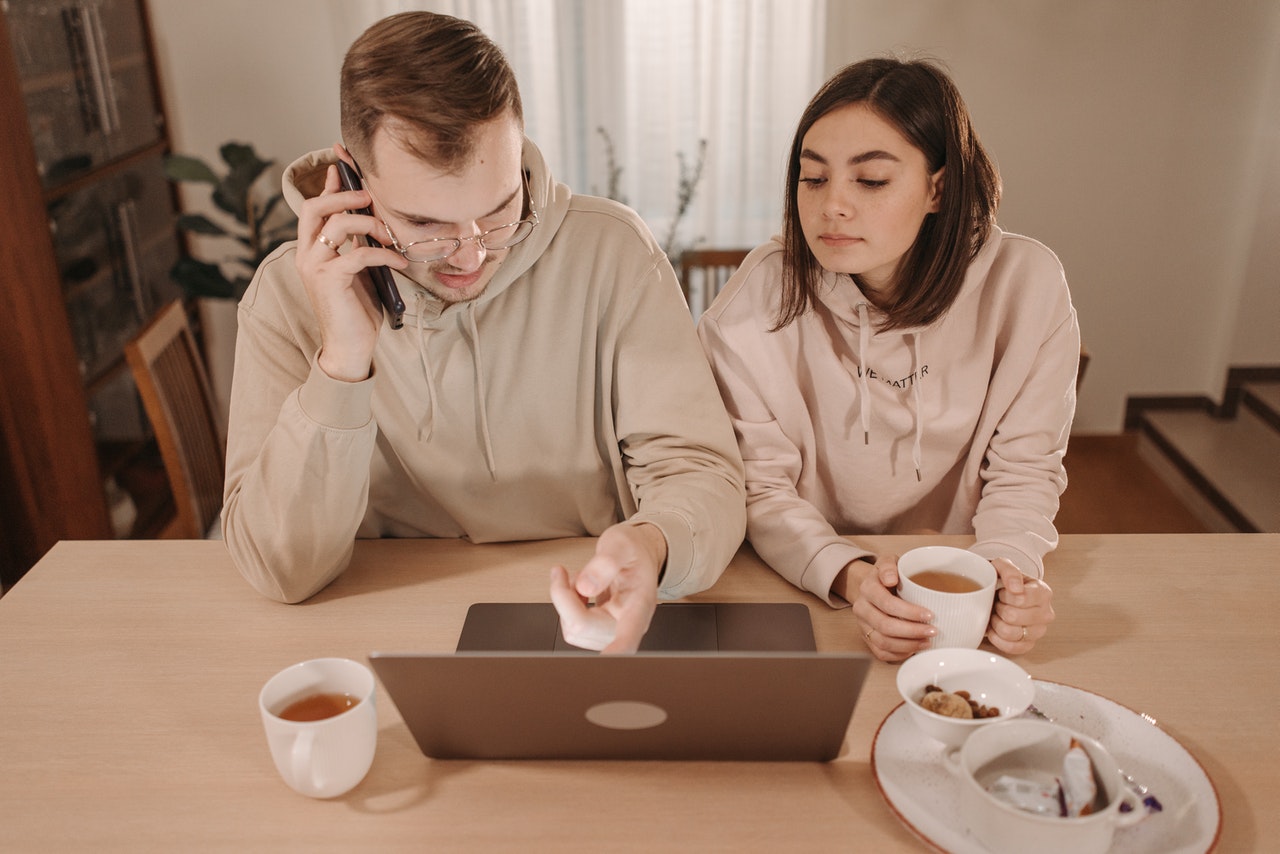 Having discussions about finances, like premarital agreements and life insurance, are probably not top of mind for newly-engaged couples, but it should be.

After the wedding flowers have faded and the honeymoon is over, spouses with the greatest chances of staying married are those who have full and frank discussions, not just about money but comprehensive financial planning.

This article discusses a few effective financial planning tools, namely premarital agreements and life insurance, that lovebirds should consider before saying “I do.”

Often, prenups are viewed negatively and can be a source of strife for couples, but they shouldn’t be. Prenups are meant to reduce stress, contention, and cost around a variety of financial issues related to marriage.

These written legal contracts are designed to give certainty to the parties’ desires and wishes about how to handle their assets and debts, not just in the event of a divorce but also in the event of the death of a spouse.

What is a prenup?

Premarital agreements, also known as prenuptial agreements or “prenups” for short, are legally-binding written contracts made between couples before they marry.

They determine financial issues like spousal support, also known as alimony or maintenance, as well as the classification and division of property, assets, and debts in the event of a divorce or the death of a spouse.

What is required for a valid prenup?

To be valid and enforceable, there are necessary elements of a prenup that must be satisfied.

While the specific requirements for a valid premarital agreement vary by jurisdiction, many U.S. states have adopted the Uniform Premarital and Marital Agreements Act (UPMAA), which sets forth uniform legal standards and ensures that prenups validly entered into in one state will be enforced by the courts of another state.

The formation requirements under the UPMAA are quite simple. To be valid, a premarital agreement must be in a record (in writing) and signed by both parties.

Because a prenup, by definition, is a contract made in consideration of marriage, the UPMAA states that such an agreement is valid and enforceable without stating consideration.

Typically, it’s an uphill battle to set aside a prenup. That said, it’s not uncommon for a party to try to contest a prenup’s enforceability. Like any other contract, a premarital agreement must be fair, reasonable, and not unconscionable at the time the parties signed it.

For example, if a party hid or misstated the value of premarital property and assets, that could affect the enforceability of a prenup. Also, although more difficult to prove, in some cases, a prenup will be set aside if a spouse is able to show he or she was compelled to sign the prenuptial agreement under a recognized form of duress.

The UPMAA also addresses the enforceability of prenups. The act states that a premarital agreement is unenforceable if a party against whom enforcement is sought can prove:

Having a prenup that sets forth the parties’ intention for dividing up property and liabilities in the event of a divorce reduces the contention between separating parties and makes it easier to have a stress-free divorce.

As long as prenuptial agreements meet the fairness, reasonableness, and conscionably requirements for the jurisdiction, they will be enforced in the event of a divorce (or a spouse’s death if the prenup deals with the distribution of assets at death). If these requirements are lacking, however, there would be a basis to attack a prenup’s validity.

What financial rights does a prenup provide?

Prenups allow parties contemplating marriage to structure the rights or obligations arising between spouses because of their marital status, such as:

Prenups cannot address child-related issues of custody, visitation, and child support. Issues involving children usually require court involvement and supervision to make sure the best interests of the child are being met.

Should couples make a premarital agreement?

A common misunderstanding is that prenups encourage divorce, but that is not their design. Prenuptial agreements are a planning tool that actually promotes marital tranquility and simplifies legal proceedings that deal with the transfer of marital property.

Financial arguments are the number one cause of divorce. Studies on why marriages end have shown that couples who argue about money — regardless of income, debt, or net worth — were at a higher risk for divorce. Money arguments tend to result when the couples are not open and honest about their assets and debts.

But if handled properly, with respect and dignity for the other party, premarital agreements actually can remove financial conflict from a marriage by putting everything on the table and deciding how the parties are going to treat property, assets, and liabilities, thereby making the marriage more stable.

Managing finances as a newly married couple is not always simple and easy, but it’s an inevitable part of marriage. What many engaged couples fail to realize is the importance of managing finances before the marriage.

This is particularly true given that nowadays, it is likely that both the bride and the groom will have accumulated assets and debts while they were single. For example, the bride may own her condo and have an ownership stake in the family business. The groom may be the beneficiary of a family trust. Both may have student loans or other premarital debt.

It’s important that couples discuss and plan around the financial pluses and minuses they are bringing to the marriage.

Not only should couples have frank and open talks about their financial situations, but if one or both of them have any property or assets they want to keep as their non-marital property, then it probably makes sense to have a premarital agreement.

A premarital agreement allows the parties to classify certain property, such as real estate, ownership interests in a business, 401(k) assets, trust assets, inheritance expectancies, and the like, as their non-marital property in the event of a death or divorce, even if those assets increased during the marriage.

When married people have to deal with divorce or death, the legal fees incurred during those legal proceedings can be devastatingly high.

The cost of divorce is very expensive with filing fees, the costs of serving divorce papers, and the whopper of all expenses: lawyer fees. Probate proceedings are also expensive, in part because of court-appointed administrators and lawyers who are entitled to seek payment of their fees.

Legal fees in a divorce or probate increase with the number of issues and problems that come up. Because prenuptial agreements have already addressed property and spousal support issues, there is less to fight about, which makes the process faster and cheaper.

Marriage is a major life event. When couples think about romance, life insurance may not be the first thing that springs to mind, but having the right insurance in place to protect your family is the ultimate act of love.

What is the best life insurance for couples?

Term life insurance lasts for a set time period. The policyholder can choose between a five, 10, 20, or 30-year term. The life insurance expires after the term unless the policy is renewed.

The cash value component of permanent life insurance policies works like a savings or investment feature that uses a portion of the premiums to build up value.

Communication is Key for a Healthy Marriage

The most important takeaway is that communication is key in every relationship. Couples need to communicate about financial issues before getting married. Having frank discussions about prenups and insurance is more important for your marriage in the long run than discussions about the wedding venue or caterer.

Every couple is different, with unique needs and concerns when it comes to prenups and insurance. As such, it is generally advisable to consult with a professional in your area to discuss your prenuptial agreement and insurance needs.