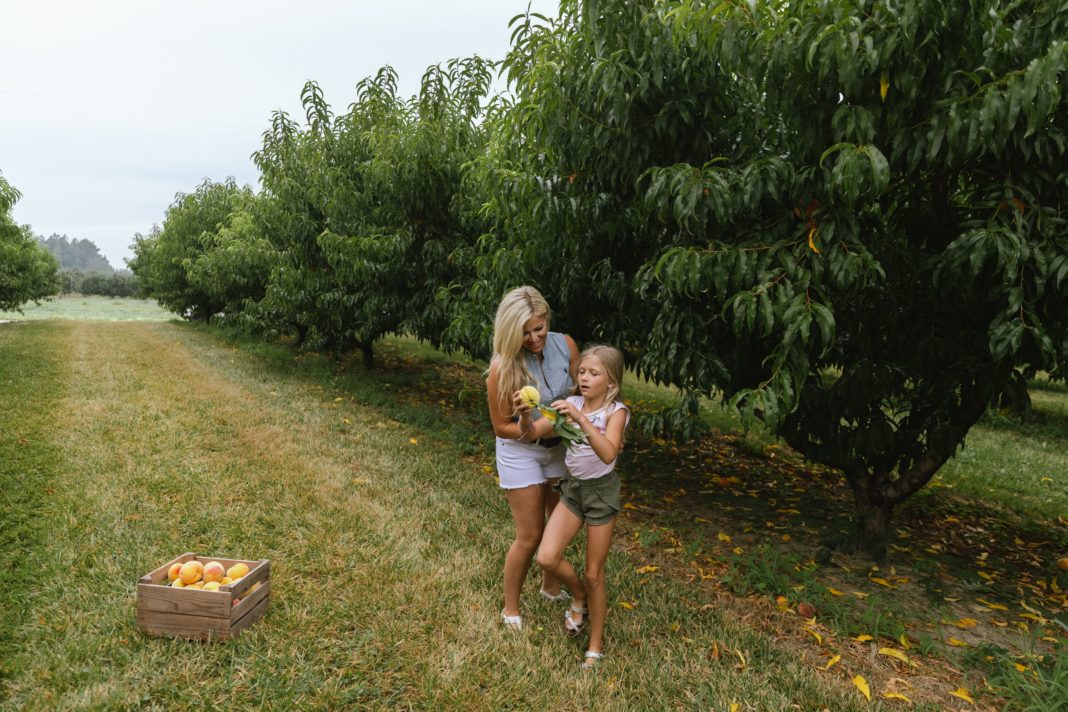 Did you know that more than 20% of the fruits and veggies in America are “too ugly” to make it off the farm and on the grocery store shelf? Our food waste is horrible and according to Feeding America, 108 billion pounds of food goes to waste each year in the US and is not only a problem here, it’s globally. Some countries such as France have implemented the “No Waste Law”, forbidding grocery stores to throw out unsold food and were compelled to donate instead.

In a fight against food waste on her very own family farm, third-generation farmer Katey Jo Evans decided to do something about it – to make ice creams, frobert, and sorbet with fresh fruit from her farm, using the perfectly imperfect produce that tastes delicious despite the way it looks birthing The Frozen Farmer.

A Shark Tank Season 11 who secured a partnership deal with Lori Greiner, has helped take the brand from being sold in less than 100 grocery stores in the local area to more than 8,000 stores nationwide in a matter of 12 months is female-owned and is a natural extension of the family’s mission to provide field-grown fruits and veggies, harvested at the peak of perfection, to feed your family and theirs.

When did you first realize that your farm was throwing out produce that wasn’t “sellable” but still edible?

I think every farm realizes that produce is being wasted but we really started noticing the problem was getting bigger when we started partnering with more grocers and retail stores. It was while supplying fresh produce from our farm that we noticed the specific qualifications grocers have to meet with how produce looks. Though it’s edible, if it’s not cosmetically perfect to meet a certain size and spec, it won’t sell. Approximately, 8 billion pounds of produce is wasted annually in the U.S. due to cosmetics alone.

Prior to Frozen Farmer, how much produce do you think your farm tossed daily because it wasn’t able to sell to the market?

It’s more than anyone would guess! We waste on average 15,000 pounds annually just from our 5 acre strawberry crop alone. 5 acres is actually very small relative to the 3,000 total acres of large-scale grains, processing vegetables and fresh market crops that we grow.

Who comes up with the recipes?

My mom had made homemade ice cream for more than a decade when we started The Frozen Farmer. She had her own family recipe book but we all contributed to new flavors and ideas. The fun part is tasting! Our kids are some of our key taste-testers and the best part about kids, they are always brutally honest when it comes to flavor! It’s truly a family effort.

What’s the top fruit that goes to waste and why?

Watermelons would be the top wasted fruit. We roughly grow 200 acres of watermelons. If a watermelon doesn’t meet the size and spec to fit in the bin to sell to the store, it gets scrapped. When a watermelon is perfectly edible, but just not the perfect size for the bin, there is so much product to work with!

What were some of The Frozen Farmer’s early challenges (prior to Shark Tank)?

Our biggest challenge prior to Shark Tank was not having a commercial kitchen and needing to build one on the farm. When we wrote our first business plan, we thought we could make ice cream and sorbet on a food truck. We went to ice cream school (Yes, really!) and learned what equipment, plumbing, and electrical needs were required to manufacture our flavors. We knew a food truck wasn’t a conducive environment to make our products. We rented a commercial kitchen space during our first year in business before we could build our farm creamery on our home farm.

In brief, describe the process of producing a good FrobertÔ or sorbet.

There’s surprisingly a lot of science that goes into FrobertÔ and sorbet. It’s having the right amount of stabilizers, sugars, or natural sugar substitutes that make it scoop easily and creamy. There’s also overrun – the amount of air that’s churned into the product during the freezing process, which makes it more or less dense depending on how high or low the overrun value is.  It’s a very specific process behind-the-scenes. If there’s too much water in your fruit or sorbet base, it won’t freeze correctly. Our frozen confections require a delicate balance of all the right ingredients to make our products scoop easily, hold a creamy consistency, remain smooth and have an incredible flavor profile.

Recently, The Frozen Farmer announced that they will accelerate its Kroger partnership in sponsoring JTG Daugherty Racing’s No. 47 Camaro ZL1, driven by Ricky Stenhouse Jr., in the 2022 NASCAR Cup Series.

The Frozen Farmer is available online as well as in Kroger’s and Wal-Mart.