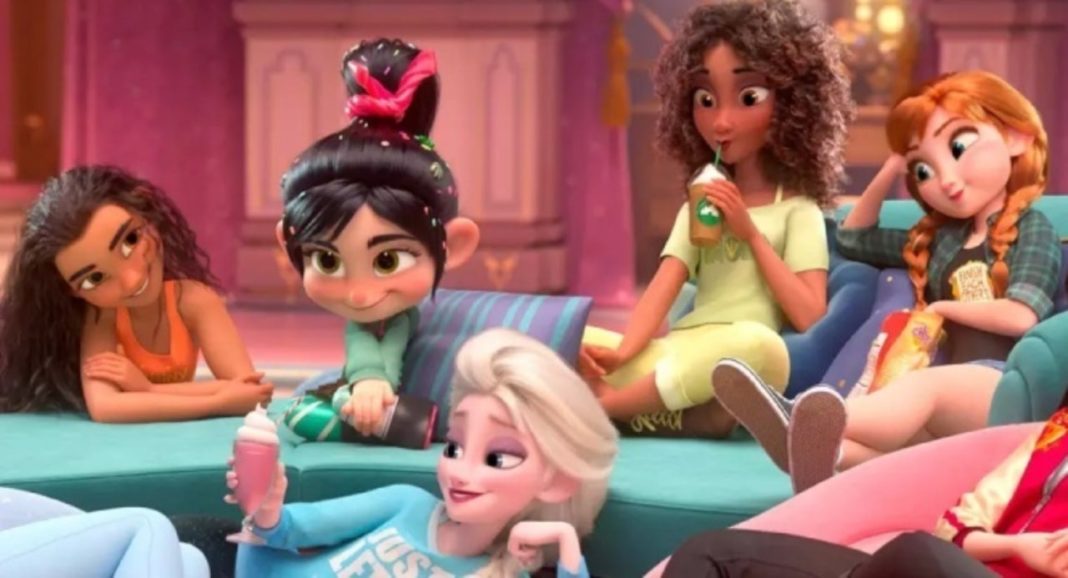 Movies are a great source of entertainment for everyone. For children, motivational movies especially animated ones can be a source of inculcating inspiration in them. Here we’ve come across such inspiring movies that gave us significant lessons to learn in life.

Indeed, movies play a huge role in promoting awareness and teaching the message through the right story. One of a few movies is known for portraying feminine power in a great sense giving us primary feminism goals. From inspirational to romantic movies, female characters have taught us various morals to follow in life.

We have listed down the ten best-animated movies where the female character led the story and proved the right meaning of ‘feminism’.

This movie is a perfect example of teaching girls the importance of self-confidence. Elsa’s (ice-princess) sister Anna is different, but her own way is also intense. Both characters have the weaknesses and ideals of helping each other. Perhaps the most prominent message in the movie is to be bold and courageous.

This movie broke the notion that “true love” must inevitably come from men.

When a terrible curse from the demigods of Maui arrived on Moana’s island in ancient Polynesia, she followed the call of the sea and searched for the demigods to get things right.

In the movie ‘Moana’ the female character is portrayed as a strong and independent woman. The movie’s ending tells us that it’s the female lead who saves everyone and gives an important message to be courageous.

Did someone say mothers can’t be bold and courageous? Wait! Then you just haven’t seen this incredible movie called – The Incredibles.

The movie will tell you how a woman can be an inspiration for everyone through the characters Elastigirl and Violet.

In the movie ‘Anastasia,’ the female character teaches us to be self-dependent and find our own way.

Anastasia is much more than a romantic movie. It enlightens us about valuing family. Anastasia symbolizes loyalty and strength, and she follows what her heart says.

The movie ‘Tangled’ is fun to watch. In this movie, the female character is brave and is not afraid to live a life of her own.

Rapunzel, a long-lost princess with the longest hair, spent living alone, dreaming of the world and waiting to discover it. At the end of the movie, she discovers who she really is with the help of Flynn Rider.

Princess Merida decides to live her life and goes against the habit of disrupting the kingdom. When Merida fulfills her wishes, she must rely on her courage and archery skills to undo a beastly curse.

‘Be Yourself’- This is the message that has been depicted in the movie ‘Brave.’ The movie has many strong women leaders who fought for themselves and didn’t accept society’s restrictions put on them.

An adventurous 11-year-old girl finds another world having sinister secrets that are a strange version of her frustrating home.

The theme of the movie ‘Coraline’ focuses on courage. The movie teaches you to be independent and fight for yourself. This is a brilliant message that everygirl girl should learn.

In the movie ‘Spirited Away, the female lead, Chihiro, has been represented as a brave female whose goal is to free her parents and get back home.

When the family moves to the suburbs, a moody 10-year-old girl wanders into a world dominated by gods, witches, and spirits, where people become beasts.

It’s an inspirational story of a girl who grew up during the Islamic Revolution in Iran. Through the eyes of a precocious and candid 9-year-old Marjan, the hope that people will be destroyed when fundamentalists take power.

The movie ‘Persepolis’ teaches every girl to stand for herself and be educated to have true freedom.

10. The Princess and the Frog

Desperate to fulfill the restaurant owner’s dream, the waitress tries to turn the frog prince into a human again, but she faces the same problem after kissing him.

The main message of the movie ‘The Princess and the Frog’ is that a woman should follow her dream with full determination, no matter who tries to stop her.

The movies depicting feminism bring to public attention the importance of empowering girls and perseverance.

The 10 Best Face Serums For Oily Skin To Enhance Luminosity