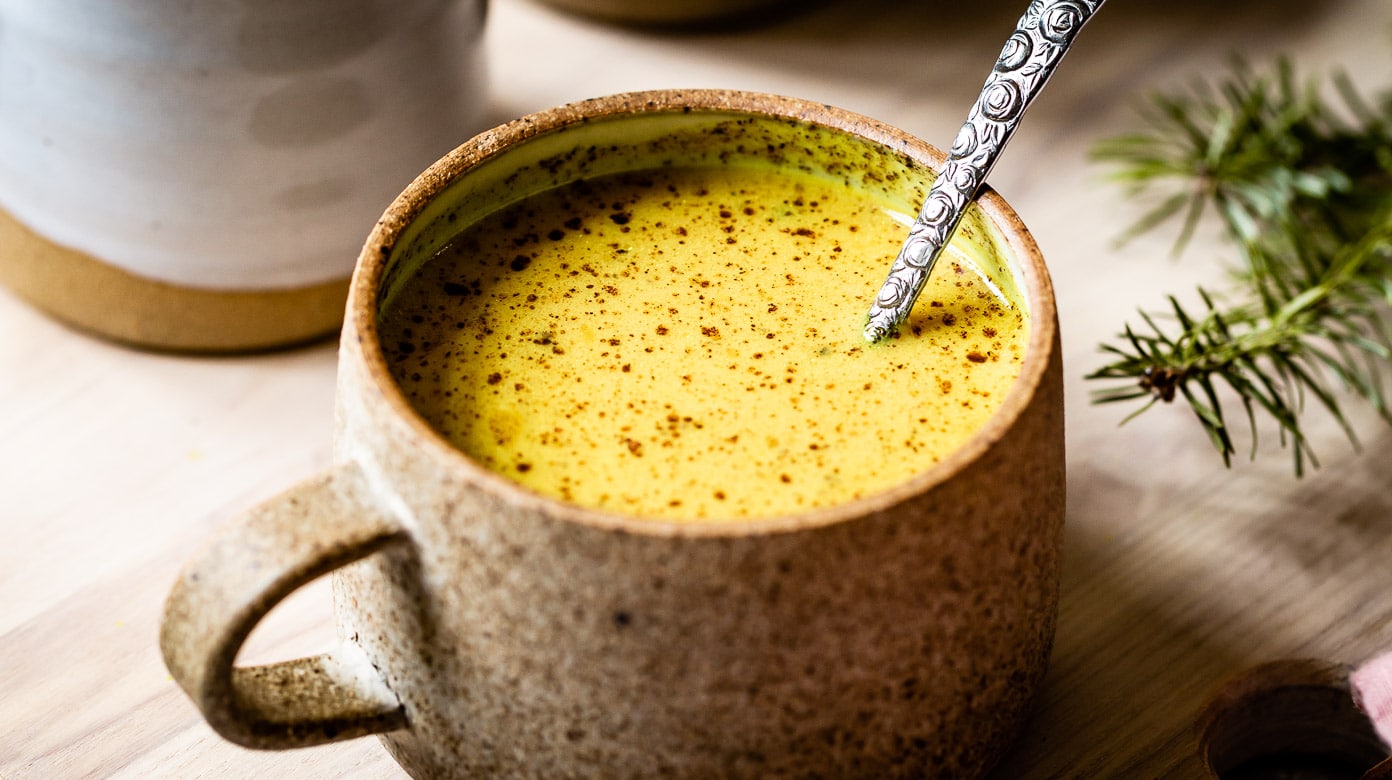 You may have heard of golden milk. It’s starting to become popular in the western culture. Turmeric is nothing new; in fact, it can be traced back over 4000 years as a culinary spice in India.

Turmeric is an ancient spice derived from the ginger family. The modern interest in this spice began in the 1970s when researchers found it to have anti-inflammatory and anti-oxidant properties.

In Indian cultures, the milk concoction is known as Haldi Doodh, “the milk of turmeric.” It’s a golden yellow beverage made with milk, turmeric, and other spices.

One of the main reasons it’s becoming so popular is because of its many known health benefits. People have been using it for years as an alternative to medicine. It’s been said to help with cough, colds, inflammation, aches, pains, and sleeplessness.

In this article, I’m going to show you how to make your own golden milk and why you should consider trying it.

How to make it?

Making golden milk is pretty easy, and you can do it at home.

Mix all the ingredients in a small saucepan and bring it to a boil. Reduce the heat and simmer for 10 minutes or until it becomes fragrant. Strain the drink into your cup and enjoy!

When to drink it?

Traditionally it’s recommended to drink it before bed. Drinking it at night can also help you to have a restful night’s sleep.

Some have reported drinking it in the morning, and they call it a latte.

Consuming a lot of anti-oxidants can lower your chances of infection or disease. Turmeric acts as a scavenger of free radicals in the body. It fights to slow down cell damage that’s caused by free radicals.

Its main anti-oxidant is curcumin.

Turmeric has anti-inflammatory properties. Scientists believe that chronic low-level inflammation plays a huge role in most western diseases. Finding something to help fight it is huge, especially when it’s natural.

Curcumin matches the effectiveness of some drugs that treat inflammation. It lowers histamine and increases the body’s production of cortisone. It’s able to fight at a molecular level by suppressing the molecules known to cause inflammation.

Because turmeric contains curcumin, it has been shown to boost mood and decrease depression; studies have been done that have shown some improvement in people with depression. The study compared anti-depressant drugs to turmeric. With something like depression, finding a natural aid is key. It certainly won’t hurt you to try it.

Turmeric is an immune booster that’s loaded with healthy minerals and vitamins.

The curcumin that’s in turmeric is responsible for enhancing immunity in general. Research has shown an increase in antibodies and more immune action overall with people who consume it.

On top of all that, the curcumin acts as a potent anti-carcinogenic. Turmeric also inhibits the enzyme responsible for the replication of cancer. This means it can aid in the fight against cancer and help prevent it.

Turmeric does wonderful things for your liver. It can increase the production of enzymes that are vital for detoxifying our blood. It breaks down toxins as it passes through the liver.

It’s one of the ten best herbs to treat poisoning because it binds with heavy metals, reducing them. It increases an enzyme (GST) that is essential for detoxification in the body.

Turmeric stimulates bile production, which increases your body’s ability to digest fat. This also helps remove toxins from the liver.

It can also normalize gastric juices. This makes it perfect for weak stomachs, poor digestion, and metabolism.

It can also help with digestion if you add ginger to your turmeric milk. Ginger is a common home remedy for upset stomach and nausea.

Turmeric purifies and nourishes the blood, which results in healthy, glowing skin. It can also help with skin diseases like acne, eczema, and skin cancers due to its anti-bacterial and anti-septic properties.

The best one is helping with premature aging. Who wouldn’t love that?

This natural yellow pigment is turning the health world upside down. It’s showing itself to be a non-toxic, natural anti-oxidant with a wide variety of biological functions. We should defiantly keep our eye on this one, and I strongly recommend that you give golden milk a try; you might just love it.