Putting The ‘Age’ In Marriage 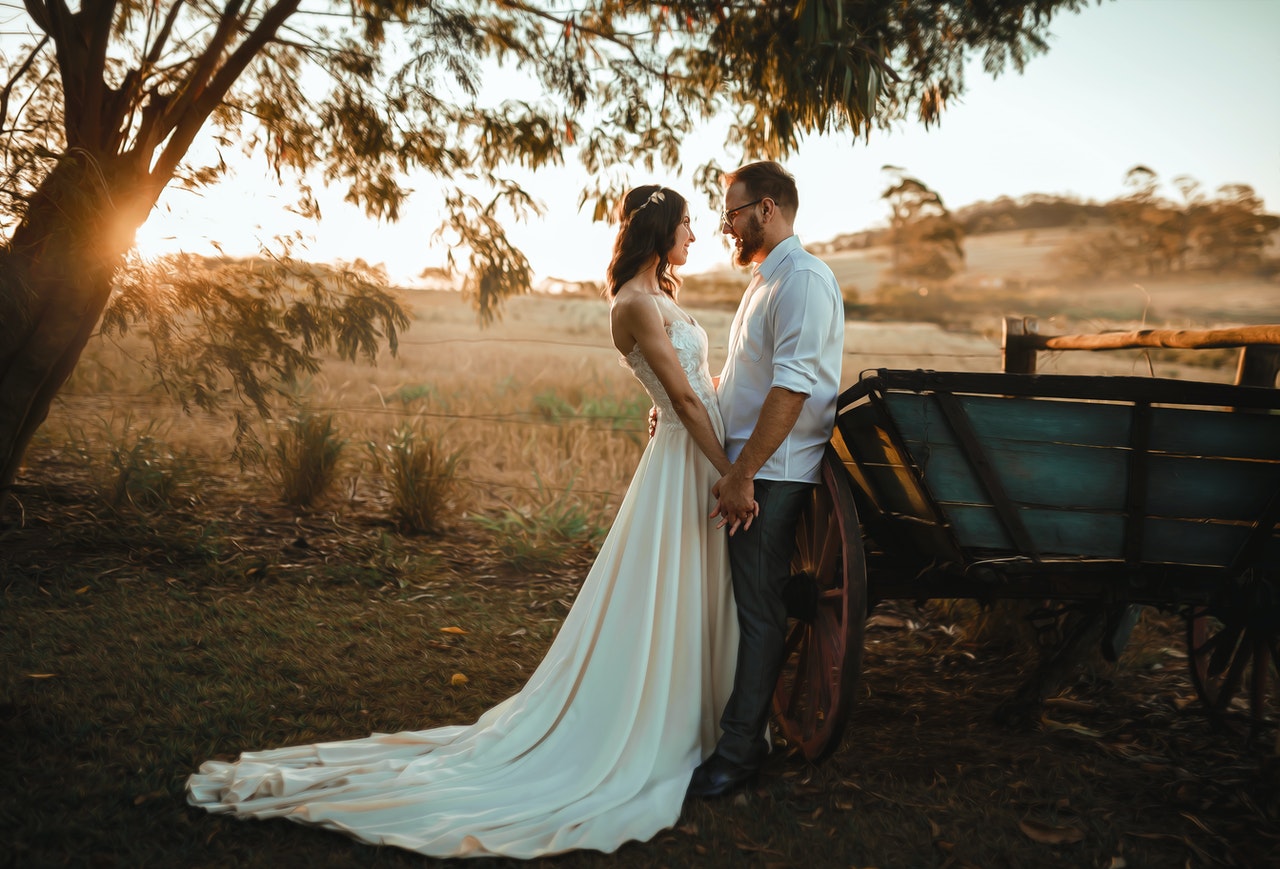 If you’ve only been married for three months or three years, then you must know one thing: it only gets tough. Not that marriage isn’t fun or worth it. It is! The only problem is that like everything else in life; you have to constantly work at it to keep it moving smoothly. I know that this makes it sound boring or even, dare I say it, like a chore but trust me that that is what builds a strong foundation for a long, lasting and happy marriage. After all, it was Barbara De Angelis, who said, “Marriage is not a noun; it’s a verb. It’s something you do. It’s the way you love your partner every day.”

Honestly, the guidelines to keeping a good and healthy marriage can fill up a 70000-word novel and still go on, but alas, I’ve narrowed it down to just a few points which I think are the most vital to keep in mind whenever a bump in the road comes up or whenever a doubt forms. However, remember that a marriage is between two people, and both parties are expected to participate.

By working, I don’t mean doing the laundry and cooking the food. Those things are a necessary part of daily life and a tad bit exhausting, but what ‘working on your marriage’ truly means is turning the bad parts into something worth looking forward to or if not that, then at least something not to dread.

This is where people usually give up, forgetting that the most important job of any committed husband/wife is to help their partner through the things that come along and try to tear them down. Be it outside interference, getting laid off work, a third party intruder, an unplanned pregnancy…it can be anything from a multitude of problems. Working through each problem, one at a time and together is what keeps a bond strong—even helping to strengthen the trust and communication between partners.

NB: You are a team and can face anything together.

However, turning these negatives, or life cannonballs as I think of them, into a plus can be a real challenge and only a person with a real dedication to making the marriage work will spare their time to make the other person feel positive, even in a drowning ship.

Remember, positivity equals motivation, and all things are possible when a person is motivated and has a love of their life-the spouse, rooting for them. But that’s just one aspect.

▪ Reading your partner’s emotions and considering their feelings.

▪ You are a place of comfort and refuge.

▪ Always present and able to take care of the emotional and physical wellbeing of your spouse,

The above are just a few of the things that come to mind when ‘working to keep your marriage healthy and alive’ is being considered. Obviously, there will be more, but trust that you can both rise up to the occasion.

For this, there really is no need to elaborate.

When you marry, your spouse will look to you first. Be it for guidance, inspiration, or just an encouraging smile every morning. But, the most important thing anyone wants from their other(better) half is unending support.

Being supportive of your spouse motivates him/her to do their best in all aspects of their lives. And even if the endeavour ends in a negative, what will be remembered is the unfailing support and assurance they received from you.

The things that get on every woman’s nerves is a husband who doesn’t pay attention to:

The things that aggravate any man is:

1. The misinterpretation of both his words and actions and, something I hate to say,

Usually, as time goes on, our bad habits(which were considered cute or charming before) start to aggravate our partners, and not being able to talk about the elephant in the room or confront the issue only causes a rift to form between the two people in a marriage. Thus, a lot of couples lose their sense of communication and the usual talent of having a connection, which is normally present at the beginning of a love-based relationship.

You will find that some married couples have a harder time communicating with one another than earlier in their relationship. This is because of the strain caused by no communication during the marriage.

Have you heard the famous line, ‘We don’t talk as much as we used to when we were dating.’

Talking, whether its to confront a problem, talk about what happened at work, telling a joke, accepting a joke, and the rest…all of these play a part in communication between people. Communicating is very important and keeps a relationship alive.

When you see an old couple sitting in a park, who have been married for over fifty years, what the secret to their long-lasting marriage was, the old man will always say with a hard-earned smile covering his face, “I always listened with a careful ear.”

What he really means is that one has to pay attention… If a man listens attentively to what his wife says the first time around, there will never be a need for nagging.

If a woman is understanding and open to communication, simply asking your spouse about why he said or behaved in such a way and waiting patiently for his response without overreacting first gives rise to a good and healthy marriage with a strong bond of communication. But remember, this goes both ways and so eliminates the most common cause of partners drifting apart.

Spending quality time with one another

Throw the phone away and spend an hour or two talking or doing…other stuff, together.

With the busy schedules affecting our lives nowadays, spending time with loved ones has taken the backseat for at least half the population. Yes, some take vacations every once in a while just to keep the bond alive, but no, that isn’t enough. Like I said before, you have to work on your marriage. The same way you work at being a good and dedicated worker or parent applies here. Despite the busyness, we have to make time to go to our work meetings, our son’s football match or our daughter’s ballet recital…if that can work then why not do the same for our spouses. Even if it can’t be done every day, at least a couple of hours a week. Nothing saves a marriage more than dedicating time for just the both of you. And this time doesn’t have to cost you anything.

• Watching a movie together

• Going out for a walk together.

• Catching the sunset, together.

• Spending some time in the bedroom…

These are just simple things that bring two people who have been having a rough time bonding again. You will notice your spouse taking pride in the fact that you actually care enough to put a smile on his/her face, especially by hanging out with him/her without the kids interrupting.

Remember, its the little things that leave a lasting impression.

Divorce is not the first answer

This is a sad one. So many marriages today all end in divorce. This is mainly because we are taught wrong; to take the simple and easy way out than expend more energy than you deem necessary on something that you give up on.

When you marry, you let go of your loneliness to become a part of a team.. People often forget this important point. (Note, I said loneliness and not freedom). Marriage is not a simple matter that one gives up on as soon as an issue pops up. It isn’t a race you can just drop out of. It is a union of two souls and should be treated and cherished as such.

Whenever a problem arises, you use the points above: communicate with your spouse, work it out to solve the issue, and then support one another. This is how all marriages worked in the ol’ days. People always did things together, and that was how there were hardly any divorce cases. Now, people feel weak if they have to depend on someone else, so they end up handling things on their own as a form of empowerment. But, marriage makes you a member of a team of two. You have to do things together. And when I say do things together, I don’t mean every single thing. Just the important things that you know need both you and your spouse’s attention. Being a team player is key here. Not overpowering the other or becoming a pushover either. It takes two.

So what if there’s a problem now? You just had a huge fight, and one of you called out the word ‘divorce!’

Well, As you know, nothing good ever comes out of an angry person’s mouth. Emotions are heated, and we say the wrong things, which only lead to more anger and more pain. The best thing to do in such a scenario is to take a break. Take a few minutes to just breathe and calm yourself. You start to think better, and you learn to see through the ordeal. Try to understand your partner’s point of view, and then only do you tackle the issue in a calmer attitude. Be it asking for forgiveness or having to compromise or whatever other peaceful solution there is to the problem. Never jump for the divorce button. Sometimes, all a marriage needs are some time to work out the issue. Divorce is something that should be ones very, very last resort, and not the first.

Then on to my last point,

• Fall in love every day.

One of the most important things that I have learned from being with my husband for over seven years is that with each new day comes its own challenges. Some days are hard, and some are good, and these things can affect the balance of feelings within us.

Stress can play a major role in causing people to lose interest and neglect their marriage whilst paying attention to other important things: kids, work, and paying bills. This is not done intentionally, and yet it still causes cracks to form even in the most solid relationships. The only way to keep emotions the way they were when you first realized You were in love is to do exactly that and fall in love with your partner every day. It may sound confusing. You may even ask, ‘If I am in love, how can I fall in love again?’

Well, the answer is simple. Take a breath as soon as you wake up. Look at your spouse and recall the start of your relationship, the hard times that kept you both close, and the beautiful moments that let you become even closer. Falling in love with your spouse is a simple matter. After all, you have done it before.

These are just a few things to take into consideration. Don’t ever let it escape you that to keep a long-lasting marriage takes both dedication and time from both partners.