Are you looking for some inspiration? Get motivated by these leadership quotes from women when you are leading?

Those days had passed when women were told that they were incapable of doing something which a man can do, or they simply did not have what it takes to be a leader in what we call “A man’s job.”

With time, women have proved to the entire world that they can become successful leaders in every field, raising their voices while proving their worth.

These are just some of the examples out of millions and millions of women who have broken their barricades every day.

The number of women in leadership positions is on the rise. Equality is improved when opportunities are distributed equally across both genders. In fact, during the time, whenever we talk about covid, New Zealand comes to our mind as it was the only country that successfully stopped the virus is spreading in their nation, thanks to their female Prime Minister Jacinda Ardern, while other nations were almost wiped out.

Every girl must take pride when she sees women in leadership positions.

The most recent feat of a courageous lady would be an excellent example for the abovementioned: Kamala Harris becoming the first woman to acquire United states presidential powers.

Let’s be inspired by these powerful quotes of successful women leaders of the world.

2. “There is a moment where you have to choose whether to be silent or stand-up” – Malala Yousafzai (Nobel peace prize laureate, Pakistani activist for education)

4 “My mother had a saying: ‘Kamala, you may be the first to do many things, but make sure you are not the last” – Kamala Harris (Vice-president of United States)

5. “There is really no such thing as the ‘voiceless’. There are only the deliberately silenced, or the preferably unheard”.

6. “A woman with a voice is by definition a strong woman. But the search to find that voice can be remarkably difficult. This ‘voice’ is your best tool to the boardroom …once you find your voice, hone it and practice”. – Melinda Gates (Philanthropist)

7. “These women are able to not just share their shame but to put the shame where it belongs: on the perpetrator” – Tarana Burke (Founder of me-too movement)

8. “I’ve always believed that when you educate a girl, you empower a nation” – Queen Rania of Jordan

9. “You should never let your fears prevent you from doing what you know is right” – Aung San Suu Kyi (Diplomat, author)

10. “Rock-bottom became the solid foundation on which I rebuild my life” – J.K. Rowling (Author)

11. “You cannot live to please everyone else. You have to edify, educate and fulfill your own dreams and destiny” – Viola Davis (American actress and producer)

12. “No country can ever truly flourish if it stifles the potential of its women and deprives itself of the contributions of half of its citizens” – Michelle Obama ( American attorney and author)

13. “I want every little girl who was told she was bossy to be told instead she has leadership skills” – Sheryl Sandberg ( Chief Operating Officer of Facebook, billionaire, and philanthropist)

14. “Speak your mind, even if your voice shakes” – Ruth Bader Ginsburg

15. “Stop running after the waves, let the sea come to you” – Elif Shafak (Turkish-British novelist, political scientist, and activist)

16. “Who you are surrounded by often determines who you become.” – Vicky Saunders (Founder, SheEO)

17. “Ninety percent of leadership is the ability to communicate something people want.”

18. “Magic happens when you connect people. I credit much of my success to always making it a point to truly get to know people and help them whenever I can. It’s become the backbone of our firm’s success. Women founders, in particular, are often highly skilled at making connections that can help advance their businesses.” – Susan Macpherson (Founder & CEO, McPherson Strategies)

19. Leadership is hard to define, and good leadership even harder. But if you can get people to follow you to the ends of the earth, you are a great leader.”- Indra Nooyi (Former CEO, PepsiCo)

20. “Emotional intelligence is the ability to use emotion to increase your own and others’ success.”- Annie McKee (Author and Business Advisor)

21. “Champions keep playing until they get it right.” -Billie Jean King

22. “My best successes came on the heels of failures.” -Barbara Corcoran

23. “We must believe that we are gifted for something and that this thing, at whatever cost, must be attained.”

24. “We need to reshape our own perception of how we view ourselves. We have to step up as women and take the lead.” -Beyoncé

26. Leadership should be more participative than directive, more enabling than performing.”

29. “People respond well to those that are sure of what they want.”

31. “People think at the end of the day that a man is the only answer [to fulfillment]. Actually, a job is better for me.” -Diana, Princess of Wales

32. “Stop wearing your wishbone where your backbone ought to be.” -Elizabeth Gilbert

33. “Part of leadership is knowing when to go ahead with a decision that’s within your authority because you’re really convinced it’s the right thing, even if other people don’t understand it at that point.”- Dr. Ingrid Mattson (Professor, Huron University College)

34. “Take criticism seriously, but not personally. If there is truth or merit in the criticism, try to learn from it. Otherwise, let it roll right off you.”

35. “If you are committed to creating value and if you aren’t afraid of hard times; obstacles become utterly unimportant. A nuisance perhaps; but with no real power. The world respects creation; people will get out of your way.”- Candice Carpenter Olson (Co-CEO, Fullbridge)

36. “You have to look at your career and personal life at the big-picture level: it’s a marathon, not a sprint. Doing that helps me feel OK during the weeks when one part of my life overwhelms the other.” – Joanna Horsnail (Partner, Mayer Brown LLP)

37. “No one else is going to build the life you want for you. No one else will even be able to completely understand it. The most amazing souls will show up to cheer you along the way, but this is your game. Make a pact to be in it with yourself for the long haul, as your own supportive friend at every step along the way.” – Tara Mohr (Leadership Coach and Author)

38. “Without being willing to fail and continually get back up again, I would never have been able to find the right market and establish my product within it.”- Kelly Manthey (Group Chief Executive, Kin+Carta)

39. “Courage starts with showing up and letting ourselves be seen.”

40. “I’ve always subscribed to the belief that the best leader is not one who has the most followers, but one who creates the most leaders. I strive every day — and in every program and offering we have at Integrous Women — to create more conscious, confident, and soulful leaders who, in return, will build a better world for all.” – Stephanie Courtillier (Founder, Integrous Women)

41. “You need to spend political capital – be unafraid to introduce people, compliment somebody when it’s deserved and stand up for something you really believe in, rather than just go with the flow.”- Amy Schulman (Partner, Polaris Partners)

42. “Leadership is about the team – the culture they keep and embrace, it’s about empathy for your customers, clients, employees and the communities where you do business, it’s about doing the right thing for the right reasons, being confident enough to take risks and responsible enough to think of those who your decisions and risks may affect.” – Kat Cole (COO & President of FOCUS Brands)

43. “The size of your dreams must always exceed your current capacity to achieve them. If your dreams do not scare you, they are not big enough.”- Ellen Johnson Sirleaf (Former President of Liberia)

44. “I’m a maniacal perfectionist. And if I weren’t, I wouldn’t have this company.”

45. “Making the decision to not follow a system, or someone else’s rules has allowed me to really dig into what my own strengths and gifts are without spending time feeling jaded or wasteful.”- Ishita Gupta (Founder, FearLess Magazine)

46. “Cultivate a network of trusted mentors and colleagues. Other people can give us the best insight into ourselves—and our own limitations. We must have the courage to ask for help and to request feedback to expand our vision of what’s possible.” – Maria Castañón Moats (Assurance Partner, PwC)

47. “Continuous learning leads to continuous improvement. Commit yourself to advancing your knowledge, skills, and expertise. The business environment is quickly changing, and your understanding of the leading practices, thinking, and emerging tools will help you manage for better results. Be a lifelong student.” – Pamela Gill Alabaster (Chief Marketing & Communications Officer, Centric Brands)

Want to inspire someone in your life today? Consider sharing this list with them. Looking for more inspirational quotes? We’ve got a post for that. 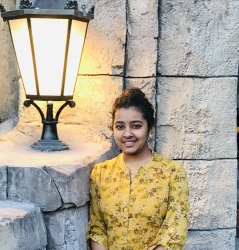 Neelima ks
This is Neelima, she is a bookworm and an aspiring journalist. She is also a passionate writer, believes it’s a form of art that peels off her soul which soaks up knowledge and wisdom. Her favourite genre is historical-fiction, along with a steamy cup of strong coffee. She embraces sea-breathe and worships the sea god Poseidon, loves to slip her feet beneath the turquoise water even though she isn’t a swimmer.

Sunshine is the best medicine. Isn’t it? The Best Quotes For Beach Lovers