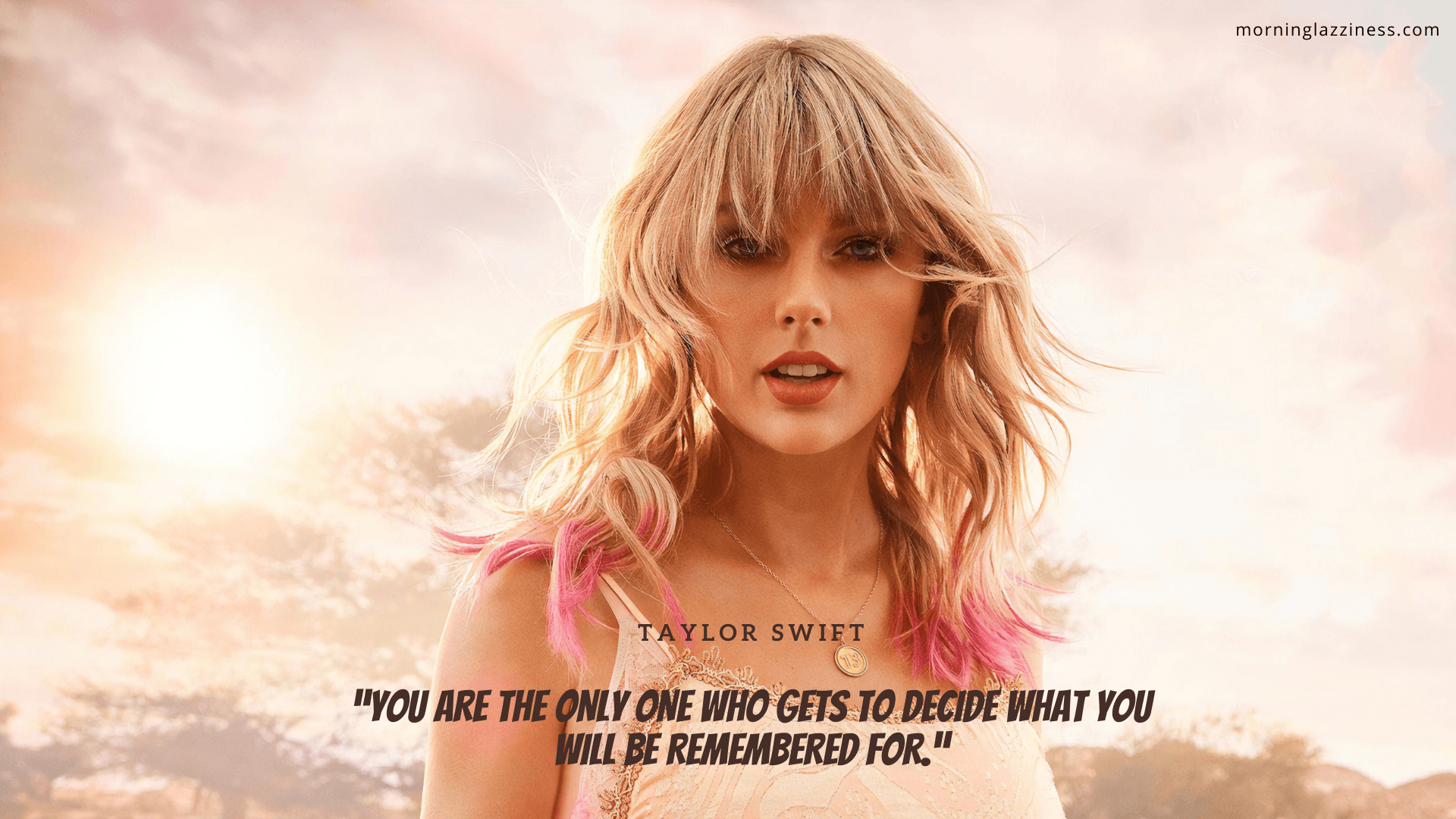 She has a discography of varied genres and is also a fantastic songwriter. Some of her famous singles include “Blank Space, “You Belong with Me,” and “Love Story.” The album “Red” that was released in 2012 was of the pop genre, while her albums “Folklore” and “Evermore” are alternative rock and indie-folk.

She is a very efficient and hardworking singer who has excelled in music despite facing hurdles. Along with her professional life, she has also battled many difficulties in her personal life. But in the end, she has come out as a strong woman.

Here we are sharing with you some of the best quotes by Taylor Swift that encourage you, motivate you, and surely make you feel powerful and back in love with yourself once again!

They say to do what makes you feel good.

We are not the same every day; we need an extra push every day to pursue our dreams and goals.

We look for inspiration, give ourselves a motivational speech, and sometimes need a helping hand to bring out the best in us.

“I never want to change so much that people can’t recognize me.” ― Taylor Swift

“The lesson I’ve learned the most often in life is that you’re always going to know more in the future  than you know now.”  ― Taylor Swift

“Your feelings so are important to write down, to capture, and to remember because today you’re heartbroken, but tomorrow you’ll be in love again.” ― Taylor Swift

“I approach love differently now that I know it’s hard for it to work out.” ― Taylor Swift

“If you’re horrible to me, I’m going to write a song about it, and you won’t like it. That’s how I  operate.” ― Taylor Swift

“Just be yourself, there is no one better.” ― Taylor Swift

“Your feelings so are important to write down, to capture, and to remember because today you’re heartbroken, but tomorrow you’ll be in love again.” ― Taylor Swift

“I am an over-achiever, and I want to be known for the good things in my life.” – Taylor Swift

“People haven’t always been there for me but music always has.” – Taylor Swift

“I’ve wanted one thing for me whole life and I’m not going to be that girl who wants one thing her  whole life then gets it and complains.” – Taylor Swift

“I’ve learned that you can’t predict [love] or plan for it. For someone like me who is obsessed with organization and planning, I love the idea that love is the one exception to that. Love is the one wild  card.” – Taylor Swift

“I fought the idea of having security for a very long time, because I really value normalcy. I really do. I like to be able to take a drive by myself.” – Taylor Swift

“Everybody has that point in their life where you hit a crossroads and you’ve had a bunch of bad days  and there’s different ways you can deal with it and the way I dealt with it was I just turned completely  to music.” – Taylor Swift

Inspiring Quotes By Taylor Swift That You NEED To Share

“I like things you can touch and things you can keep, because every bit of communication we have is ephemeral in nature. You can just delete an e-mail and it’s like it was never there” – Taylor Swift

“Being FEARLESS isn’t being 100% Not FEARFUL, it’s being terrified but you jump anyway…” – Taylor Swift

Want to inspire someone in your life today? Consider sharing this list with them and looking for more inspirational quotes? We’ve got a post for that.

How to Write a Business Essay: Step-by-Step Guide