Meet Tracy Lamourie An Inspirational Women In Hollywood, Who Has Built Her Career With Talent 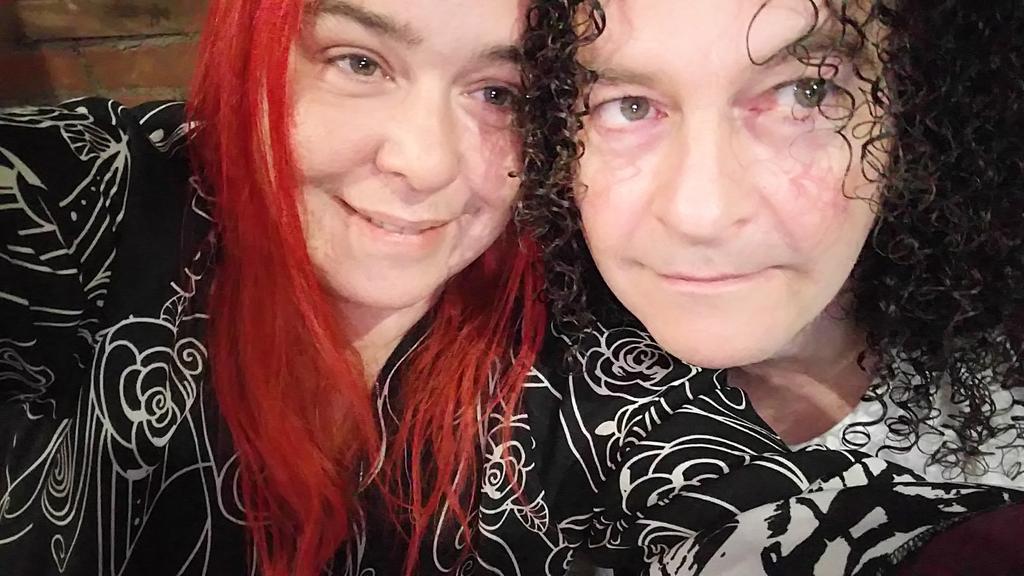 As a part of the Morning Lazziness series about strong women leaders who attained success with their incredible ideas, I had the pleasure of interviewing Tracy Lamourie.

“At the end of the day, we can endure much more than we think we can.”- Frida Kahlo

The winner of the FIRST PLACE PLATINUM award Hamilton Spectator Readers Choice for PR 2018, Diamond 2019, Tracy Lamourie is a high-profile international award-winning publicist. Moreover, the founder and managing director of ‘Lamourie Media Inc.,’ a Universal Womens’ Network 2020 Woman of Inspiration Winner for the Women in Media Awards, and the author of the upcoming book “GET REPPED- Build Your Brand with Effective Public and Media Relations.”

International Media recognized Tracy when her 20- year-long campaign resulted in freeing an innocent man from death row, which also helped her get more clients and significant media attention. She is a well-known advocate on various crucial worldwide issues and an award-winning international publicist working across industries from major entertainment projects to small businesses.

Many thanks for doing this for us; please let our users know about yourself and your inspirational journey?

Thanks so much, I’m the co-founder and Managing Director of Lamourie Media based near Toronto, Canada but working across industries and across borders! When people say my journey is inspirational, it makes me happy because I have always said that my message is: you can do it too!

Whatever your dream is – if you take the steps towards making it real instead of just thinking about doing it “someday,” you’ll actually start to get there -and who knows where you might end up? Only you can make it happen. Anyone who has watched my journey over the last decade – who saw where I started and where I am now – can see that you really CAN make magic happen!

Can you share a story with us about what brought you to this specific career path?

That is definitely a unique and interesting story. Not only did I never go to school for this, but I certainly never expected to end up here.

In 1998 as young activists, my husband Dave Parkinson and I, who were in entry-level sales and market research in our day jobs, became aware of the case of Jimmy Dennis, a factually innocent man on Death Row in Pennsylvania. Incensed at the deep injustice of this case, we felt compelled to become personally involved, which led us on a 19-year journey of leading the Justice For Jimmy Campaign.

This was years before we ever thought of starting a PR company; in fact, it was the success of our media messaging as young activists who learned to write a press release on Alta Vista, the precursor to Google, that got us interviewed on CNN, MSNBC, Court TV, Fox, in Der Spiegel, in People magazine, in newspapers across the United States including front page in Houston, a full documentary about us here in Canada on CBC’ TVs iconic The Fifth Estate….

Basically, we developed international reputations as thought leaders and media spokespeople with very little media experience and certainly no legal or PR experience! All of this when we were 28 years old. It took another 13 or so years – and all that time, we continued to work in sales and marketing while getting international media attention for our advocacy work. It wasn’t until I was 41 years old that it suddenly hit me that I could build a career using the skills I’d clearly learned well in that volunteer advocacy work.

The most important part of that story was that my friend, brother, and now Lamourie Media client, Jimmy Dennis, was released from Death Row in 2017. By the time he got out, I’d been a freelancer for several years and was in the middle of the General Partnership Dave Parkinson, and I formed -our original company called Lamourie Public Relations and Marketing. We actually never ended up doing any marketing- so we dropped that and renamed the company Lamourie Media to better reflect our media creation work when we incorporated it in 2020. Today he is an internationally acclaimed R&B artist – and of COURSE – a Lamourie Media client!

Can you tell us the most interesting story that happened to you since you began your career?

That’s a hard one – there are literally fascinating and exciting things happening every week! Of course, the origin story of how I learned to write a press release to help free an innocent man from death row is probably the most interesting one, but that was before I actually started my PR career. One of the early amazing things that happened is when I have just started my first company Lamourie PR, I was contacted by an amazing woman Professor Angela Sadler- Williamson, reaching out to me to do publicity for her then new, now award-winning documentary film, My Life With Rosie – about her cousin, civil rights legend Rosa Parks – a Rosa Parks was truly one of the heroes of my life – I still find it incredible that I had the privilege of sitting with two rows of Rosa’s family watching the documentary screen at a Detroit film festival, seeing my company name thanked in the credits! A surreal experience.

Can you share a story about the funniest mistake you made when you were first starting?

I’ve done this one a couple of times, when first starting, in the middle of my career – not so much in the last year, but that’s probably because it’s been covid for a year and a half, so I haven’t—seen as many people! I was walking down the street with Richard Pryor Jr, the actor, author, talented performer, and son of the legendary comedian – it was about an hour after I met him at the airport; we were walking down Toronto’s Yonge Street enjoying the Pride festivities, super crowded, and all of a sudden I tripped and – in his words, fell like a muppet! He’s a friend, but he couldn’t stop laughing… he said he wished he had caught it on film. That would only be vaguely funny except for the fact that I have some history doing that kinda thing! On a previous occasion, I was in front of a radio station waiting for my client who was being interviewed on air. Actress and Hollywood royalty Mariel Hemingway was at the station with her publicist, waiting to do her interview in the next segment. I was standing outside the station chatting with Mariel and her publicist after introducing myself. We were having a quiet conversation on the sidewalk, and suddenly my foot slipped on the curb and, embarrassingly, I fell RIGHT down on my butt! (What is WITH me and celebrities and falling on my butt?) Mariel was so gracious, very concerned, bending down to make sure I was ok as I get up and brush myself off. I laughed and said, “I did that on purpose; that’s my Hollywood entrance – I planned that now you’ll never forget me!” She cracked up, and we moved past me, being embarrassed!

None of us are able to achieve success without some help along the way. Is there a particular person who you are grateful towards who helped get you to where you are? Can you share a story about that?

My husband of 26 years, Dave Parkinson, and I have created all of our many successes over the years together – from the college radio show, he hosted that he brought me on to, to building the Justice for Jimmy Dennis campaign and our other justice work, to raising two great kids together to building what is now an internationally renowned company together. There are 26 years of stories, and a lot of them have been documented in the media.

There is no shortage of good ideas out there, but people seem to struggle in taking a good idea and translating it into an actual business. How did you overcome this challenge?

I often say many people don’t start businesses for the same reason they don’t do other things. When people ask me how it is that we spent 20 years trying to free an innocent man from death row as though it’s some epic thing, I point out that while it is pretty awesome, I think MOST people would do things like that if they really believed they could. But because most people don’t think they can ever have a real impact, then never try. That inaction that fear is what stops people.

What drives you to get up every day and work in TV and Film? What change do you want to see in the industry going forward?

The incredible projects I am working on! I’m privileged to work with talented directors from the UK to New York state, with actors, screenwriters who are putting incredible stories on the screen. In terms of change going forward, the entertainment industry needs to examine itself in the same way that other industries need to make sure it is equitable and equal, and fair in terms of opportunity for creatives of every race and gender.

How do you keep yourself motivated and humble throughout the day?

I’m motivated every day by finding another win for another client – every media mention, award, stage brings them further to their goals, and I feel privileged to be a part of that. It’s fun! Every success is like a little serotonin boost! I probably should learn to meditate or do yoga, but who has the time? I’m trying to fit in the time to eat and sleep properly and maybe even incorporate a little much-needed exercise. Soon. I promise. Humble? I know there’s nothing special about me, I might be smart and strategic, but the biggest reason for my success is that I don’t give up, and I always find a way. It turns out the ways I find have been pretty effective!

How movies potentially affect our culture and our youth growing up today?

I think that’s a question a psychologist could answer better than I could ( and I do have one on my client list!) But as a mom, there are always things I didn’t want my child to watch without having the life experience to understand. I think parents need to be aware, but it’s harder and harder in today’s media world to monitor, and broadcasters do have some responsibility. There are some disturbing things being put on screens out there that I don’t wanna process even at my age!

What are your “5 Things I Wish Someone Told Me Before I Started” and why?

My only real self-care routine is a hot bath with bubbles and a book at the end of a day, usually at 2 in the morning. I am well known for working most of the time I am awake, and I guess I thrive on that! My doctor is telling me to start taking it a little more easy though!

I would quote Nike’s Just Do It – but I prefer the Rocky Horror Picture Show’s “Don’t Dream It, Be It!” Never let the idea of failure make you fail before you even try!

Thank you for these fantastic insights. We greatly appreciate the time you spent on this.