Which Stranger Things Character Are You Based On Your Zodiac Sign? 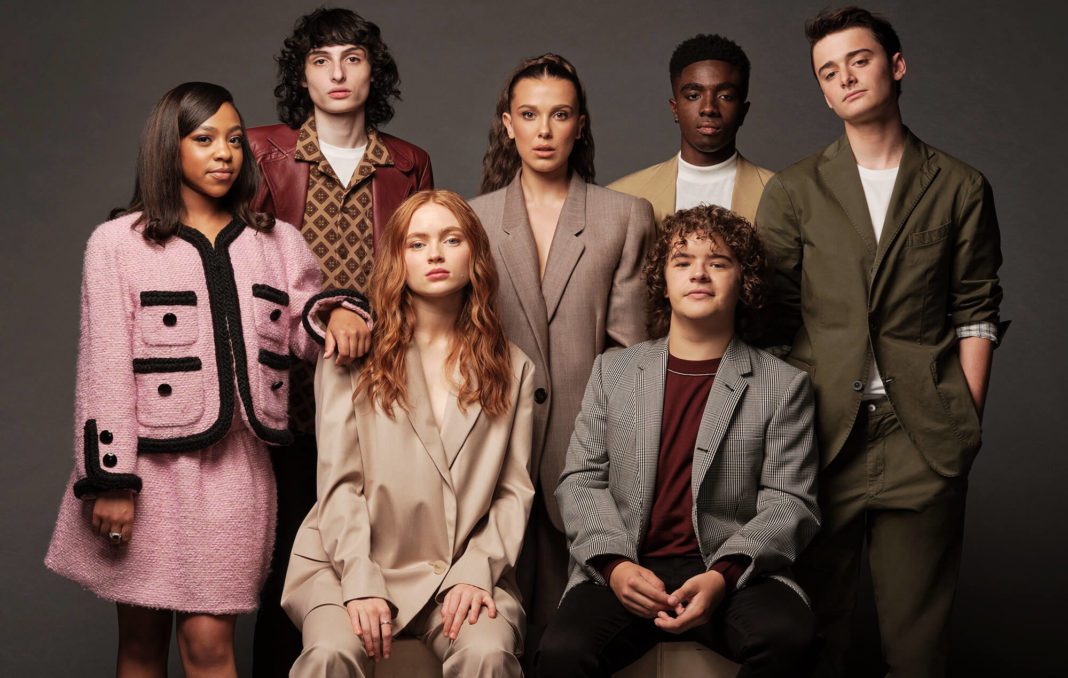 The characters of “Stranger Things” have played an important role in the series’ success. Sure, the ’80s aesthetic, synth-wave soundtracks, and retro horror stories help, but as the show grows, so does the ensemble.

Stranger Things has been a massive generational cast for years, from reformed high school bullies and teenage hackers to Soviet sheriffs and ex-scientists.

Season 4 of “Stranger Things” featured the show’s largest cast. Old favorites get new arcs that reveal different aspects of their personalities, the combination of new characters creates truly memorable moments, and newcomers do things in interesting ways. Some of these characters are incredibly well aligned with the signs of astrology. Are you interested in knowing which Stranger Things character you are? Read on to know.

Perhaps no scene showcases Joyce’s Aries traits in Season 4 better than her long-awaited reunion with Hopper. With the Demogorgon backing him and Dmitri (Tom Wlaschiha), Joyce furiously flips every switch and pushes every button in the Russian control room. Murray tries to calm her down, reminding her that she doesn’t know what she’s doing, but she keeps doing it anyway. Lo and behold, she finally finds the right one, and Hopper survives because of her. Flipping all the switches is characteristic of Aries.

Suzie reiterates the responsibility, dedication, and stubbornness of Taurus. In Season 3, for example, she refuses to help Dustin unless Dustin sings “The Neverending Story” with her. Her stubbornness continues to show in season 4. However, like Taurus, Suzie helps the group in need and keeps everything in order.

Robin (Maya Hawke) is the textbook Gemini in “Stranger Things” season 4. She basically talks the ears off of everyone she meets, especially Steve Harrington (Joe Keery) and Nancy Wheeler (Natalia Dyer). Robin may seem a little crazy at the time of these quick talks; she is anything but. She plans to use a video rental store’s customer database to identify potential customers, and she is the one who thinks music is an effective deterrent to Vecna. Even in the face of incredible danger, Robin finds a way to break through. Her journey to the Upside Down is incredibly terrifying, but just like Gemini, Robin can always find joy in the sense of discovery.

Sadie Sink’s Max Mayfield fits nicely into the cancer category, but that’s not a particularly happy reason. After the traumatic experience of seeing her stepbrother, Billy, hit by Mindflare, Max’s life was changed forever. Her mother works two jobs to help them, and Max mainly has to protect herself. She pushes her boyfriend Lucas (Caleb McLaughlin) and the rest of the cast away because of the hurt inside her, but she’s the same dedicated person she was in seasons 2 and 3.

No offense to all the wonderful Leos, but the best example of this fire sign from “Stranger Things 4” is the season’s big bad, Vecna. Initially introduced as a mysterious backward psychic, Vecna ​​was later introduced as the first subject of Dr. Brenner (Matthew Modine) and the youngest member of the Creel family, One (Jamie Campbell Bower). Flashback details how One brutally killed his mother and sister when he was still a child. After Eleven (Millie Bobby Brown) is unknowingly freed from Brenner’s reign, she embarks on a bloodier massacre. One is the worst of the Leos- someone who truly believes he is better and more powerful than others. But even as a villain, he still shows kindness and support towards Ell, reflecting a little spark of better quality on the signal.

It’s no wonder Jim Hopper is the resident Virgo of “Stranger Things” season 4. His entire arc in Russia is martyrdom, and Hopper confesses how it’s a curse, and he deserves to suffer. It’s a pretty intense Virgo thing, but luckily Hopper pulls it off with a little help from his friends. He finds new reasons to fight and new self-confidence, ultimately leading to a victorious reunion with Joyce.

Even in his darkest moments, Hopper continues to bring useful things to the table. He is the one who plans to defeat the Demogorgon and who collects the supplies. He always sticks to the plan when his back hits the wall – the true Virgo through and through.

When you picture a peaceful mediator that is Libra, you probably don’t picture Eddie Manson (Joseph Quinn) in “Stranger Things” season 4. He is an exile, a metalhead, and a maverick who rages against the high school machines. Still, as the season progresses, Eddie reveals that he’s surprisingly suited to the air signs. As the Dungeon Master of the Hellfire Club, he is the center of his own social world and takes that responsibility very seriously. The space he creates is safe, balancing different personalities to support the club’s prosperity.

It should also be noted that despite his sharp appearance, Eddie is a truly sweet person at heart. They come from a very different world, but it doesn’t take him long to connect with Chrissy (Grace van Dien). This is definitely a sign of empathy on the Libra level.

Especially in “Stranger Things 4”, Eleven embodies the spirit of Scorpio. She’s been through a lot, and all the weight gradually comes crashing down on her throughout the season. Who can she trust? A doctor who kidnapped her as a child and imprisoned her? A government agency that wants to weaponize her? Her friends, now so far away? All this uncertainty puts Ell in a state of self-preservation, and her main goal is to survive. It is an idea that many Scorpios are involved in. And like others with water signs, Eleven is a force to be reckoned with.

One of the new characters in Stranger Things 4 is Yuri (Nikola Julicico), a Russian smuggler and pilot who has agreed to help Joyce and Murray rescue Hopper. A constant prankster who is his biggest fan, Yuri epitomizes Sagittarius’ quality of travel, good humor, and the fire signs’ tendency to get into trouble. Is he a villain? Well, he’s certainly willing to do bad things for his own good. Still, it’s hard not to find at least a little adorable Yuri. That must be the classic Sagittarius charm.

Stranger Things 4 newcomer Jason Carver (Mason Dye) is a great representative of the last Earth signs in the zodiac. First introduced when he delivered a forceful speech to his friends from Hawkins High, Jason is your typical small-town golden boy. He is a well-spoken, handsome, and talented athlete and can even quote scripture off the cuff. That said, he still reads as pretty crazy. That is until his girlfriend is brutally murdered, and things spiral out of control.

Like many other Capricorns, Jason begins to anticipate the worst and decides that he is the only one who can save the city. His talking and watching only cause more trouble, but that doesn’t stop him. A know-it-all but still a solid leader to his friends, Jason is a classic Capricorn in every way.

Erica has always embodied Aquarius’ traits of independence and emotional heaviness, but in Season 4, she becomes a much more central player in the overall story. It turns out that Erica doesn’t just bring Snark; she genuinely cares about the fate of her family, town, and friends and repeatedly takes risks to help them. Yes, it can still be a bit difficult sometimes, but that’s the Aquarius way.

Unsurprisingly, Will Byers (Noah Schnapp) is the patented Pisces from “Stranger Things 4.” A mysterious actor who never lets go of his childlike personality, Will is highly sensitive to the people around him and is often the smartest person in the group. Heck, his nickname on the show is “Wise Man.” Whether it’s his mysterious paintings or his sweet way of talking about social situations, Will repeatedly proves that he has the soul of a Pisces.