10 Best Female Authors of All Time & their Famous Books 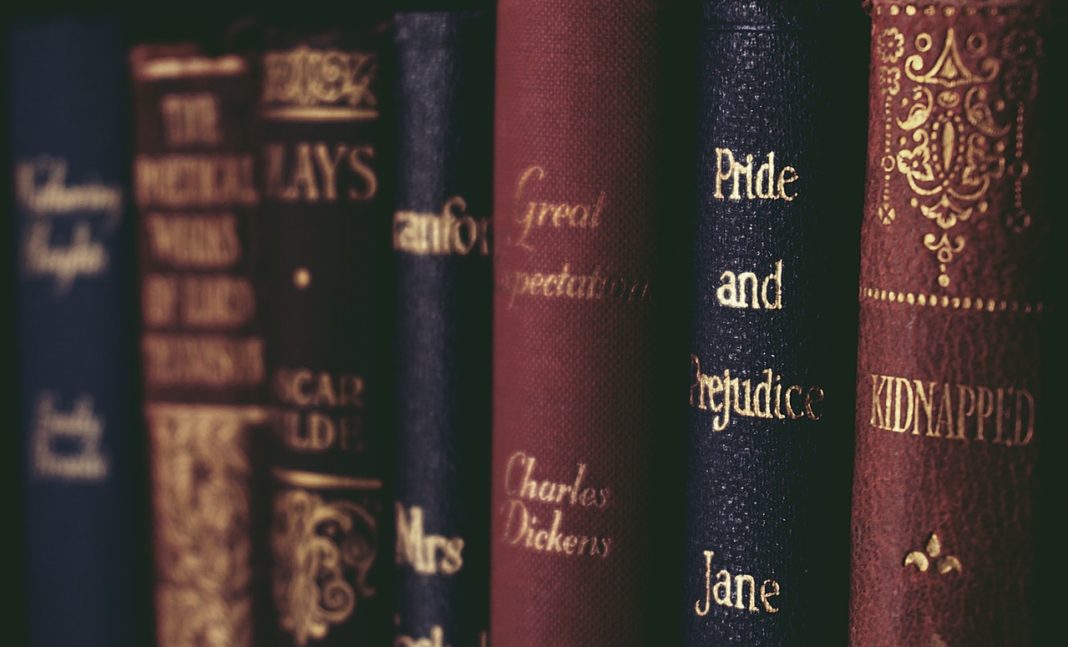 Females have always been great in every field- science, technology, engineering, and mathematics (STEM), be it flying an aircraft to leading a company, writing a book to achieve in mathematics, they are nowhere behind.

Many females have voiced their opinions through the books and social works they do for the welfare of society. They have shared their personal experiences and how they stood for themselves- in these books. It has given them the strength, passion, and ideas they were always looking for.

Here is a list of the best selling female authors and their best books to read. These books are a simple masterpiece of their journey and have helped a lot of readers.

Why read these best selling books?

These are not just books but guides that help you deal with various issues in life. Only a woman can truly understand the pain and struggle of other women. These female authors have done a great job of portraying these struggles. These books will keep you glued to them until you finish them. I assure you, these books will amaze you and something you will definitely relate to.

Novel- Black Milk: On Writing, Motherhood, and the Harem Within

Postpartum depression is a serious problem. And like every other mental health issue, it is not given much attention. It has been affecting millions of mothers in the world. And the author has herself been a victim of the same. This book is all about that, from her personal experiences to voicing the issues of other women dealing with the same. By way of this book, the author has highlighted the struggles of mothers, including hers, and how literature became her salvation in these tough times.

Chitra Banerjee is an Indian-American poet and an author whose works are mostly based on Indian culture and epics. She has won many awards for her works. One of them being the American Book Award for her book Arranged Marriage.

Novel- SISTER OF MY HEART

SISTER OF MY HEART is a widely loved novel. The story focused on two countries, India and Chicago. Where two girls born on the same day lost their fathers, they are starkly different from each other. Despite that, they were sisters of the heart. They bloomed together into womanhood and had a heart-to-heart connection. But then something happened, which shattered their connection, and they developed feelings of envy and suspicion towards each other. However, through the challenges in their life, they learn that they have only each other to look back to. It is a very beautiful story in a typical Divakaruni style.

Jane Austen is an English novelist who is appreciated across the globe for her writings. Her novels are very popular, especially pride and prejudice.

An enlightening book by Jane Austen. This is a tale of two hearts at war. It is the love story between Elizabeth Bennet and Mr. Darcy. Till now, they are one of the most iconic couples in literature. It is a witty tale woven by the author. This story was written by her in the 18th century, but it still intrigues the readers to date. Her books mostly throw light upon what women go through and their life after marriage. The author quotes this book as her own child.

Tara Westover is an International bestselling memoir. Her books were selected by Amazon and various other media houses like Sunday Times, The New York Times et cetera, as the book of the year.

Tara, who is alive, has no identity in the government books in this book. She has no birth certificate. Not even the school records, and how she would have had that, she never got a chance to study. Living and surviving in a patriarchal and violent family, she had no chance of growth. One fine day she decided to step out of the toxic environment. That is when she found the power of education. It is an incredible read. So, wait no more to grab your copy.

She is an American novelist, a literary critic, and a short story writer. She has been a winner of the Award for literary excellence. Her famous works include Breathing lessons and the Dinner at the Homesick Restaurant.

This novel unfolds the complexities of a marriage. A couple who was madly in love despite their differences gets married. However, shortly, the arguments start erupting, and things get messed up. The consequences of their mismatched marriage start enfolding. The story takes place during World War II.

Charlotte Bronte is an English author. Surprisingly, his book was published under the author’s pen name ‘Currer bell.’ Her other famous works include Villette and The professor.

Published in 1847, Jane Eyer is one of the most loved female characters in literature. This novel is considered revolutionary as it shifted the focus from the plot to the main character’s moral development. It is one of the most famous romance novels of all time.

She is an English novelist and playwright. She is best known for writing children’s novels. Her novel I Capture the Castle was adapted into a 2003 film version.

Novel: I CAPTURE THE CASTLE

This was the first novel written by author Dodie Smith. She wrote this novel during World War II when she had to move to California with her family. This novel is one of the 100 top novels as per the BBC’s list. This novel is a diary of Cassandra Mortmain, which tells of her extraordinary family and their crumbling castle home. Shortly, things start to change after their new American neighbors. It is a well-written romance novel.

She is a Scottish novelist. Apart from novels, she writes essays, short stories, and poetry. Her first novel, The Comforters, was published to great critical acclaim in 1957. It featured several references to Catholicism and conversion to Catholicism, although its main theme revolved around a young woman who becomes aware that she is a character in a novel. In 2008, The Times ranked Spark as No. 8 in its list of “the 50 greatest British writers since 1945”

It is a psychological thriller. Revolving around a crime scene, the story is turned inside out. Here, Lice visits Rome for his summer holiday and gets killed there? How? Who did it? You will get all your answers only if you give it a read. This book keeps its readers on edge. It is a completely unpredictable one—both a funny and a terrifying novel.

She is an American author and a zoologist. She has written the memoirs Cry of the Kalahari, The Eye of the Elephant, and Secrets of the Savanna, with her then-husband, Mark, about their time studying animals in Africa.

Novel: WHERE THE CRAWDADS SING

This novel is about the story of the Marsh girl, and the locals are afraid of her. They believe she has some unnatural powers. On the other hand, the Marsh girl is a beautiful and intelligent girl who has been living in Marsh for many years and all alone. But, there comes a time when she yearns to be loved, and then something very unpredictable happens. What? No more spoilers; grab your copy and find it out yourself.

She was a major literary figure in the 20th century. She has written some groundbreaking novels. Apart from that, she also penned various essays, letters, and journals.

Novel: TO THE LIGHTHOUSE

This novel is based on a family which contemplates visiting a lighthouse. But, there is no fixed plan to do so. The protagonist has various aspirations like becoming an artist and also related to the lighthouse. Do you think he will be able to visit the same? For that, you have to read the novel.

So, these are some of the top selling authors, and their books are a must read for everyone. If you like these recommendations, do share them with your friends. Happy Reading!