How do Men Feel After Sex? 5 Questions That Go Through His Mind After Orgasm 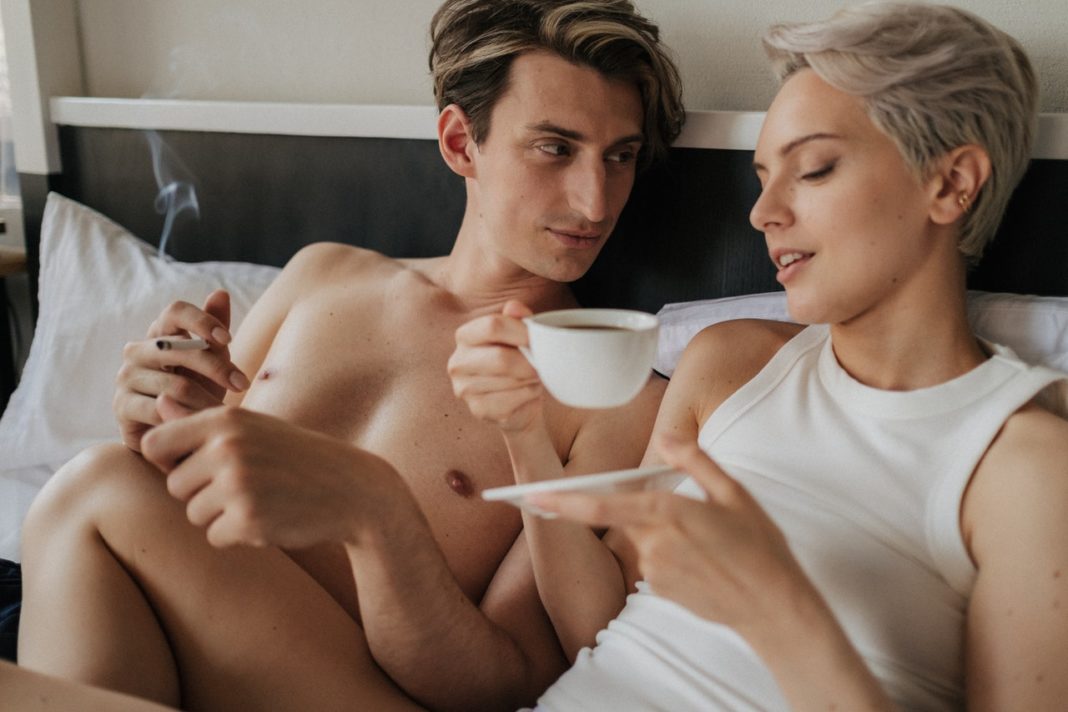 Comedian Russell Brand notably said, “I like threesomes with two women, not because I’m a cynical sexual predator. Oh no! But because I’m a romantic. I’m looking for ‘The One.’ And I’ll find her more quickly if I audition two at a time.” So we know what he was thinking when he was enjoying a romp session with more than one woman at a time. But what do other, ordinary and not-so-ambitious-in-bed men think about after sleeping with a woman?

It is believed that when men release sexual tension with every orgasm, they feel intense, euphoric pleasure. The aftereffects of an orgasm can last anywhere between five minutes up to an hour. In what is colloquially known as “post nut epiphany” or “post nut clarity,” a man often experiences “a period of lucidity” where a lot of things go through their minds.

Here are 5 questions that can go through a man’s brain immediately after climaxing.

“Did she have an orgasm?”

While not all men bother about pleasing their partners in bed, you always know that you have got a good catch if one of the immediate questions that pop’s into your man’s head after he slept with you is whether you climaxed too. Unlike men, it is not that difficult for women to fake an orgasm.

As a result, men cannot always tell if their partner has actually climaxed or not. And if you two are sleeping for the first time, chances are he would hesitate to ask you straight away if you had a good time. But that does not mean the question won’t keep swirling in his mind as you lay on the bed spooning each other after the main act.

Also, it does wonders for a man’s ego to know that he was able to make a woman orgasm. And nothing is better if he can climax along with his partner. This assures him of his talent in bed and capabilities to please a woman. The fact that you climaxed and he had a significant contribution in making that happen adds to his excitement post-sex.

The post-sex period is typically different for men and women, even though there are some exceptions. While most women would want to cuddle or spoon after having sex, a man prefers random activities like watching TV and eating after sleeping with a woman. This is especially true for men engaging in casual sex.

However, this might be different for men in relationships, who often tend to take into consideration the feelings of their partner or even want the same things as their girlfriend/wife after making love.

However, if it’s just a one-night stand or a random hookup, a man is going to be thinking about whether he should stay or go after he is done having sex. He might be wondering what the right time was to leave if he is at your place. If you’re at his apartment, he is probably wondering if he should let you pass the night or request to drop you home.

If you guys have used a condom, this question would probably not take precedence in his mind. However, if it was a random hookup and both of you were drunk enough to not bother about protection, this might be the leading concern in his mind after sex or the morning after, especially if he climaxed inside you.

If you two are in a relationship, just asking you will not be a problem. But if it is a one-night stand, he will definitely find it harder to pose the query in front of the woman and instead be worried about possible pregnancy scares in the near future.

“Should I tell my friends?”

If you noticed your man texting on the phone immediately after having a steamy encounter with you, there is a possibility that he is telling his friends about the experience. However, don’t worry; most men don’t tend to share sex details like women are used to doing.

So the primary motive behind a man sharing any sexual experience with a friend is to collect the praise and boast about his active love life. Since they are excited about the encounter, they cannot wait to tell at least their best friend about it.

After a man has had sex with you, you can bet that this question will run at least once through his mind. Call it ego-stroking or boosting self-confidence, every man wants to book that unforgettable spot in a woman’s mind after a sexual encounter with her. So if he is not your first in terms of sexual experiences, he will definitely be wondering if you consider him better than your exes or other partners.

That does not mean he will have the guts to ask you the question. Hence, it will be one of those annoying queries that will haunt him in the moments post-sex but will never be answered.