The thing with coffee is that you either hate it or you are addicted to it. And sometimes, even those who don’t like it drink it anyways. It is a staple in people’s lives and quite a big part of many cultures. Coffee is a big part of our lives, especially when you are a student or someone who works two jobs or simply participates in a ritual like going on weekly coffee dates with your friends.

Once you get into a discussion about coffee, it can be intriguing to learn about all the different types and ways to prepare it. With all of that being said, coffee has a big part in our everyday lives. Therefore there will always be different stereotype drinkers. So here is a list of some of the types of coffee drinkers out there.

Every baristas nightmare is someone who wants a special made-up drink. Their order consists of at least five words, and if it’s not every single thing that they have wanted, the drink will be returned. They want to mix up all the different flavours, substitute the sugars, and most importantly, they must have their milk substitute, preferably unsweetened almond milk—the more things in it, the better the drink. Obviously, the coffee part is not even important to them; the drink is just to make a statement.

A true coffee lover who just won’t accept anything that isn’t top-quality coffee. They are obsessed with studying all the different coffee bean types just for fun because the whole meaning of life is coffee. The coffee that isn’t top-quality filter coffee isn’t considered to be coffee. If they could, they would live at artsy coffee shops, because they basically already do. Don’t even try to ask them anything coffee-related because that will result in them giving you an hour-long lecture about the best coffee types. And if you tell them your preference, they will most likely get mad at you because that isn’t a proper way to drink coffee, and they will tell you that you are doing it all wrong.

The 20 Grande Americanos per Day

This is your biggest addict out of all coffee types. They drink at least 4 cups of coffee a day, and there is a small chance that you will see them out in public. They will drink their coffee with every meal as well at any time of the day. Without those main 4 cups of coffee, they won’t be able to function. While they do enjoy drinking absurd amounts of coffee, most of them can’t tell and don’t know the difference between all the blends, tastes, and brands of coffee. They are just addicted to drinking plain watered-down coffee. Even if it tastes bad, they will drink it because it’s coffee.

Let’s face it; during exam seasons, coffee is something no student can go without. But this type of student will already drink coffee on a day-to-day basis, but when they need to be productive and learn a lot of things at once, they will drink absurd amounts of coffee. It doesn’t matter where the coffee has come from or how bad it tastes; they will drink it because coffee equals energy. If it contains caffeine, it is good.

Most of them have coffee pod machines that make their lives much easier because they require minimal time to be made. All they have to do is put in the pod and push a button, and they have coffee. But after the exams, they will proudly tell people that they are not addicted to coffee, and they don’t need it to study; they just like to drink it.

A cappuccino drinker is your regular day to day coffee drinker. They actually love the taste of cove, but they don’t necessarily depend on it. Also, they aren’t picky about what blends they drink. They won’t say no to the coffee it offers, but they don’t need it to get through the day. But at the same time, they still want to drink that one cup of coffee in the morning. Don’t try to talk them into trying out different types of coffee, but they don’t want anything fancy. A cup of plain cappuccino is the way to go.

People who drink cold brew coffee are planners and like to make lists and think ahead at least three steps. That is because the process of preparing the cold brew takes a lot of time and precision. They are a little predictable and methodical people. They know exactly what they are eating with their coffee and have their days planned out to the minute.

The guys that drink straight black coffee see themselves as superhumans, almost gods. They believe that that is the only and the proper way to drink coffee. They have a third scene, so they are immune to any kind of coffee manipulation. Whatever you say or recommend, these people will only drink their coffee straight black, no sugar, no cream, no anything, just pure coffee. They see other coffee drinkers as sinners because they mix their coffee. They believe that coffee should only be straight-up drunk black because that is the only way to get the full experience.

People who drink straight black coffee consider themselves superhuman, but people who drink triple shot black coffee are the opposites in movies that are the ones who are in the shadow in the corner hunched over their computer or a book. They will gulp down three cups of black coffee per hour in order to be as productive as possible. In most cases, they are twirling their mustaches with their shaky hands in flannel button-down shirts.

These are the people who can go weeks without taking a sip of coffee. But they do love to drink their gallons of tea, but never coffee. They enjoy the taste of coffee and occasionally have a good coffee cup, but they don’t need to drink coffee to survive, unlike all other types of coffee drinkers.

Your basic espresso drinker is simply a purist. They don’t want anything fancy; a simple coffee-flavored drink is more than enough to make them happy. Just like being satisfied with a tiny coffee cup, they are satisfied by the simplest things in life. Espresso drinkers are not going to mess around, and they will always tell you the truth no matter how hard it is to hear.

All of the serious coffee drinkers will know that the most expensive and the best coffee in the world is the Kopi Luwak coffee. People who drink only this coffee are extremely wealthy and a tiny bit arrogant. While most of us will only get to take this coffee once in our lives, they drink it daily.

This is your simple, instant coffee, quickie lover. They are usually too busy to deal with all the fancy brewing and milk frothing. They don’t have time for any of that, just boil water, open a can of any instant coffee, mix it up, and add whatever you prefer and they are good to go. As long as it smells like and tastes like coffee, it is good enough to drink. They reticulated to get on nerves to staring black coffee drinkers because they are ruining the experience. In most cases, they have seen their parents growing up make this type of coffee, so they just inherited that trait.

These are the people who like the taste of coffee but not so much the effects of it. They are usually the easiest to please and the friendliest of all. Also, they just sit quietly, sip their decaf coffee, and chat with their friends. The best part, they don’t push their opinions on anybody and just like to sit down and indulge in their decaffeinated coffee cup. Because they don’t need to drink coffee in order to be awake or get through the day, they are stronger than that.

Amongst coffee drinkers, they are considered to be the ones who are finding new ways to destroy coffee. Of course, people who have dietary requirements should substitute their milk with a plant-based one, but you can tell when someone does it out of need rather than trying to be trendy. Those are the people who will try anything and everything on the internet just because someone said it has a lot of health benefits, despite how horrific it tastes.

Speaking of milk, your classic coffee will tolerate no matter what milk you put in their coffee, but only if it has a piece of latter art on it. Once they start sipping on coffee, they will provide you with lectures about how you can only taste the coffee when you like it black, but they never drink it straight black, just don’t like to admit.

They will also lecture you on all the things the amateurs will do wrong when they are preparing their coffee. That is because they are obsessed with preparing their coffee at home from scratch. They have their own high-tech equipment with the thermometers, hand grinders, and calibrated scales he carries in his pocket in case there is a coffee emergency.

Another thing that they think is the key to brewing a perfect coffee. They are also water experts, and they will happily tell you all about water hardness as well as the perfect temperature for infusion and how you should pour your water as you are brewing your coffee.

These were just some types of people who drink coffee and weren’t meant to offend anybody in any way. Of course, there are so many more types of coffee drinkers from ones who sometimes drink coffee to ones who never do. There is no wrong way to drink coffee, and you should enjoy your drink; however, you like to make it. 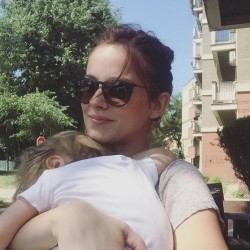 Stella Ryne
Stella Ryne is an art historian, writer, conscious consumer and a proud mother. When
she is not trying to improve the things around her (and herself, for that matter), she likes
to lose herself in a good book.

Can You Lose Weight With Coffee Diet

How Drinking Tea Can Lower Your Life Insurance Rates