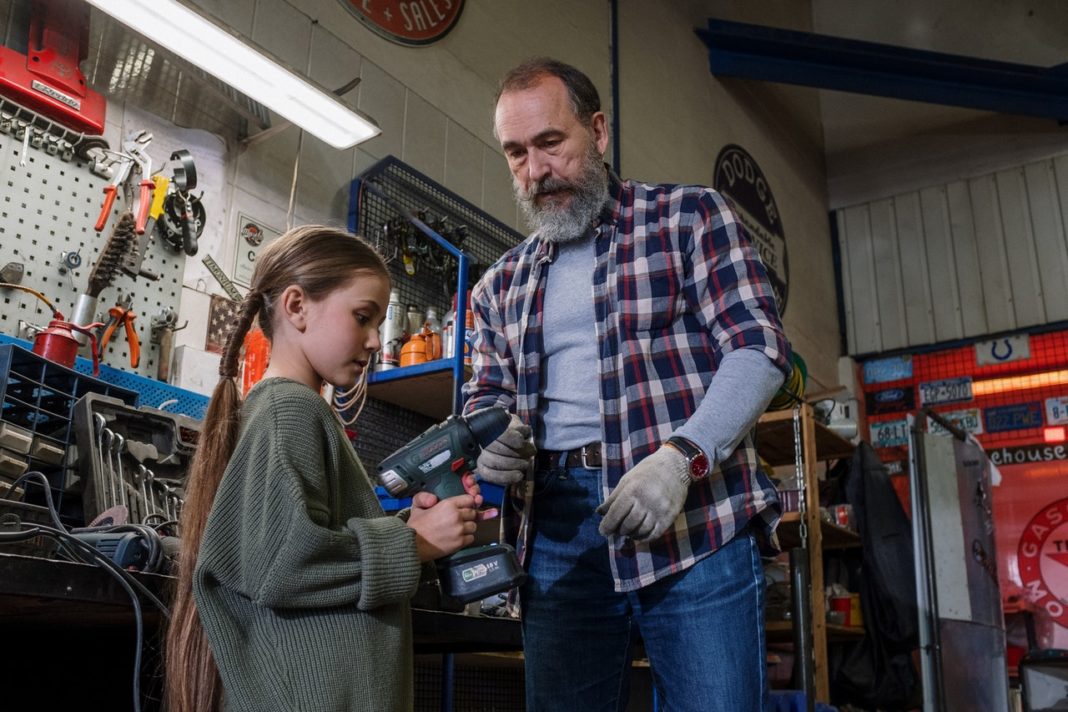 Father’s Day is just around the corner, and if you haven’t put a gift for dad on your shopping list yet, then this post might be for you. Whether he prefers one-liners or heartfelt poetry, we have found some great father’s day quotes that will make him feel good!

Celebrated on the third Sunday in June, Father’s Day is praised worldwide to acknowledge fathers’ contribution to their children’s lives.

A father is a child’s first and strongest hero. All the children look up to their dads and boast about them in front of their friends.

This Father’s Day, acknowledge why your dad is your superhero. The best way to do that is to maybe write it on a card (it’s better than just texting him). It’s guaranteed to win him over and earn you plenty of brownie points. Oh, and it won’t break the bank, either.

Of course, getting a card over the counter is half the job. You really need to come up with some awesome quotes to get by with. Luckily, you are on the perfect page. We have curated some extraordinary quotes for you for this Father’s Day to show a gesture of appreciation for your amazing dad.

2. “The power of a dad in a child’s life is unmatched.” —Justin Ricklefs

3. “It is a wise father that knows his own child.” —William Shakespeare

4. “One father is more than a hundred schoolmasters.” —George Herbert

5. “A girl’s first true love is her father.” —Marisol Santiago

6. “A father’s smile has been known to light up a child’s entire day.” —Susan Gale

7. “A father doesn’t tell you that he loves you. He shows you.” —Dimitri the Stoneheart

8. “Fathers just have a way of putting everything together.” —Erika Cosby

9. “Behind every great daughter is a truly amazing father.” —Unknown

10. “To her, the name of father was another name for love.” —Fanny Fern

11. “The older I get, the smarter my father seems to get.” —Tim Russert

12. “No music is so pleasant to my ears as that word―father.” —Lydia Maria Child

13. “A father carries pictures where his money used to be.” —Steve Martin

14. “When my father didn’t have my hand, he had my back.” —Linda Poindexter

15. “A father is someone you look up to no matter how tall you grow.” —Unknown

Father’s Day Quotes To Appreciate His Hard Work And Efforts

You are truly blessed if you have a father or a father figure in your life. Children should never go against their dads due to any external pressures. He’s the only man who has done everything literally for you. Paying respect and showing love towards him is the least you can do to honor him.

Some messages you can convey to your father as a mark of respect and love are.

Fathers day is a day to celebrate fatherhood and the joy it brings, as well as to honor fathers for their everyday sacrifices and contributions. Fathers Day Quotes are one of the best ways to express your gratitude and happiness to dad on this special day.

16. “The greatest mark of a father is how he treats his children when no one is looking.” —Dan Pearce

17. “Fathers, be good to your daughters. You are the god and the weight of her world.” —John Mayer

18. “Dads are most ordinary men turned by love into heroes, adventurers, story-tellers, and singers of song.” —Unknown

19. “A dad is someone who wants to catch you when you fall. Instead, he picks you up, brushes you off, and lets you try again.” —Unknown

20. “I cannot think of any need in childhood as strong as the need for a father’s protection.” —Sigmund Freud

21. “No one in this world can love a girl more than her father.” —Michael Ratnadeepak

22. “It doesn’t matter who my father was; it matters who I remember he was.” —Anne Sexton

23. “My father gave me my dreams. Thanks to him, I could see a future.” —Liza Minnelli

24. “No man I ever met was my father’s equal, and I never loved any other man as much.” —Hedy Lamarr

25. “My father didn’t do anything unusual. He only did what dads are supposed to do—be there.” —Max Lucado

26. “Dad, your guiding hand on my shoulder will remain with me forever.” —Unknown

27. “[My father] has always provided me a safe place to land and a hard place from which to launch.” —Chelsea Clinton

28. “She did not stand alone, but what stood behind her, the most potent moral force in her life, was the love of her father.” —Harper Lee

29. “A father is neither an anchor to hold us back, nor a sail to take us there, but a guiding light whose love shows us the way.” —Unknown

30. “A father is the one friend upon whom we can always rely. In the hour of need, when all else fails, we remember him upon whose knees we sat when children and who soothed our sorrows; and even though he may be unable to assist us, his mere presence serves to comfort and strengthen us.” —Émile Gaboriau

32. “What a father says to his children is not heard by the world, but it will be heard by posterity.” —Jean Paul

33. “There will always be a few people who have the courage to love what is untamed inside us. One of those men is my father.” —Alison Lohman

34. “Every son quotes his father, in words and in deeds.” —Terri Guillemets

Fathers tend to spend most of their time with children in leisure activities like watching TV, playing games, and in other outdoor activities like cycling, badminton, etc.

Father’s Day is the celebration of the love and fatherhood in our lives. Being a father is one of the most difficult things one can ever do. It takes a man to be an exemplary parent, but it requires something even more: a loving heart, patience, and selflessness. Take a moment to embrace your father with love and gratitude today by sending him Fathers Day Quotes message.

36. “A good father is one whose only reason for putting down a laughing baby is to pick up a crying one.” —Linda Poindexter

37. “A man knows when he is growing old because he begins to look like his father.” —Gabriel Garcia Marquez

38. “You can tell what was the best year of your father’s life, because they seem to freeze that clothing style and ride it out.” —Jerry Seinfeld

39. “A father is a banker provided by nature.” —French proverb

42. “By the time a man realizes that maybe his father was right, he usually has a son who thinks he’s wrong.” —Charles Wadworth

43. “Being a great father is like shaving. No matter how good you shaved today, you have to do it again tomorrow.” —Reed Markham

44. “I talk and talk and talk, and I haven’t taught people in 50 years what my father taught by example in one week.” —Mario Cuomo

45. “When you’re young, you think your dad is Superman. Then you grow up, and you realize he’s just a regular guy who wears a cape.” —Dave Attell

46. “Dads are like chocolate chip cookies; they may have chips or be totally nutty, but they are sweet and make the world a better place, especially for their children.” —Hillary Lytle

47. “A father’s words are like a thermostat that sets the temperature in the house.” —Paul Lewis

49. “[Fatherhood is] the greatest thing that could ever happen. You can’t explain it until it happens; it’s like telling somebody what water feels like before they’ve ever swam in it.” —Michael Bublé

50. “My father didn’t tell me how to live. He lived and let me watch him do it.” —Clarence Budington Kelland

Fathers play multiple roles in a family. Fathers act strict and disciplined to teach children how to live in the real world. Fathers, like mothers, are important to their child’s well-being. They provide physical and emotional comfort in tough times and help build self-esteem. Fathers ensure that their children have a good and secure life. They keep working tirelessly all day long to provide the best for their children and sacrifice their comfort for the well-being of their families.

Let’s read some quotes which illustrate how important a father is in a child’s life.

51. “My father had a profound influence on me, he was a lunatic.” —Spike Milligan

52. “You gotta love dads. At my wedding, when I tripped on my wedding dress and fell flat on my face, Dad said, “Don’t worry, you’ll do better next time.”” —Melanie White

53. “It is admirable for a man to take his son fishing, but there is a special place in heaven for the father who takes his daughter shopping.” —John Sinor

54. “The imprint of a father remains forever on the life of the child.” —Roy Lessin

55. “If the relationship of father to son could really be reduced to biology, the whole earth would blaze with the glory of fathers and sons.” —James Baldwin

56. “A father is always making his baby into a little woman. And when she is a woman he turns her back again.” —Enid Bagnold

57. “It’s the courage to raise a child that makes you a father.” —Barack Obama

58. “The nature of fatherhood is that you’re doing something that you’re unqualified to do, and then you become qualified when you do it.” —John Green

59. “I believe that what we become depends on what our fathers teach us at odd moments, when they aren’t trying to teach us. We are formed by little scraps of wisdom.” —Umberto Eco

60. “Fatherhood is the best thing I ever did. It changes your perspective. You can write a book, you can make a movie, you can paint a painting, but having kids is really the most extraordinary thing I have taken on.” —Brad Pitt