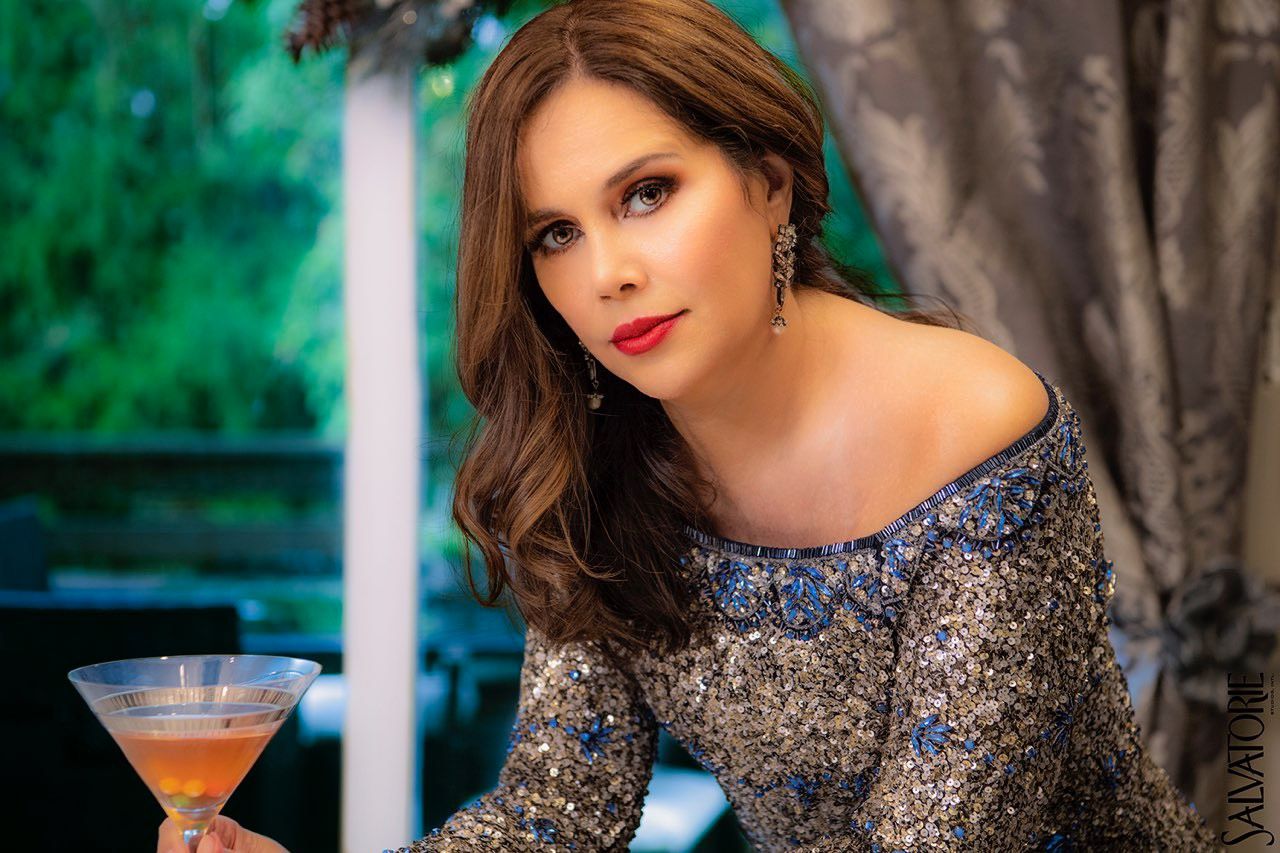 Samantha Goldberg lived in Chicago for most of her life. She used to be a lead singer for a band known as Quinxiotica during her early 20’s and carried out singing for 12 years in total. Her independence started at a very young age.

Her mother was very talented and had her own marketing advertising agency for over 30 years. She was also a single parent to Samantha. Her mother’s capabilities and confidence have always fuelled her to become a successful entrepreneur in the long run.

Samantha has a multi-tiered empire which consists of being an SMT specialist, talk show host, celebrity wedding/event manager, celebrity major brand spokesperson. After experiencing all of these, Samantha has moved on to become what she is today, along with finding the right mix of people who support her.

How was your entrepreneurship journey before marriage?

Samantha believes she was always born as an entrepreneur. She says, “I used to help my sister at the age of 6-7 years old. She used to make marble kitties, and I used to sell them. We made a lot of money in that way. My mother always encouraged me to be independent. She would always mention I could have moved out at the age of 7 and make money on my own. Well, I did succeed in that way but not by moving out, though.”

Goldberg would handle any kind of sales objective but was never kept in any sales operation for more than two months before she got hired in the management. Samantha knew how to build revenues and take over other brand territories. She would hand over the newly invented products to the salesperson to find out any new marketing strategies.

“Trust and honor are two most important building factors for a business, and I was determined to make anything work on the basis of that,” says Samantha. She knew she wasn’t selling the products or the concepts; she was selling her ideas and herself.

And how has it changed after marriage?

Samantha’s marriage started off well. Her husband was an entrepreneur at that time. She moved away from Chicago; she was doing well in the professional beauty/fashion world, working on multiple weddings and having a lot of work piled up.

When she moved from Chicago to NYC Metro Market because of her husband’s work as a VC in NJ, she had no job and was seven months pregnant. From working as a full-time V.P. of Sales and part-time event/wedding manager to having nothing, her journey started carving its way. After 6-7 months of becoming a mom, her now ex suggested she work on events while raising her daughter.

Samantha knew nothing about the competitive aspect in the NYC Metro; neither did she know anyone there. She thought of calling a venue and calling some renowned personalities to know about their journeys and start her own business.

It is difficult to make connections in little time, but due to new relationships with-in the industry, fortunately, Samantha managed to bring ten clients in 3-4 weeks. She got the opportunity of planning big weddings and getting featured in magazines and newspapers for those events.

Soon after that, Samantha was contracted by True Entertainment/E!Style Network for a new wedding show, “Whose Wedding Is It Anyway?” She worked for ten seasons, and her company was bringing in 300+ leads a week. Apart from that, she gained popularity in more than 100 countries for her talent and had a minimum of 20 planners hired. She has been a part of numerous press publications, television interviews, and talk shows.

Her own talk show also emerged on Comcast WMCN daily. From there, she was also the Celebrity Event Spokesperson for Hilton Hotels WW in addition to Party City’s Party Specialist WW and Bloomingdales as their Registry Bridal Expert, in addition to many others.

There are many more challenges that Samantha faced.

She quotes, “I don’t know what brought me to this place, but it’s never died down since the move. Even though my marriage did not work out and that was public, I remember googling and seeing “Samantha Goldberg Gets Divorced,” it didn’t stop me. I became the person I am due to perseverance and just being myself. “Samantha never expected that to happen. Well, if you say that it was due to the demise of her marriage, then it’s wrong. Her husband helped her to build the business and supported her, and nobody knew its future. For a period of time she was ill during taping or appearances, questions like “What illness did Samantha Goldberg have from the Style Network?” arose.

A younger girl had once told Samantha, “I am glad to see you are out and about, please get better soon. I love watching you on television; you make my bad days disappear” in the parking lot, and that cheered her up. She regained confidence and became stronger both mentally and spiritually after the divorce. Samantha came to be known as “Woman Entrepreneur,” and her business tripled gradually. She was working hard in spite of the difficulties, and that was a positive point. She inspired other women and brides all over the world. One of many articles was also written about her, and she was completely mesmerized by it.

How does she not become inspired to be that person that can help other women make life-changing careers?

Samantha feels immensely proud after knowing that she can make a difference for others.

A person will first trust you and then buy from you. New business grows and develops from new ideas. Creative ideas will encourage people to buy and contribute to the growth of the business. She continues to say, “Today, the consumer/customer wants solutions and systems that answer a need. Think about how you can use your knowledge and persona to grow with them. Make it a relationship sale.”

A woman entrepreneur must know how to work through the objections of today’s consumers. The best advice is to be the person you are and follow your passion that will, in turn, promote the product/service that you are selling/offering.