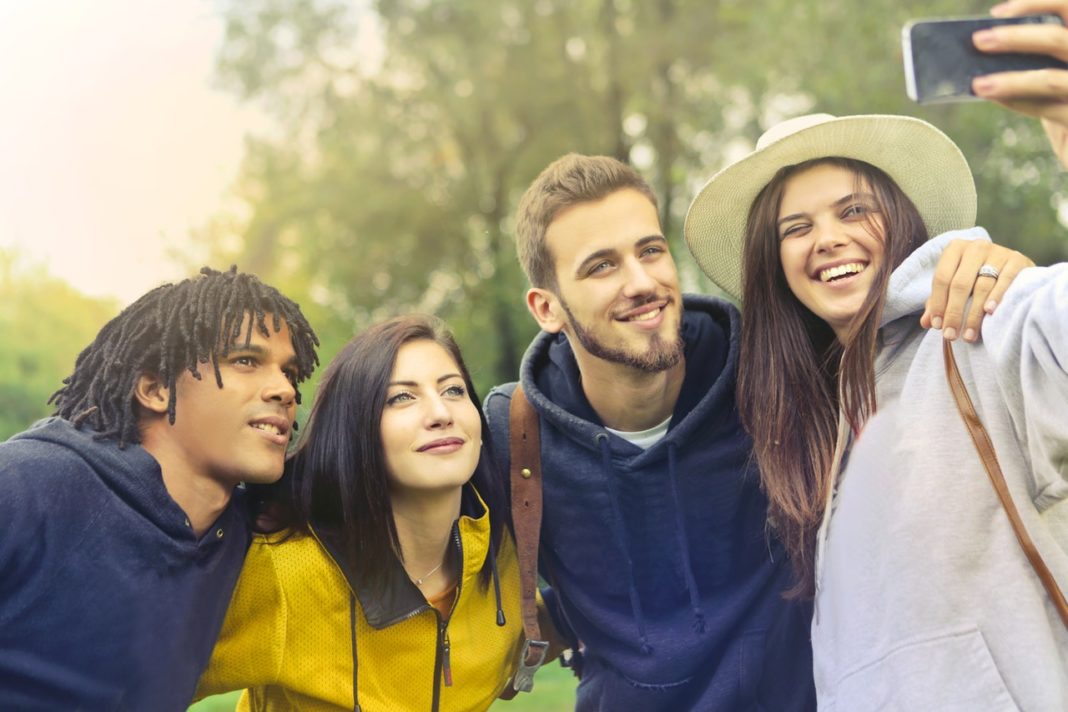 Aleena and I were born and raised in the same neighborhood. We even went to the same school and drank our hearts out from the same beer bottle after our farewell party. We are very close to each other. You can say, sisters from another Mother.

After graduation, Aleena moved to London. We stayed in touch and promised to meet at least once every three months. We did do it a couple of times, but then life happened. Aleena got married, and I started a new job, and we got too busy to give time for our childhood friendship.

One day my company sent me to Florida for a conference, and it was there I met Dhruv, the guy I later married. It was a real meet-cute. We were assigned seats next to each other for the conference. In the middle of a very long speech, Dhruv started snoring, and I pinched his nose to wake him up. It was a great ice breaker. We got to conversing and found out we live in the same city, Delhi (the heart of India). After coming back home, we started dating each other. Later that year, Dhruv proposed, and I said yes. I called Aleena to give her the good news, and she was as thrilled as me, if not more.

After a few years of my marriage, Aleena and I got to talking and decided that it was high time we took our childhood dream vacation in Athens. As a couple of 15-year-old girls, we were fascinated by the beauty of Athens and promised each other that we’d visit it with our husbands. And now was the time to fulfill that promise.

We spoke to our husbands about it, took 12 days’ leave from our offices, planned the whole trip, and started packing. Dhruv and I met Aleena and Yash at the airport. It was for the first time we were meeting each other as a couple.

We took a cab to the hotel, checked into our rooms, and went sightseeing. I saw Yash leaving his room and walking towards us. He was wearing a black t-shirt, and his biceps were peeking through the sleeves. I felt a weird attraction toward him, but I brushed it off because he was my best friend’s husband and, more importantly, I was married. Yash got more charming with each passing day. At one point, I found myself fantasizing about him while having sex with Dhruv.

The first few days were crazy. We had so much to catch on that we didn’t realize where the time flew. Before we knew it was the tenth day of our trip. We had to leave in 2 days. After a tiring day of shopping and sightseeing, we sat down to share some beers. Aleena and I got a little too drunk.

That is our thing. We can’t hold our liquor very well and get tipsy in just a few shots. We left Dhruv and Yash chatting together and went to sit at the poolside. We both started sharing our experiences of how married life was treating us when suddenly Aleena began to say how she thinks Dhruv is just perfect and that I am very lucky to have him. I told her that I find Yash very charming. I thought we were just complimenting each other’s choices, but Aleena confessed that she is sexually attracted to my husband and how she hoped there was a way she could spend just one night with him. I didn’t know how to respond to this. I just bid her good night and walked away.

The next day I got to thinking. I, too, was attracted to Yash and liked the idea of being able to spend a night with him. I knew we would leave for our homes tomorrow and might not see each other for a long time. I’ve read about couple swapping in someone’s personal blog before, and the concept intrigued me. I did some more research on the topic and messaged Aleena to meet me at the bar. Aleena remembered last night and was very embarrassed about her behavior. She started apologizing as soon as she saw me. I calmed her down and asked her if she was serious about wanting to sleep with my husband. I assured her that I wouldn’t be mad at her answer and might even offer a solution. She hesitantly admitted her feelings towards Dhruv, and I introduced her to the concept of couple swapping. She was reluctant at first, but the fact that we might not meet each other after this for a very long time gave her some confidence.

We both agreed to talk to our husbands about this and fix the arrangement for the same night.

It took some convincing, but Dhruv agreed. Aleena, too, convinced Yash into doing this, and all four of us met in the bar at night.

We decided that Yash and I would spend the night in my room, and Dhruv and Aleena would take Aleena’s room. We set some ground rules, exchanged room keys, and went our ways.

Yash and I went back to my room as planned. As soon as Yash locked the door, my heart started racing. The idea that I was alone in a room with my best friend’s husband was both exciting and unsettling. Yash offered me a drink to calm my nerves. After I had some Vodka, I found myself getting more comfortable with him. I started running my hands over his silk shirt. I could feel his muscular chest beneath the fabric. He pulled me by my waist and started kissing me all over. We spent a long night of passion and lust together.

The following day I woke up before Yash. I dressed myself and went to the breakfast buffet. I was thrilled and over the moon with last night’s experience when I suddenly realized that neither Dhruv nor Aleena was up yet. It was 10 in the morning, and they were still sleeping. This led to a train of thoughts in my mind, “They must have been up till late at night making love to each other. Did Dhruv kiss her the way he kisses me? Did he like Aleena better than me?” Suddenly my phone rang. It was Dhruv checking in on me. I told him I was at the breakfast buffet, and he came to join me.

Over breakfast, I asked him about his experience last night’s experience. To my surprise, he didn’t talk very fondly about it. He confessed that he enjoyed Aleena’s company. She taught him many new things and even allowed him to do stuff I was reluctant to try, but when he woke up, he felt guilty. Even though he had my permission to sleep with her, he felt he was cheating on me by breaking our wedding vows. I was not expecting this reaction. We finished our breakfast quietly and went to our room. Aleena was gone by then. We had an afternoon flight. We packed our stuff and went to bid goodbye to Aleena and Yash.

That brief interaction was very awkward for me. I couldn’t look into Yash’s or Aleena’s eyes. To me Aleena looked like the second woman in my marriage who spent the last night with my husband. And Yash, well, let’s just say as the effect of alcohol subsided, I felt ashamed of what we did last night.

We left for the airport. Upon reaching home, I called Aleena. We didn’t get to talk in private after the night. I wanted to know how she felt about the whole thing. She told me that she enjoyed having sex with Dhruv. She was pleasantly surprised by his skills in bed. I’ll be lying if I said this didn’t make me feel jealous. She then asked me about my experience with Yash, and I told her that I’d rather not say. It was good, but I was too embarrassed to talk about it.

After this whole incident, one thing was clear to Dhruv and me; we didn’t want any other person in our relationship. We decided to experiment and explore with each other and swore off an open relationship or polygamy.

As for Aleena and Yash, that night was a moment of epiphany for them. They discovered that monogamy was not for them and even realized that their love grew for each other after sleeping with other people. The sense of freedom worked as a fertilizer for their love, and they decided to make their relationship open.