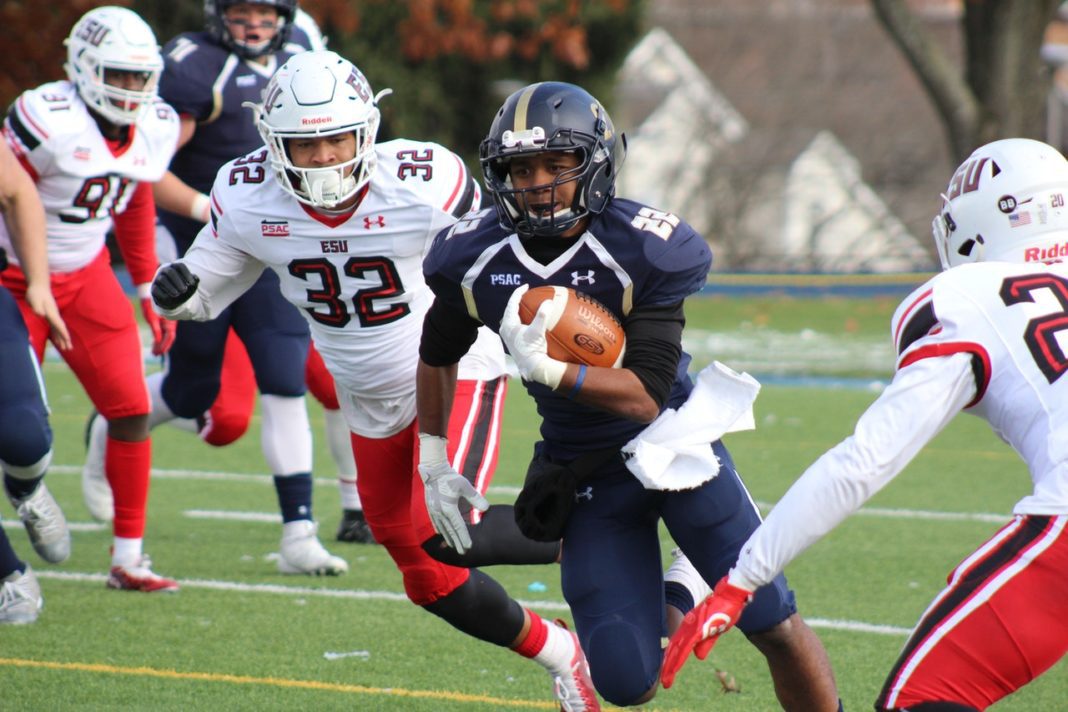 Whether you’re a fan or an athlete, sports have a way of bringing people together. And these sports quotes will keep you inspired!

The best thing about sports is how it builds character, and more important than character, it builds confidence. Sport is not a game. It’s life. Sports are not just a mere hobby but are a part of who they are – their very soul and identity.

Over the years, football, soccer, basketball, baseball, swimming, etc. have been considered the major sports areas. Our sports quotes make the perfect gift for any sports lover. From athletes to coaches, and fans we have something for everyone. Browse our large selection of inspirational and motivational sports quotes. It provides one with a strong sense of accomplishment.

1. “Baseball is ninety percent mental & the other half is physical.” –Yogi Berra

3. “Ain’t no man can avoid being born average, but there ain’t no man got to be common.” – Satchel Paige

4. “I can accept failure, everyone fails at something. But I can’t accept not trying.” – Michael Jordan

5. “A true friend sees the good in everything, and brings out the best in the worst of things.” – Sasha

6. “The one that works the hardest comes out on top.” – Debbie Meyer

7. “Only those who risk going to far can possibly find out how far one can go.” – T.S. Eliot

8. “You can’t let one bad moment spoil a bunch of good ones.” – Dale Earnhardt

9. “A life is not important except in the impact it has on other lives.” – Jackie Robinson

10. “Falling and getting back up is what brings you success.” – Tony Horton

12. “Life is meant to be a challenge, because challenges are what make you grow.” – Manny Pacquiao

13. “The difference between the impossible and the possible lies in a man’s determination.” – Tommy Lasorda

15. “If you don’t want to be the best, then there’s no reason going out and trying to accomplish anything.” – Joe Montana

17. “You’ll never get ahead of anyone as long as you try to get even with him.” – Lou Holtz

18. “Leadership is getting someone to do what they don’t want to do, to achieve what they want to achieve.” – Tom Landry

19. “Love is playing every game as if it’s your last.” – Michael Jordan

20. “God places the heaviest burden on those who can carry its weight.” – Reggie White

It’s so astonishing that simple words can mean so much to a sportsperson. Psychological factors play a very important role in determining the performance level during a match. And motivation is crucial in determining the performance level. Relieving anxiety and unnecessary hindering stress before a tournament is vital. “Situational factors act interactively on athletes’ dispositions; the variations in sports behavior are the functions of personal characteristics (goals, skills, knowledge, personality traits, etc.) and the environmental influences (physical and social alike)” (Baric, 2007).

Hence we have brought you some amazing inspirational quotes to calm your mind down before a tournament so that you’ll be able to ace it effortlessly.

21. “Don’t run away from a challenge. Instead run toward it cause the only way to escape fear is to trample it beneath your feet.” – Nadia Comaneci

22. “It is not true that nice guys finish last. Nice guys are winners before the game even starts.” – Addison Walker

24. “To believe in yourself and to follow your dreams… This is success!” – Sasha Azevedo

25. “One man practicing sportsmanship is far better than 50 preaching it.” – Knute Rockne

27. “If you are afraid of failure you don’t deserve to be successful!” – Charles Barkley

31. “Only the weak attempts to accomplish what he knows he can already achieve.” – Stella Juarez

32. “Mental will is a muscle that needs exercise, just like muscles of the body.” – Lynn Jennings

34. “Being defeated is often a temporary condition. Giving up is what makes it permanent.” – Marilyn vos Savant

36. “I know what I have to do, and I’m going to do whatever it takes. If I do it, I’ll come out a winner, and it doesn’t matter what anyone else does.” – Florence Griffith Joyner

37. “Most people give up just when they’re about to achieve success. They quit on the one yard line.” – Ross Perot

39. “There may be people that have more talent than you, but there’s no excuse for anyone to work harder than you do.” – Derek Jeter

Sports give you courage and strength to be able to tackle obstacles. Focusing and trying your best can help you learn to deal calmly during emergencies. Sports also help you manage stress. Exercise causes your body to release endorphins, the chemicals in your brain that relieve pain and stress. Studies have shown that 20 to 30 minutes of exercise each day can make people feel calmer. Let’s read some quotes to motivate sports lovers – enthusiasts.

41. “You can’t get much done in life if you only work on the days when you feel good.” – Jerry West

44. “It’s hard to beat a person who never gives up.” ”Heroes get remembered, but legends never die.” – Babe Ruth

45. “I don’t celebrate because I’m only doing my job. When a postman delivers letters, does he celebrate?” – Mario Balotelli

46. “Procrastination is one of the most common and deadliest of diseases and its toll on success and happiness is heavy.” – Wayne Gretzky

48. “The difference between the impossible and the possible lies in a person’s determination.” – Tommy Lasorda

49. “Make sure your worst enemy doesn’t live between your own two ears.” – Laird Hamilton

50. “Champions keep playing until they get it right.” – Billie Jean King

The influence of sports on a person’s life is immense. Sports have a huge impact on a person’s daily life and health. They do not just give you an interesting routine but also a healthy body. Getting indulged in physical activities like sports improves your heart function, reduces the risks of diabetes, controls blood sugar, and lowers tension and stress levels. Sports refresh your mind and increase productivity. It raises you, keeps you going and tells you that you can achieve whatever your heart desires.

Let’s go through some more quotes that illustrate games and sports’ specialty.

53. “What makes something special is not just what you have to gain, but what you feel there is to lose.” – Andre Agassi

54. “The more difficult the victory, the greater the happiness in winning.” – Pele

55. “During my 18 years I came to bat almost 10,000 times. I struck out about 1,700 times and walked maybe 1,800 times. You figure a ballplayer will average about 500 at bats a season. That means I played seven years without ever hitting the ball.” – Mickey Mantle

56. “Leadership, like coaching, is fighting for the hearts and souls of men and getting them to believe in you.” – Eddie Robinson

58. “You are never really playing an opponent. You are playing yourself, your own highest standards, and when you reach your limits, that is real joy.” – Arthur Ashe

59. “Do you know what my favorite part of the game is? The opportunity to play.” – Mike Singletary
60. “Show me a guy who’s afraid to look bad, and I’ll show you a guy you can beat every time.” – Lou Brock