9 Women Share their Sweet First-Kiss Stories- As They say, the first is Always the Most Memorable 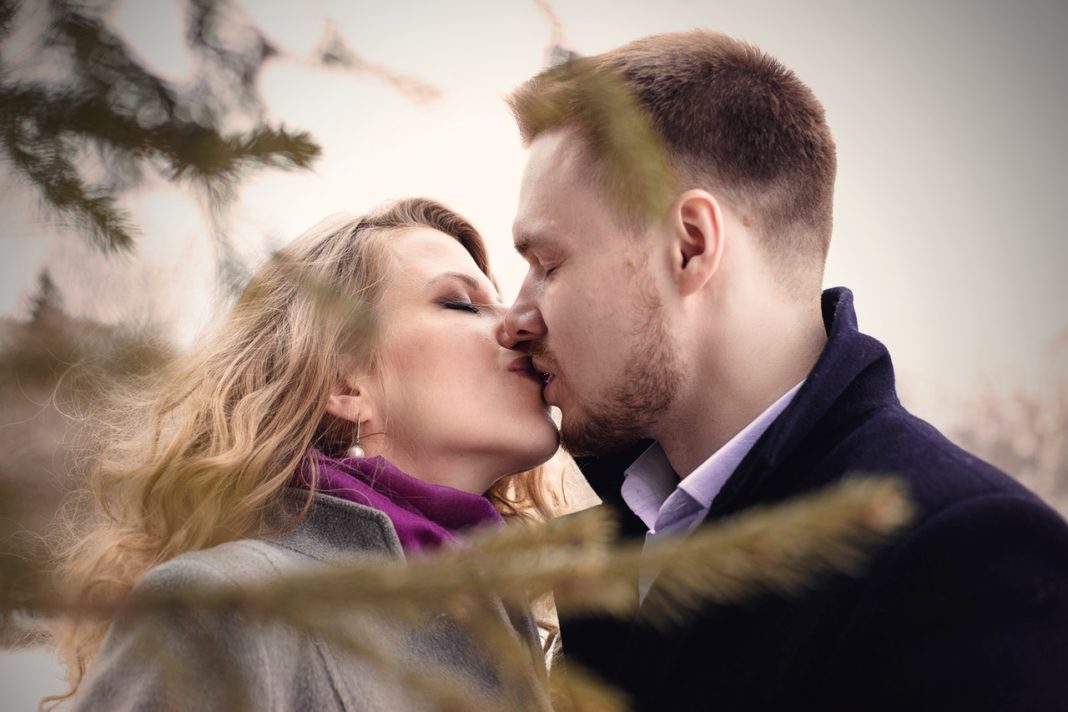 The first kiss for a woman is always memorable; whether it’s an intense smooch or a quick kiss, many moments just got attached to the first kiss.

This article brings you the stories of different-different women who still blush when they remember their first kiss; some are adorable, while some make you go “Awww.”

Come, let’s read the romantic and hilarious stories of these women’s first kiss!

“I know that I was really nervous because I was 17, and I’d never dated before that. Furthermore, I was a rebel, so I didn’t like normal girl stuff like kissing boys or chasing them around. One day I started feeling things for a friend and my friends told him. He liked me too at the time, so we went on a teen date with all of our friends, to watch a movie. We were sitting next to each other, and at one time, something romantic happened in the movie, he started to kiss me and my nose started bleeding. He was in a panic, without knowing what to do. I was full of shame because my first kiss was covered by nose blood. And at the end, we were all laughing with my friends about that situation. After the movie and the nose blood thing, we kissed again and it was so romantic. He was my first love, and we were in a relationship for almost 3 years.” – Zoila

“I was 12, he was 14. We were “dating” but would really only talk once or twice in person, and mostly over MSN. My friend was dating his brother so she convinced me I should date this boy so we could spend time together. I didn’t even like him. One day, he walked me home from school. He kissed me while we were both standing in my back driveway. Once the short kiss ended, I ran inside my house and brushed my teeth right away. It was awful. So much so, I decided that the next day we would end our “relationship.” What made the situation worse, I lived in a small city, in a very close-knit neighborhood. I didn’t know but a few of our neighbors were watching this romantic outing happen across the street. The neighbors went and told my mom who was a teacher at our local school, who then told everyone in the PTA. I am now 26 and this first kiss still haunts me.” – Anna

“My first kiss was at age 11 with a boy my age. We went to the local carnival together in South Miami and rode some rides, losing a lot of our money in the giant thing that tosses you upside and in every direction— this detail I only flashback to now, thinking back Ummm 55 years? Then, we got on the huge Ferris wheel (still had enough $ for that). And way up high on the top, he surprised me with a shy first kiss. The boy was cute and all I remember now is how excited I felt thinking that I was kissed by a cute guy— so I must be OK! I was bullied by my (2 yrs) older sister who tried to keep me down and invisible in many ways. She was popular and pretty and I felt like the sullen ugly duckling, despite the fact that playing piano (I was quite good then) always took me to another world and made me feel beautiful inside.” – Jillene Luce

“I met my fiance (soon-to-be husband) at work a couple of years prior to dating. He asked me out for a drink after working on a project together (turns out this was our first date). The second date was a lot more intimate and I was expecting him to kiss me then. He didn’t. On our third date, when I was wondering if he was still interested in me, about halfway through the date he leaned in and kissed me on the lips. It wasn’t a long kiss, but it was enough to show he was clearly interested – and so was I. We never looked back!” – Allison

“My first kiss wasn’t the romantic love story I thought it would be after watching countless Disney movies growing up. Instead, I was around 14 years old and in the park with some friends and a boyfriend that I had been with for around 4 weeks. (This was a very long relationship for my 14-year-old self.) I had never kissed anyone before and my friends had just found this out, so they called him and his friends over and stood around us in a circle chanting ‘kiss, kiss, kiss!’. Both of us were clueless so we just sort of put our lips together. It was very awkward and as I recall, we didn’t make it to our fifth week.” – Billie Zeelen

“I was a junior in high school and my close friend group had planned a scavenger hunt for the weekend. We were broken up into teams of 4 and I was on a team with 3 of my closest guy friends. However, the guy I had a huge crush on ended up on another team, to my dismay. One of the items to check off the list was for two team members to kiss (need not forget this list was created by high schoolers). With me as the sole girl on the team, it became clear that I would be chosen as one of the active participants…what they didn’t know was that it would be my first ever kiss! I was both mortified and nervous about this because I had imagined my first kiss time and time again with the boy I was crazy about, who was currently in another car probably kissing one of my other girlfriends! I was sitting in the back seat with my friend *John* at the time as my two friends in the front yelled “do it”, so we kissed for 0.05s, felt nothing, and returned to the game. For a while, I denied this as my first kiss because at 17, I wanted it to be special and meaningful (all the things they tell you it will be as a teenager). However, John has always been a dear friend to me, even to this day 10 years later, and he came out to us about 5 years after high school. So if I think back on it all, it was still special in its own way because I kissed him when he still allowed me to! Today, I don’t think his boyfriend would be so accepting of it.” – Carly

My first kiss was with my first boyfriend in high school. We went for a classmate’s birthday and somehow decided to leave the party and stroll around the neighborhood. We hand our fingers locked and talking about what I can’t remember. Somewhere along the line, he drew me closer and, without warning, had his lips on mine. It was unexpected and left me shocked for a moment before I relaxed. After the kiss came some awkwardness and silence till we got back to the party.” – Maria A. McDowell

8. Feeling On Top Of The World

“It was our third date. We had just pulled up to the theater where we planned to see a movie. My head was turned away from him, ready to exit the car. I felt his warm hand on the back of my neck. I turned toward him to see what was going on and the next thing I knew I was being sweetly kissed! It surprised me, but I didn’t object. Yet, it prompted a long conversation after the movie about taking things slow. I’d had my heart broken the year before and wasn’t ready to be too vulnerable, too quickly! I wanted to learn more about this man and see if we could be friends before getting too romantically involved. We negotiated until I agreed to a very chaste, goodnight kiss at the end of every date. Over the next several weeks I discovered there was more to this man than a fun date and warm hands. He told me, “I’m going to love you and love you until you can’t help but love me back.”  That’s exactly what he did! ” Nancy Landrum

“I“remember my first kiss like it was yesterday. I was in my first year of high school. You could say that I had a normal life as a teenager. I was that typical girl who dreamed of her prince charming and her first kiss. At that time I was interested in a boy in my English class. Over time we got to know each other and started a relationship. For both of us, everything was new because we had never been in a relationship. One day he surprised me with tickets to see our favorite band. They sang mostly romantic pop songs.. That day I was so excited, I dressed as pretty as I could and got to the concert. At first, I was all nervous but then I relaxed and started singing at the top of my lungs. To close the concert they decided to sing our favorite song, while we were listening, he took my hand and looked me straight in the eye. And he gave me my first kiss. I felt that I was flying from the happiness of that perfect moment. I will never forget it, I think it is a moment that for many of us can mark life, and now as adults remembering it with sweetness is beautiful.” – Jessica Luna