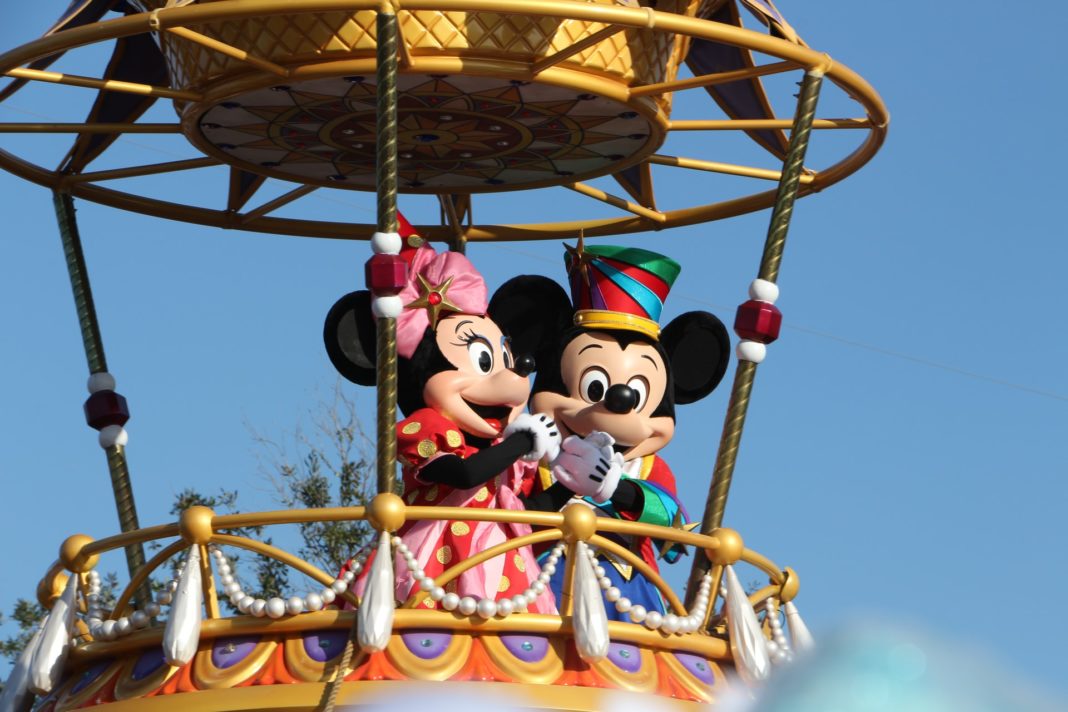 Disney has always formed a big part of our childhood, and their characters are very close to our hearts. Every Disney movie has the perfect blend of the storyline, characters, and songs, which leaves us inspired. But did you know there are Disney characters that are based on real people? From looks, dialects and gestures, animators have taken inspiration from multiple real-life people.

Here, we have made a list of Disney characters that are based on real people. From animals to humans, you might find the names surprising! Continue reading to explore the mystery.

Your Favorite Disney characters are Based on Real People!

In the documentary Diamond in the Rough: The Making of Aladdin, the supervisor animator “Glen Keane” said- Aladdin’s look was originally inspired by Michael J. Fox, but then they based him more off of Tom Cruise.

They want to make Aladdin look confident, attitude, and charming and give him something to fight against. Then the chairman of Walt Disney Studios at that time, Jeffrey Katzenberg, “suggested they base Aladdin’s persona off Tom Cruise in “Top Gun.”

And, then the studio started working on improving Aladdin’s appearance and decided to go with Hollywood’s heartthrob, Tom Cruise.

Ariel is the protagonist of the animated movie The Little Mermaid. The character was designed to resemble actress Alyssa Milano. At first, the actress wasn’t aware of her presence in the movie; she came to know later when the documentary of behind the scenes was released. The animators used her teen photos and face structure but changed the hair color.

The first Disney animated movie was The Princess and The Frog. The movie features an African-American princess where the story is based on a German folktale called The Frog Prince. The lead character in the movie, Tiana, was based on Anika Noni Rose. Anika was the actress who voiced the character and was blown away by the resemblance of the character with her features.

The Vultures: The Beatles

Jungle Book is an animated film that was released in 1967. During that time, The Beatles were extremely popular, so the production team created the four vultures with their signature haircuts. The creators of the film wanted the characters to sing the song ‘That’s What Friends Are For.’ John Lennon was not willing to participate, so the plan had to be dropped.

In the 1988 live-action/animated comedy ‘Who Framed Roger Rabbit, the character Jessica Rabbit was based on Rita Hayworth. Director Richard Williams tried to make Jessica look like Rita and turn it into the ultimate male fantasy. The hair inspiration for the character was taken from Veronica Lake.

The Little Mermaid has one of the most iconic Disney villain characters named Ursula. The character was inspired by American actor and drag queen Harris Glenn Milstead also known as Divine. Ursula had the actor’s body type blended with the Octopus tentacles. Divine’s eye makeup, jewelry, and mohawk were also the best parts of the actor’s Pink Flamingos (1972) character.

Marge Champion was one of the most popular dancers of the 20th century. She was 14 years old when the young artist auditioned for the role of Snow White. The delicate movements and the elegance of March characterized the princess. She got the role because of her father, who taught her all the delicate movements, gestures, and postures. Her features were exactly what the producers wanted for Snow White.

The villain in the animated movie The Princess and the Frog (2009) was Dr. Facilier. The character has the moves of the legendary jazz singer Cab Calloway and the looks were acquired from Baron Samedi also known as the master of the dead. The biggest influence, however, was Michael Jackson and Usher. Jackson and Usher’s dance moves have been incorporated in the character, which seemed effortless and smooth.

In the animated movie Aladdin, the role of Genie was created for Robin Williams because they wanted him to voice the character. Many lines of the character were improvised. For certain scenes, Williams was given topics or dialogue suggestions, but multiple dialogue words were ad-libbed. The character Genie has a lot of Robin Williams’ personality and humor.

In Alice in Wonderland, the character of Alice was based on a real 10-year-old girl named Kathryn Beaumont. She had first appeared in a 1948 film called ‘On An Island With You,’ and after that, she was the model for Alice. Kathryn helped the animators by acting out multiple scenes from the cartoon to make it more realistic.

In Beauty and the Beast, Sherri Stoner modeled for the character of Belle. A lot of her characteristic features were added to the animated character Bella. Apart from Sherry, the facial features and the infamous yellow gown also had a resemblance to the legendary fashion icon Audrey Hepburn.

The 1953 animated movie Peter Pan was based on The Boy Who Wouldn’t Grow Up by J.M Barrie. The villain was a pirate named Captain Hook, and the voice actor was the model behind the character. Hans Conried was working as a live-action reference for a few years and was almost always in a costume. The animators had observed the movement of clothes, body language, and facial expressions.

Cruella was the main villain in the movie A Hundred and One Dalmatians. The film was based on the novel, which was written by Dodie Smith in 1961. Cruella De Vil was voiced by Betty Lou Gerson. Betty’s beautiful cheekbones were added to the character by Animator Marc Davis. But most of Cruella was based on actress Tallulah Bankhead.

Edna Mode in The Incredibles looks very similar to the actress Linda Hunt. The height, facial features, and hairstyle of Linda Hunt are almost the same for the character Edna Mode. However, the personality suggests that Edna was likely to be based on costume designer Edith Head. Both Linda and Edith have a bob cut and signature glasses which are similar to that of Edna Mode.

The animated film showing the story of Charles Perrault’s fairy tale was released in 1959. In this film, Sleeping Beauty, the main villain character was voiced by an American actress Eleanor Audley. Animators Frank Thomas and Marc Davis drew the character based on Audley’s facial features, expressions, and gestures. Eleanor Audley also voiced the evil stepmother from Cinderella, and the character was based on her too.

The animated film Alice in Wonderland was released in 1951, and Mad Hatter was one of its most memorable characters. The character in the movie was voiced by actor and comedian Ed Wynn. We can see that the character reflects the actor’s voice, personality, gestures, and resemblance.

In the 1953 animated film Peter Pan, the main character who never grows up was based on the voice actor Bobby Driscoll. Bobby was mostly a live-action model for the close-ups. It was said that Walt Disney complained about the animators relying on Bobbie’s facial expressions too much. Bobby was sixteen years old when Peter Pan was made.

The film Pocahontas (1995) is based on the real story of the Powhatan woman Pocahontas. She was a part of the time when English colonial settlers came to North America. The inspiration for the character was the voice actress Irene Bedard who has played multiple Native American roles in several movies.

The characters of Princess Aurora and Cinderella are based on the slender figure and tiny waist of Audrey Hepburn. But the facial features, dance moves, and elegance of these characters resemble the live-action model Helene Stanley. Aurora from Sleeping Beauty had the least amount of screen time of all main characters in Disney Movies. This was because the producers struggled to find a voice actress and later went with the singer Mary Costa.

Released in 1994, Lion King won the hearts of a lot of people and became the highest-grossing animated film of all time. The villain in the movie is a Lion named Scar. The scar was based on the voice actor Jeremy Irons. At first, the actor was hesitant to change his dramatic role to a comedic one but eventually, he agreed. Iron’s facial traits and tics were incorporated in Scar by animator Andreas Deja.

The animated movie Aristocats was released in 1970, and one of the characters was a trumpet-playing cat. It is believed that the cat was based on and created for Louis Armstrong and was originally named Satchmo Cat. The gap between the cat’s front teeth and his way of playing the instrument was similar to that of the musician. Unfortunately, Armstrong was unable to do the part because of his health and was replaced with the musician Scat Crothers. This led to the name of the character as Scat cat.

The protagonist’s companion in the Disney Movie Peter Pan was Tinker Bell. Tinker Bell is widely recognized as an unofficial mascot of the Walt Disney Company and a very well-recognized character. The character did not have any speaking lines, but she was based on a real-life model named Margret Kerry. Animator Marc Davis was looking for a dancer and found Margaret.

The animated movie Wall-E was produced by the Pixar animation studios and released in 2008. The main character of the movie is the robot Wall-E. Wall-E did not speak, so the filmmakers relied on facial expressions to convey emotion and transmit a story. The crew went with Charlie Chaplin as an inspiration for the character after studying Charlie in movies for a year.

Mortimer Mouse made its first appearance in Disney’s comic strips. The character was introduced as a rival for Mickey Mouse, both craving Minnie’s affection. Mortimer Mouse also appeared in a short film called Mickey’s Rival (1936). Even though there is no official confirmation, it is believed that Walt Disney himself was the base of the character. When one of the animators drew a caricature of him, he liked it so much that he introduced himself as a new character. Similarities between Mortimer Mouse and Walt Disney include that tall, slim figure and a thin mustache.

Fascinating, isn’t it? While watching Disney movies, you’ve probably wondered about how similar a character looks. Animators have put a lot of effort into these characters using human psychology and behavior.