He may be an Alpha at work, but at home, he’s a Beta. He thinks he’s showing you how non-controlling he is by leaving all responsibilities on the home front to you. He doesn’t realize he’s making you feel like a married, single parent.

Katz coaches men. They work hard and are loyal. They want to be good husbands and fathers. When they come home, they do whatever their wives ask them to do. They can’t understand why their wives are frustrated with them. One woman said that when she always has to tell her husband what to do, it makes her feel like he is a child and is his mother. She doesn’t want to be his mother.

Here are three tips to get your man to show more initiative at home and not leave it all to you, by Elliott Katz.

Keep encouraging him. He will be happier, and so will you.

A lot of men want to be good guys, but Elliott Katz, author of Being the Strong Man A Woman Wants: Timeless wisdom on being a man, says a lot of what they’re doing – thinking it makes them good guys — is actually making women lose respect for them.

To help these men understand why, Katz — whose book was translated into 24 languages around the world — shares, “The top five things men do thinking it makes them good guys — but actually makes women fed up with them.”

5. Not being a man with a plan

When he asks a woman out and can’t even choose a place for a cup of coffee, she wonders how he would handle the challenges of marriage and family life. When you ask a woman out, be a man with a plan.

Related: What Are The Ways To Pull Back In a Relationship When You’re Giving It Too Much

4. Expecting her to split the bill on the first date

Splitting the bill is not the way to show you believe in gender equality. If she offers to pay, she may be testing you to see if you will insist on paying. When a man pays, it makes a woman feel special.

3. Always saying, “Whatever you want. You decide”

When there’s a decision to be made, and he always says, “Whatever you want. You decide,” he may think he’s being a non-controlling good guy. But to a woman, he’s leaving responsibility for making the decisions on her. Show her you can be decisive.

2. When she always has to tell him what to do

He may think doing everything her way makes him a good guy, but when she always has to tell him what to do, she feels he’s a child, and she is his mother. Show more initiative.

Related: 10 Signs Your Relationship is Going to the Next Level

1. Not standing up to her when she treats him badly

He also may think he’s being a good guy by not saying anything, but she will lose respect for him if he accepts bad treatment. If he can’t stand up to her, how will he stand up for her in a challenging situation? Calmly set boundaries on how you will be treated.

Katz tells good guys that if they want women to stop being fed up with them, start by not doing these five things. 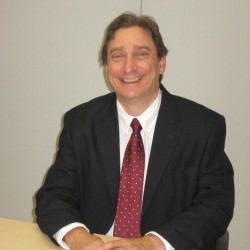 Elliott Katz
Elliott Katz is the author of Being the Strong Man A Woman Wants: Timeless wisdom on being a man which has been translated into 24 languages by publishers in Europe, Asia, Latin America, and Africa.

10 Signs Your Relationship is Going to the Next Level

Are You and Your Partner Ready To Adopt a Pet Together