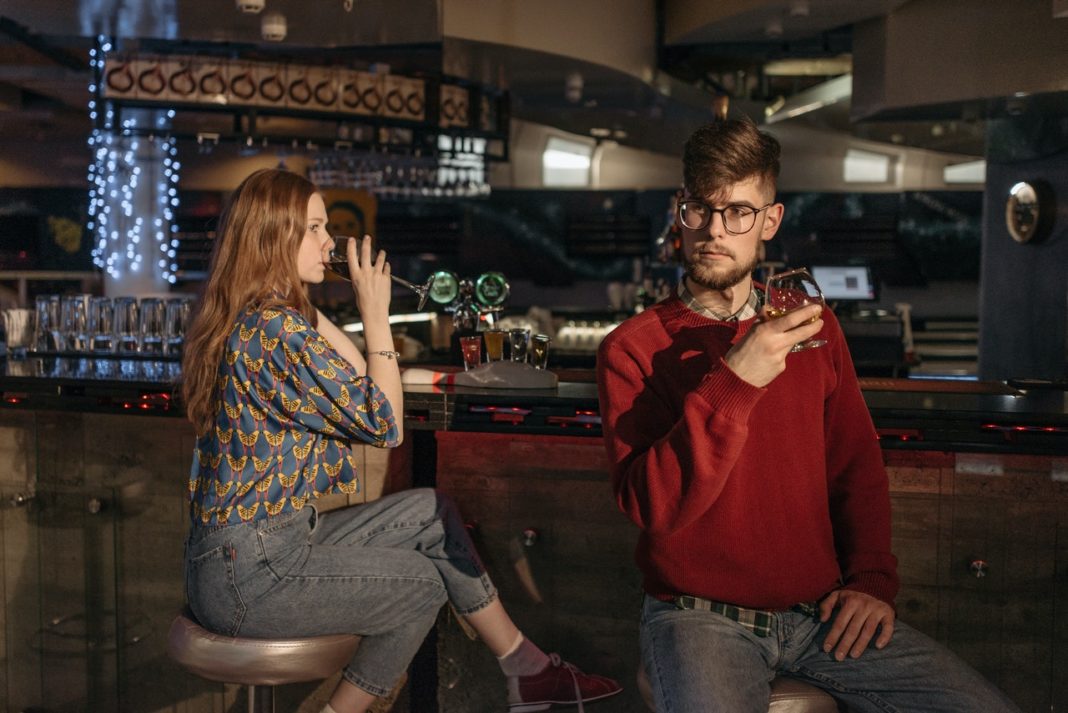 1. It’s simple, a man touching me in a way that goes beyond a handshake when we’ve just met or don’t know each other at all. You get uncomfortable and most of the time don’t know how to react to the stranger.

2. A man with a mustache looks sleazy to me. A full-grown beard is another thing. But it seems that men only grow a mustache when they are wanting to wage war on the world (cue Hitler) or going through negative character development. Not to mention that most men cannot rock the stash on their face, some just look sad, while most inadvertently just give off the immoral, corrupt vibes.

3. When he focuses his gaze on my body and tries to peer down my cleavage. Would you like it if a woman approached you and stared at your crotch?

4. Catcalling is not a good idea. When a guy catcalls me I feel he is so sleazy.

5. Making derogatory comments about women in general. Asserting or implying that women are less intelligent than men.

6. When a woman expresses no interest in you, you do not back down. Back off if she turns or looks away from you or only responds with one or two words. She isn’t interested in you.

7. A lack of hygiene. Stay away if you stink! When a guy has bad oral hygiene and smells of sweat, that is a very sleazy guy.

8. I think a guy looks sleazy when he thinks he is always right and when he defends that women are under him and other men. Someone who doesn’t care about others and only thinks for himself. This is very bad too.

9. DMing random girls on Instagram. It’s a hallmark of a sleazy man that they direct message women they don’t know on Instagram in the hope of striking up a relationship.

10. When they don’t know how to tie a tie properly. It shows a lot about them. It proves that they’re not even ready to take charge and fix something so simple about them. No woman likes a man that doesn’t take responsibility. A poorly tied tie itself means that despite the fact their tie is messing up their personal aura in front of people, they wouldn’t put in the slightest effort to fix it.

11. Using misogyny as a joke is one of the biggest red flags that a guy is sleazy. Gender discrimination and stereotypes are very serious issues. Men who can’t respect these issues or sympathize with women’s pleas are good for nothing.

12. Mansplaining is another sign. Men who mansplain things assume women aren’t knowledgeable or have had the same experiences as them. This is plain sexism and not a good personality trait to have.

11. Men bragging about their body count ARE sleazy. It’s fine if you brag a little, but if you’re making it your entire personality, you’re racking up a bad reputation with the women around you.

12. The one particular thing that makes a guy look sleazy to me is having that wicked stare at my body (boobs and lips) when we are talking. One may think that this is being petty but a woman always knows when the look is not innocent. For me, it is the wicked stare at my lips and cleavage (I dress decently by the way) when we are talking instead of giving me decent eye contact as required in having normal conversations.

13. One thing that makes a guy look sleazy is saggy pants. Saggy pants make a guy look not just immature but irresponsible.