Which Bridgeton Character Are You, According to your zodiac sign? 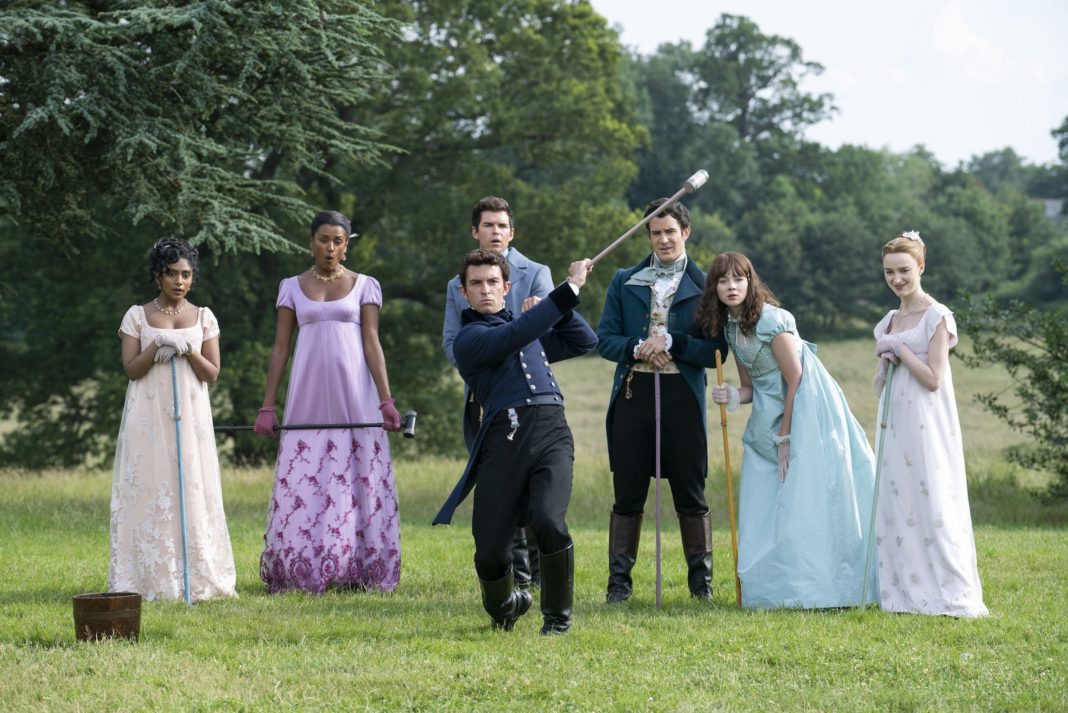 “Bridgerton” is one of the most popular drama series on Netflix. The show starts with a wide assortment of colorful characters, including the lovable Bridgerton family, the Queen and her court, and the comical Featherington clan.

Season 1 follows Daphne Bridgerton, and the mysterious Duke of Hastings is drawn into the intensity of the social season in Regency London. Season 2 pictures the love story of her brother Anthony searching for his wife. Finding true love is not easy in this fun series. For example, Anthony finds himself in love with Kathani Sharma, a woman who is also a source of trouble for his existence. But still totally worth it.

After two seasons, Bridgerton fans have gotten to know dozens of beautiful characters. Everyone has a favorite and often remembers it with fondness: you can be a fierce Kate Sharma or maybe the proud Queen Charlotte. The zodiac provides similar lenses through which we can examine ourselves. What sign does Lord and Wife “Bridgerton” fit, and what character does it make you? Gentle readers, we are here to find out.

Marina has distinct Aries characteristics. A fire sign, Aries is passionate, stubborn, impatient, and independent. Marina is passionate about not being interested in debuting in society because her heart is on someone else. Her feelings for him were so strong that she was intimate with him before the show, resulting in an accidental pregnancy. Of course, this is scandalous, but Marina is not ashamed of her choice. She stubbornly believes that what she did for love was right.

Daphne is a classic Taurus. She has been shown to value honesty above all else, as this sign is known to do. Her relationship with Duke almost reaches its end when she discovers that he is lying to her about not being able to have kids. Additionally, Daphne is stubborn, and that is probably the most classic Taurus trait. She refuses to back down while searching for true love and is unconditionally loyal to the people she cares about.

Geminis are curious, affectionate, and kind. Penelope is considered a very obedient and adorable girl, so she is often neglected by her family, her love, and even her best friend, Eloise. However, like her alter ego, Penelope thrives. Gemini is primarily known as a sign of variable change, characterized by excellent communication skills and a quick wit. These born chameleons can easily adapt and change on a dime. For example, Penelope quickly switched to another accent to trick the printer while handing him over the newsletter. This wit and intelligence make Penelope a great writer.

Although their relationships define them, Cancerians are also independent and hate depending on others to get things done. Kate puts her nose to the grindstone when it comes to helping her family. When she and Anthony met, Kate wanted nothing to do with him, and hostility quickly flared. But she warms up to Anthony’s presence eventually. They are forced to spend time together and end up falling for each other.

The queen is the protagonist of all the stories as far as she is concerned, and for this, we crown her our Leo. Leos tend to be proud and bold, which are definitely used to describe Queen Charlotte. She has always been in the spotlight with her bold statement and style. Queen Charlotte, the celestial lion, is the first to congratulate herself on a job well done. That’s a big part of why Ms. Whistledown’s comments are so frustrating for her. They challenge her with genuine insights and make her wonder if she really is always right. But Leo’s self-confidence cannot be easily broken. After all, she is a queen, and she knows it.

Anthony’s practical and hardworking nature makes him a clear Virgo. Virgos tend to be sophisticated, organized, and global thinkers. They plan the details of their lives in incredible detail, but they often overlook many little but valuable things. This is a complete rundown of Anthony: He treats seduction like a series of job interviews. As long as a woman checks all the boxes, he’s fine with her: love isn’t just practical. This is similar to the approach he took to helping Daphne find her match in Season 1. Thankfully, through his relationship with Kate, Anthony has expanded his strict Virgo persona to include traits like tenderness, spontaneity, and passion.

Libra is known to be intelligent, positive, and dominated by harmony. They can think and analyze the situation from different angles before taking action. Season 2 shows how much Colin values ​​satisfaction and how well he understands the multiple sources of it. His whole heart goes out of balance when his life gets messed up because of betrayal from Marina, but it never goes down for long. Libras don’t like being out of whack, but they are great at getting their balance back.

Season 1 portrays Simon as a passionate, independent, and fascinating character. The charming and mysterious Scorpios are widely known for these three personality traits. Simon’s love of independence is evident in his initial desire to be alone and his vow of never having a family. But his final decision to start a family with Daphne is also a test of his Scorpio traits. His passion overrides everything else. And when it comes to magnetism, well, you have to admit that Duke is an expert in the art of swoon.

The Baroness is married in Season 1, but her husband is useless, so she has to do everything on her own. This shows her leadership skills and strong will, and she only gets stronger in Season 2. The traits of these characters make her a perfect example of a Sagittarius. Sagittarians do not beat around the bush: this sign prefers telling people exactly how it is and getting to work. That’s what Portia does very well, whether it’s yelling out her opinion or sighing indignantly. Regardless of her position, she will say it to your face. This means Sagittarians aren’t always the most popular sign, but it’s hard not to admire their iron will and work ethic. Portia does everything to marry her daughters, no matter what the cost.

The strength and resourceful nature of Lady Danbury make her the perfect Capricorn. This sign is known to be wise, diligent, and in control of their destiny. Mrs. Dunbury doesn’t answer to anyone; she has even been known to get the Queen to march her own tune. But Capricorns are not manipulative. They simply focus on getting things done as efficiently, successfully, and thoroughly as possible. Lady Danbury’s case makes for an excellent advice-giver, matchmaker, and confidante.

An idealistic nature, especially for a young woman during the Regency era, makes Eloise the perfect Aquarius. Aquarians are known to march to the beat of their drums. They don’t like labels either. They believe in their constant growth and development. Eloise isn’t sure what her growth options are, but she’s desperate to find them. And you need to know right away: This passionate Aquarius was the worst ever at the end of season 2 and lost someone she could talk to about her socially inspiring opinions.

Hold on, Eloise, a better world is coming that your Aquarian heart yearns for.

The deep emotions make Edwina a classic Pisces. While she’s devastated to learn the truth about her fiance’s feelings for her sister, she puts her feelings aside and wishes the pair is for the best. Pisces are known for empathy and devotion to their loved ones, even if they sometimes cause pain. Edwina’s warm Pisces heart comforts her. She believes that one day, she will find her soulmate and that this person will love her and look at her as Anthony looks at her sister.