10 Different Types of Coffee That You Must Try 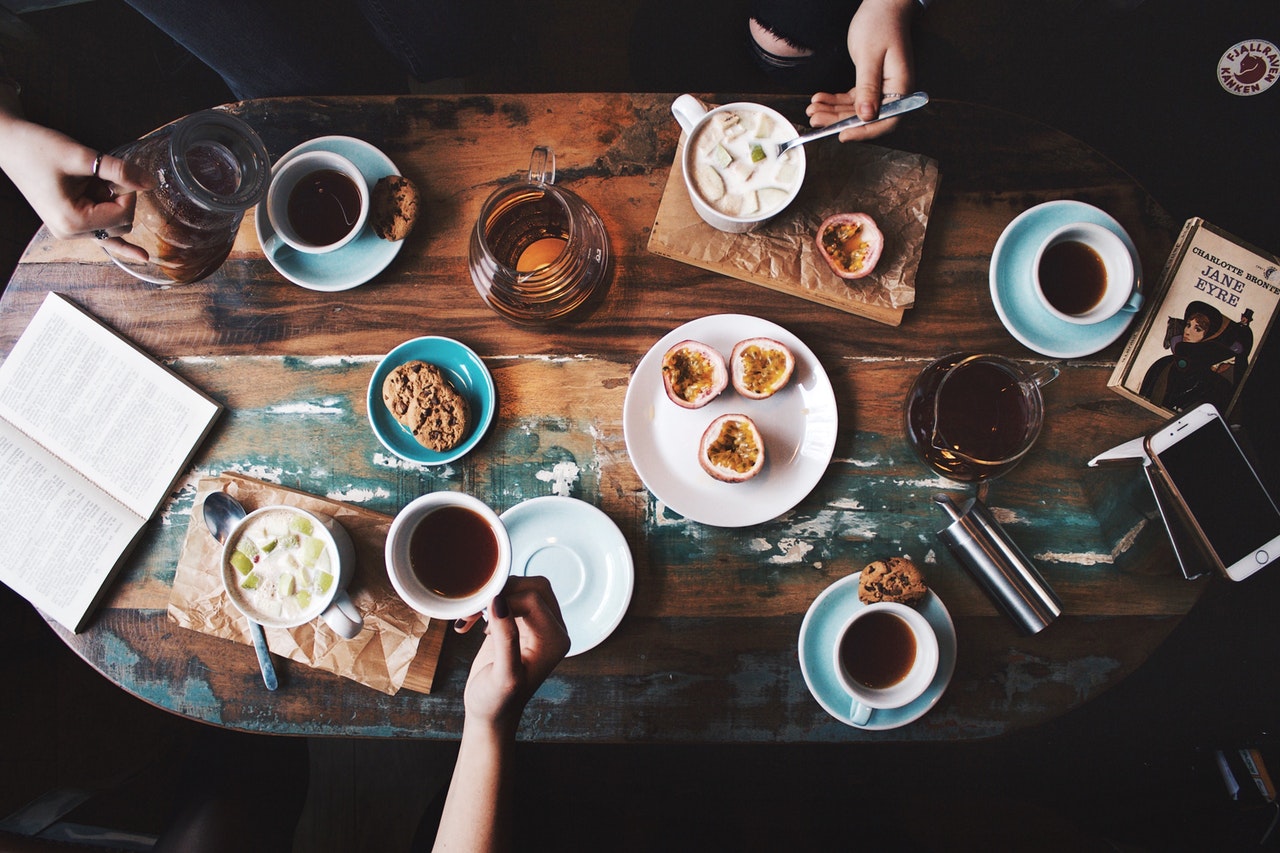 There is an increasing number of available variations to your morning coffee, and the truly dizzying array of options can be a bit overwhelming. Just to make life more confusing, you’ll find that they aren’t particularly consistent coffee shops to coffee shops.

So, what are all these strange names and different types of coffee?

More importantly, what are you supposed to get when ordering them?

We’ve gone through all the most common types of coffee you’ll see in your local café, and the differences between them.

Ristretto is the shortest of all the coffees and is not one that is found everywhere.

The process for making ristretto is the same as its more famous cousin, the espresso. But the shot is stopped early. The use of less water is not just to make a shorter coffee but because different compounds are extracted from the ground coffee at different stages of pulling your shot. Therefore, the ristretto has a more intense, sweet, and fruity profile. These are the flavors that are extracted first from the ground coffee, and extraction is stopped before the caramel, chocolate, and bitter notes can be extracted. The combination of all these flavors is what gives espresso its full-bodied, balanced profile.

If you like the idea of a short, intense coffee but aren’t a fan of espresso, then ristretto could be the coffee for you.

Espresso is the building block upon which almost all other coffee drinks are built.

The espresso comes from forcing nearly boiling water through very finely ground and packed coffee under high pressure. This process extracts all the complex flavors from the coffee beans creating a rich, full-bodied “shot” of coffee. You can enjoy the coffee shot on its own or add milk or water to make longer drinks.

If you are a coffee “purist” who wants to enjoy all the nuances of various single-origin coffee beans and different roasts, espresso is the best way to do this.

The “crema”, a light brown foam composed of water-soluble CO2 bubbles, usually indicates freshness and the roast level of your beans. It doesn’t indicate good or poor-quality espresso.

The origin of the name is unclear. However, it is claimed to originate in World War 2 when American G.I.s would dilute Italian coffee with water to make something similar to what they were used to back home.

The name “café au lait” translates from French for “coffee with milk”.

A longer coffee, or americano, is used as the base coffee element. To this, hot milk is added. It must be hot milk – adding cold milk (or other whiteners) would simply make it a white coffee.

With the popularization of espresso machines, café au lait lost a little of its identity in the 1940s. Being prepared with long coffees from the machine and steamed milk, the name became synonymous with “coffee and milk”. However, in the United States, the base coffee is generally from a drip brewer or French press to which the warm steamed milk is added.

Literally translating from Italian as “stained”, a Macchiato is simply an espresso that has had 1-2 teaspoons of milk added and a teaspoon of foamed milk on top. This creates a white “stain” in the middle of the espresso, hence the name.

The addition of milk dilutes the espresso ever so slightly, giving a milder flavor. But it is still a short coffee and is a nice halfway house between espresso and the much milkier drinks.

A fairly new addition to the world of coffee drinks, compared to the others at least, is the “flat white”, This type of coffee is thought to have originated in Australia in the 1980s. At this time, a forced change in cow feed yielded lower fat milk, which is harder to foam nicely. This led to many cappuccinos being a bit “flat”. Coffee shops across Australia started to advertise this as “white coffee – flat” so as not to cause issues with patrons expecting a foamier beverage. Then, when a man from Queensland opened his café in Sydney in 1985, he shortened the name on his menu to “flat white”.

There are also claims from New Zealanders that it was, in fact, invented by them in 1989 when a barista messed up a cappuccino and said, “sorry, it’s a bit, flatmate”.

A flat white has a small amount of foam with a larger proportion of milk. They are usually considerably smaller than lattes, giving a stronger coffee to milk ratio. They started to appear in big coffee chains in 2009 and are now one of the most popular coffee types worldwide.

A cappuccino is a breakfast staple in Italy, where it shouldn’t be drunk at any other time of day.

The perfect cappuccino is split into 1/3 espresso, 1/3 milk, and 1/3 foam. The drink was inspired by Viennese coffee, which had whipped cream and chocolate or cinnamon sugar sprinkled on the top. With the proliferation of espresso machines in the 1950s, the cappuccino started to be made with espresso instead of filter coffee, and the foamed milk version spread across Italy and then the rest of the world.

The latte or café latte is the milkiest of the coffee drinks available. Sometimes called Latte Macchiato as, this time, the milk is “stained” with a small amount of espresso instead of the other way around.

A latte should have a single shot of espresso, topped up with steamed milk, and only a 1-2cm layer of foam on the top.

The Latte was popularized in Seattle in the 1980s, and this is where the trend of “latte art” started, which is now common across the world.

Named after the city of Mocha in Lebanon (which was a center for the trade of coffee), Mocha is similar to a cappuccino. The difference is that chocolate and sweetener are added to the coffee and milk, creating something similar to hot chocolate. Like hot chocolate, mochas are often served with whipped cream instead of milk.

Currently, the trendiest of all the coffee types is the cold brew.

The name ‘cold brew’ refers to the coffee preparation process – not the temperature of the final beverage. Coffee beans are left to steep in room temperature water for anywhere from 6 hours to 36 hours – it all depends on how strong you want it to be. The longer you leave it, the stronger it will be. The resulting flavor is smooth, less acidic, and highly caffeinated coffee that can be drunk hot or cold.

As it can be made ahead of time, it is great as a ready-made drink on busy mornings or to keep in the fridge during the hot summer months. Once the beans are done steeping, you just need to add milk or cream to taste.

Now you are familiar with all the different types of coffee drinks; you never have to stare in confusion at the coffee shop menu again. You can order, confident that you are going to get your favorite drink exactly how you like it.

All about the coffee beans!!

But, if you thought the coffee story ended there, there are yet more options—this time in the coffee beans. There are three varieties of coffee beans: Arabica, Robusta, and Liberica. Although it is pretty unlikely you will ever see Liberica beans as they are incredibly scarce and rare.

Arabica is the most popular type of coffee and the one you will most likely be served. It has a sweeter taste, higher acidity, and less caffeine. They are grown predominantly in Latin America but also in Africa and Papua New Guinea. Of the two types of beans, they are more difficult as they require higher altitudes, they grow slowly, and are susceptible to attack. This all drives up the price.

Robusta, on the other hand, is the coffee type you are most likely to see in the supermarket. It has a stronger, harsher taste. The caffeine content is almost double that of Arabica beans, but not as globally revered. It is grown exclusively in the Eastern Hemisphere, primarily in Africa and Indonesia. The beans are easier to cultivate as they grow at lower altitudes and are less vulnerable to weather conditions and pests.