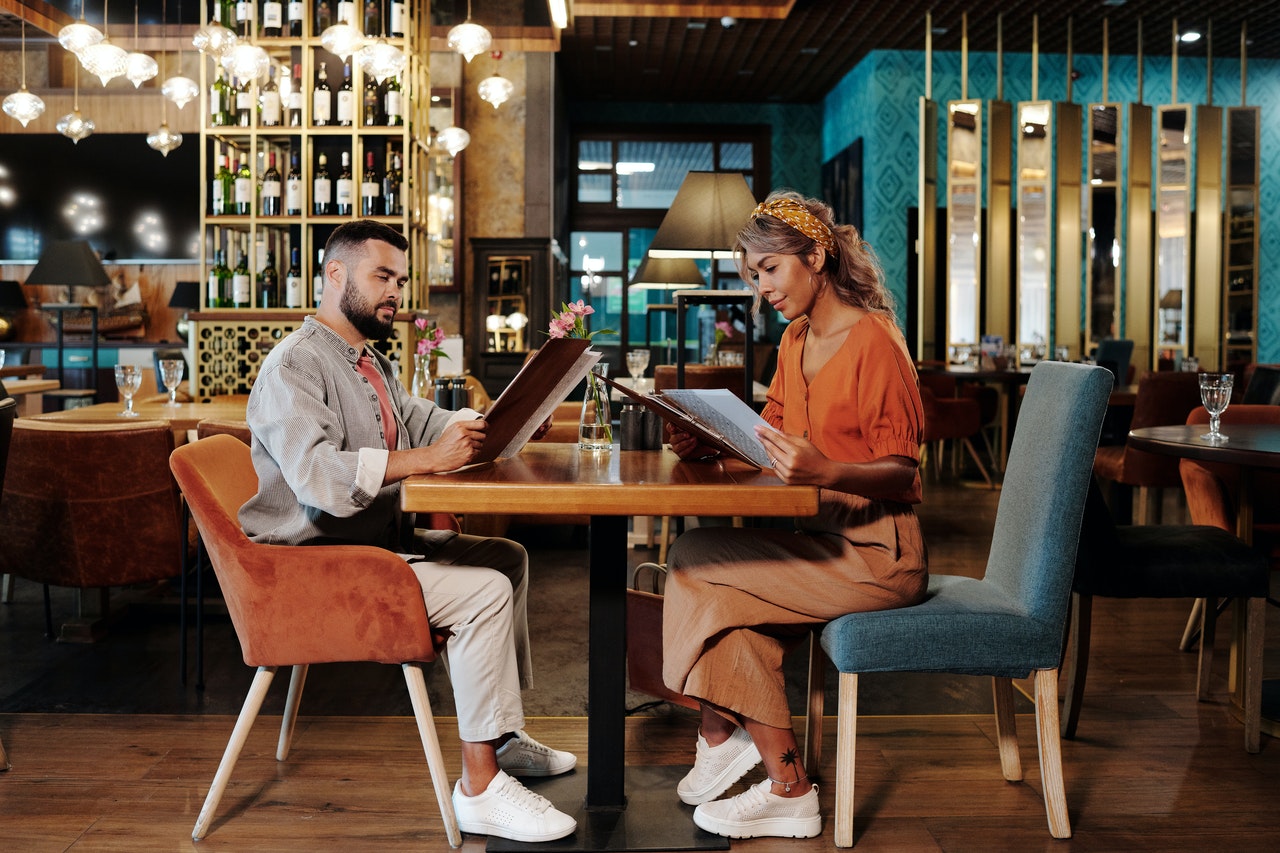 The first month of dating is a whirlwind of excitement. There’s the awkward first date (Do you hug goodbye? Would a handshake be weird? Who pays for the check?), the first kiss, the butterflies in the pit of your stomach.

You’re in the careful, “getting to know you” phase and having fun – the last thing you want to do is have “serious conversations.”

But, that’s exactly what you need to be doing.

Are you picturing The Bachelor? Good – now don’t imitate that. While it’s always fun to watch the contestants with their inane drama, it’s certainly not something you want to bring to your own life. Still, they are on to something with the whole “What are your intentions?” thing.

I’m not saying that you should phrase it that way (in fact, it’s probably best if you don’t use those exact words) and you definitely don’t need to make it a big, dramatic production. But it’s important to talk about what it is that you’re looking for.

Do you want a committed, monogamous relationship? Say so! Do you plan on casually dating for a while? Cool! Be upfront about it.

While most people don’t (and, honestly, shouldn’t) start getting serious within the first month, it’s good to know at the outset what the other person wants. After all, you don’t want to get attached to someone who isn’t looking for anything more than a fling. And if you’re the one seeking casual relationships with multiple people, you don’t want to mislead anyone. No one needs that kind of karma.

Related: Dating and Working: Managing a Healthy Balance Between the Two

Ah, the old “what’s your number?” question. Sure, it might be important to some to know how many people their partner has been with, but if you’re not interested in revealing that, you certainly don’t have to.

What you should talk about, however, is your relationship history.

Are you just getting out of a serious relationship? You might have some baggage still – nothing wrong with that, but it’s something your partner should be aware of.

You’ll want to ask your partner about how serious their last relationship was and why it ended, too. Do they blame their ex for everything? Can they take responsibility for their faults? Do they seem like they’re still bitter/heartbroken/angry? Have they had a lack of serious relationships in their past? Do they maybe have some commitment issues? There’s a lot that this conversation can tell you that you’ll want to pay attention to

You probably also want to know if your partner is friends with any of their exes. If they are and you’re not aware of it, it’s likely to cause some speedbumps down the road.

3. Your Expectations in a Relationship

This one might seem a little odd – after all, you’re not actually in a relationship just yet. But, hear me out!

Everyone has different expectations and wants in a relationship. Talking about it will help you find out how compatible you are with your partner. Not to mention it’ll probably help prevent unnecessary arguments later on.

For instance, some people might be OK with seeing someone they’re casually dating once or twice a week. That same person, though, might expect to see someone they’re in a relationship with four or more times. Helpful to know right?

The same can be said for infidelity – maybe you don’t consider it cheating unless you actually have sex with someone else. But if your partner thinks kissing is a form of cheating, that’s something the two of you need to be aware of. 4.

Related: 5 Great Tips on How to Find True Love on Dating Apps

Obviously, if you have any sort of STI, that’s something your partner needs to be aware of before you actually sleep with them. Your sexual lifestyle should be disclosed as well. If you’re seeing (and sleeping with) multiple people, you should be upfront about it.

How about your views on sex? Are you someone who only has sex once the commitment is involved? Or maybe you’re the opposite and you don’t agree to monogamy until after the deed is done. What about how important sex is to you? Do you want to have sex multiple times a week in a relationship, or are you a once-a-month-is-fine type?

Finally, do you have any, ahem, issues in the bedroom? Men (especially those of a certain age) might have difficulty in that area. Nothing to be ashamed of, but tell your partner if that’s the case. Women, too, often have difficulty reaching orgasm. If that’s you, be sure to let your partner know what it is that you need to get off. Or let them know if an orgasm isn’t really your end-goal during sex. There’s no need to fake it – just be honest!

5. Your Goals in Life

This one kind of goes hand-in-hand with what you’re looking for in a relationship, but let your partner know what it is that you’re wanting in your own life.

For example, do you want to get married and have kids one day? Even if your partner is looking for a serious relationship, they may be staunchly opposed to marriage or parenthood. Or maybe they’ve already had kids and aren’t interested in having more.

Even if two people both want something serious – and even if those same two people have an amazing connection – they might not be compatible with one another.

If you’re planning on spending a year or two abroad but the person you’re dating has kids/a a steady job/a mortgage and isn’t interested in moving out of the state, that’s a problem. If you want to live in the city but your partner wants a McMansion in the ‘burbs, you need to know up front before you get any further invested.

So, there you have it! Five somewhat serious conversations to have within the first month of dating. Now, go forth and talk it out.