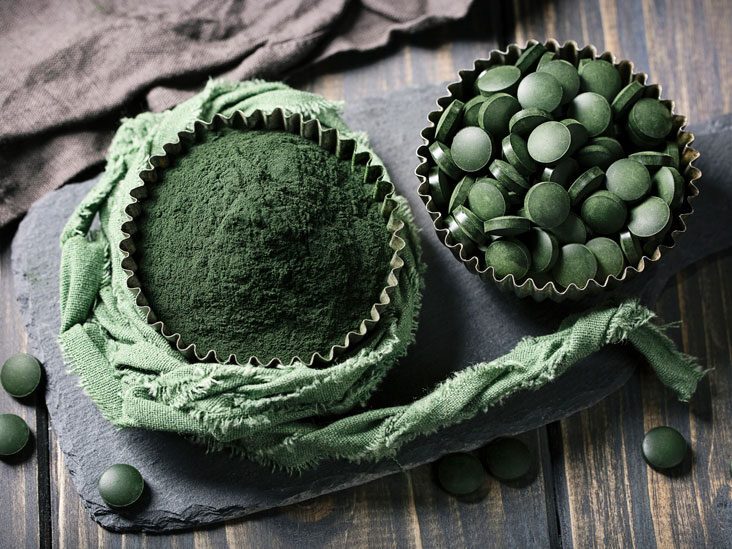 Blue-green algae are also known as cyanobacteria, a special kind of bacteria that thrives in water. A specific type of blue-green algae is cultivated in freshwater lakes and aquaculture ponds and utilized in dietary supplements and other foods as an ingredient or colorant.

Here are some of the hidden facts about blue-green algae you should know.

Because it can help prevent the release of histamines, which trigger allergy symptoms, spirulina supplementation is also associated with protection against allergic reactions. One study indicated that consuming 2 grams of spirulina daily significantly reduced the symptoms of allergic rhinitis, including nasal discharge, sneezing, congestion, and itching.

Spirulina may also aid in maintaining mental health, possibly even helping to cure mood disorders. The superfood may be a useful supplement in preventing and controlling some mental health disorders, including schizophrenia, eating and anxiety disorders, bipolar disorder, and depression, as it has been discovered to contain tryptophan. This amino acid raises the amount of serotonin in the brain.

Insufficient healthy red blood cells, or anemia, results in excessive weariness. In some circumstances, Spirulina has been demonstrated to assist in preventing anemia. Spirulina pills, for instance, were discovered to raise the hemoglobin content of red blood cells, notably benefiting older women, in a study on older adults with anemia.

Several health professionals have also investigated Spirulina’s potential to fight cancer. “Phycocyanin, the active component in Spirulina, has powerful anti-inflammatory and antioxidant capabilities, making it a nutritious meal to fend off cancer and other ailments.

How is it Typically Used?

Adults have most frequently taken 1–10 grams of blue-green algae daily for up to 6 months. Use only goods that have undergone testing and have been proven to be free of pollutants, including heavy metals, the liver toxins known as microcystins, and dangerous bacteria. Find out from a healthcare professional what medication and dosage might be ideal for a certain problem.

Blue-green algae products are taken orally and without pollutants and may be safe for most users when used temporarily. For two months, doses of up to 19 grams per day have been administered successfully. For six months, lower dosages of 10 grams per day have been taken without incident. Most minor side effects include headache, dizziness, nausea, vomiting, and diarrhea.

Children: Blue-green algae may not be safe for young people. Compared to adults, children are more sensitive to products containing polluted blue-green algae.

Adults have most frequently taken 1–10 grams of blue-green algae daily for up to 6 months. Use only goods that have undergone testing and have been proven to be free of pollutants, including heavy metals, the liver toxins known as microcystins, and dangerous bacteria. Find out from a healthcare professional what medication and dosage might be ideal for a certain problem.

When coupled with blood thinners like aspirin, warfarin, clopidogrel (Plavix), and analgesics like naproxen (Aleve, Naprosyn), ibuprofen (Motrin), and diclofenac, blue-green algae may have blood-thinning effects and increase the risk of bruising and bleeding (Voltaren).

Blue-green algae come in tablet, capsule, and powder form and may have various health advantages. Due to numerous producers making various products, the concentration of blue-green algae may differ from product to product.