A Misogyny is someone who dislikes/disrespect women. Now, you might be thinking then why a misogynist date women? Well, it’s precisely about prejudice toward women.

When you start dating a misogynist, you will find everything beautiful at the start. You are more into their sexy look and features; often neglect disrespectful part. These men may appear to care for their mom and sister with gallant protection. But in reality, these men are manipulative and will do anything to overpower a woman.

Misogynists are petrified of powerful women. They can go to any limit to control and put strong women down.

So, the guy who lives on the edge, wearing a leather jacket looks attractive, always not seems right. And we woman in the world don’t deserve a man or to date a misogynist.

Signs You Are Dating A Misogynist

It’s not easy to stop oneself from getting attracted to a bad guy, but taking precautions earlier is better than later dangerous happening.

Note: As soon as you spot a misogynist, run in the opposite direction.

No women can tolerate the feeling of interrupting while talking, again and again. And if your partner does that, he is showing the clear signs of being a misogynist.

Whether it’s his mother, friends, or you, if he is putting his words first and giving more emphasis to his talk and letting you down, we have to say he disrespects every other woman. Might be he does not like your idea or not showing interest in listening; these types of men don’t care and give no respect to women.

2. He undercut your opinions:

Men who just dislike women not only let them talk but also expert in ignoring. For instance, if you ask your partner about something or give any suggestion, they may claim you as stupid by saying you are not good enough, and we know better than you.

3. He criticizes your looks:

If men are complimenting for your looks and also showing interest in preferring polka dots over floral prints, then no doubt that man is crazy for you. Henceforth, if he is saying how you dressed up, how much makeup you put, how long you will take to get ready, and why you are wearing this much short skirt, he is not just a misogynist but is promoting rape culture in our society. Men have no right to say, women, what to wear, or what not to wear.

Misogynist thinks women exist only to please men. These types of men can not take NO as an answer. For example: if a misogynist offers you a drink at a bar or lounge and you show no interest in talking, they will make a fuss. Till the time, they don’t get an answer to their NO. The best way to deal with these men is by saying, ‘I have a boyfriend because’ they can only respect another man, not a woman.

5. He never takes you seriously:

Misogynist never listens and show any interest in your talks. Whether you are sharing the concern about their behaviours, giving political views, planning for investment, or something. A misogynist has a subtle opinion never to take a woman seriously.

No matter how much a misogynist hate women, their respect for other men will always rise. They show interest in their talks, give them respect, and confide in men. Moreover, they will never go to a woman for her advice or opinion.

A misogynist cannot deal with the word “loser.” Whether you beat them in a pool, a video game, or a driving game, they won’t be able to deal with it. They consistently make excuses; they are tired, or not feeling good or that you cheated. A misogynist just can’t handle that how women could perform better than them.

Why a man disrespect women? Because they can’t see someone else performing better than them or doing good in the same field. And, then controlling game begins. They may insist you sit at home alone when you want to go out because he wants to have power over you.

A misogynist never misses an opportunity to demonstrate his powers and influence over women.

Some men act to be like feminists. They make a sweet connection with women, and when women start showing interest, they start running from the relationship. So, cheating or lying becomes their habit.

10. He hates your independence:

A misogynist guy won’t allow you to do anything you want to do or what your heart says. They make four walls around you in which only they can come. They put a full stop in your life. From freezing you to meet friends to traveling at your favorite place, everything you love starts diminishing.

So, now you are aware of misogynist tendencies; these men love to make women feel weak.

How to Dress for a Beach First Date 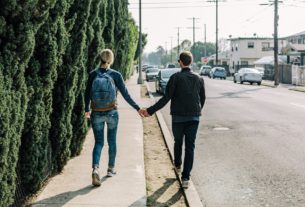 Your Early Dating Guide to Avoid Mistakes and Feel Confident 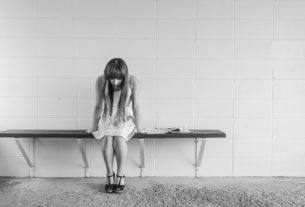 How To Overcome Stress Over A Failed Dating Experience