50 Best Capricorn Quotes & Sayings That You Will To Relate To 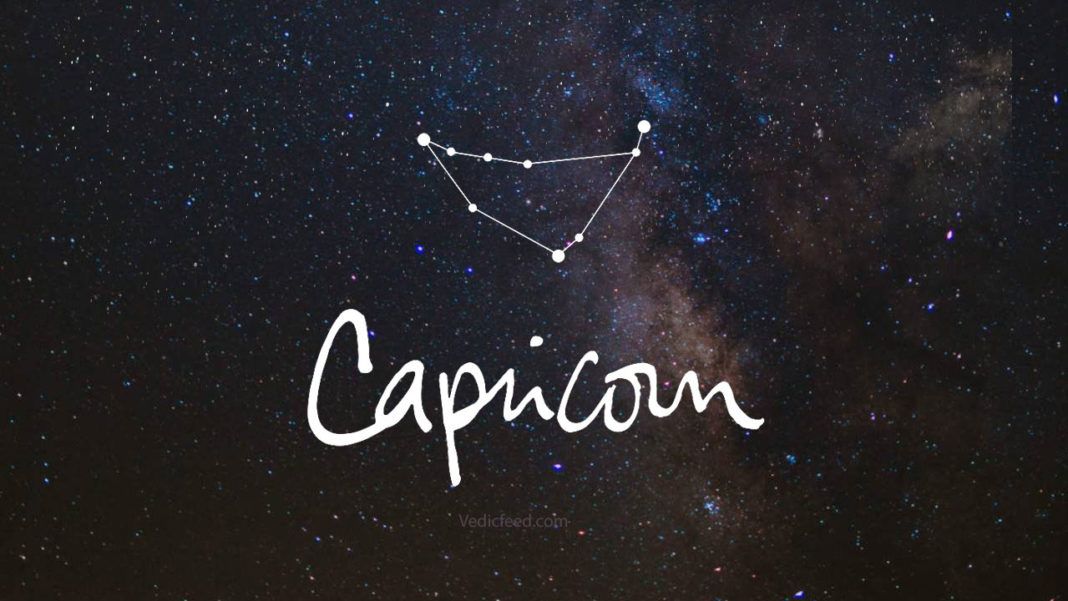 Capricorn’s ruling element is Earth. Capricorn’s are born between December 21 to January 20. Capricorn is the tenth sign of the Zodiac, and the sign is ruled by the planet Saturn.

Capricorn is symbolized by the sea-goat. Capricorn’s are highly ambitious, hardworking, and leaders. They don’t mind hustling in order to achieve great heights.

Capricorn individuals have dual personalities. Their dual nature revolves around being highly ambitious to get lost in their imagination which sometimes acts as a barrier to their achievements. They set higher goals and try their level best to achieve them.

All those people who have Capricorn as their zodiac sign, are you excited to know about the personality traits of a Capricorn? If yes, keep reading to know more about your zodiac sign.

Capricorns are organized and hard-working. They are independent and always complete their tasks on time, and don’t delay their work. Capricorns value traditions and are generally stiff as this zodiac sign is ruled by the planet Saturn.

If you find yourself lost in a plethora of thoughts, seek advice from a Capricorn. Capricorns are resourceful individuals. They will help you to make the best decision so that you don’t regret it later.

Capricorn are disciplined and appear to have a sensible approach. They work really hard for their goals. They are self-conscious and believe in introspection.

They don’t give up easily. They are hardworking and persistent individuals, and that is the reason for their success in career-related matters and professional life.

Capricorn are self-contained and practical. They are optimistic and have a positive approach in life towards everything. They are opinionated and always stand for themselves.

“Never underestimate the power of a Capricorn for self-preservation.” – Linda Goodman

“Goats are fierce, independent, at the beck of no man. Everyone, even the king, respects the goat.” – P.J. Peterhouse

“I very seldom compromise. I am a Capricorn.”   – Carolina Herrera

“I’m a Capricorn, and they flower late.” – Marianne Faithfull

“I’m a Capricorn and I’m mad loyal- mad loyal! – and I will always look for the good in people.” – Jeannie Mai

“Capricorns are exceptionally abiding friends and will be there for the people who mean the most to them, especially in moments of emotional distress.” – Alex Dimitrov and Dorothea Lasky

“A Capricorn would rather struggle in silence than admit a weakness, and ask for help.” – Megan Scott

“If you love a Capricorn, take care to tell Capricorn how you feel on a regular basis; this sign fears rejection and will open up slowly if not encouraged. If you are expressive, you will find Capricorn surprisingly passionate.” – K.C. Jones

“Even at their most open, Capricorns will be pretty hard to fathom.” – Joanna Martine Woofolk

“With an incredible drive and energy, the Capricorn Sun person wants to pursue a path of growth and purpose.” – Kelsey Branco

“You can tell a lot about someone’s personality if you know his star sign -Jesus, born on 25 December, fed the five thousand, walked on water – typical Capricorn.” –  Harry Hill

“We wear a lot of labels in our lives, and it’s so very easy to be defined by them. We have grown somehow accustomed to thinking of ourselves as a size eight or a size fourteen, as a Capricorn or a Taurus, as single or in love.” – Ally Carter

“Capricorn was one of the homes of the Southern rock movement with the Allman Brothers and Charlie Daniels and the Marshall Tucker Band. I don’t think you can come from that area and not be influenced by that stuff a little bit, no matter what generation you grew up in.” – Jason Aldean

“‘Capricorn One’ just seemed like… wow. That was it, know? Nothing was ever going to be better than that movie.” – Paul Giamatti

“It is a fact that Capricorns are clever, but they are more calculative.” –  Rahul Panchal

“Capricorns like to stay in one place.”   – Charles Nelson Reilly

“When astrology was conceived, all of the celestial bodies were in different places. So, if you’re a Sagittarius now, I guess you would have been a Capricorn 2,000 years ago.” – Seth Macfarlane

“Capricorns believe that hard labor as well as ambition can lead to success in the long run!” –  Rahul Pancha

“Capricorns take themselves very seriously and don’t love feeling vulnerable. Letting people in deeply is not something they do lightly, but once they do, they tend to be very loyal.” – Jessica Lanao and T. Green Away

“Capricorns are aware of the way to rise back up.” –  Rahul Panchal

“Jesus was a Capricorn, he ate organic foods, he believed in love and peace, and never wore no shoes.” – Kris Kristofferson

“I’m not making millions here, and because I’m a Capricorn I save up.” – Betty Gabriel

“I remember vividly, as a kid, my mother had ‘Jesus Was a Capricorn’ and used to listen to it over and over and over.” – W. Earl Brown

“But I thought I’d never see the day when you’d go with a Capricorn.”   – Helen Verbid

“Preferring to become friends first, the Capricorn lover likes to build a solid foundation in all areas of life. Capricorns know that love takes work and that it’s more than a feeling.” – Emmalee Russo

“Capricorn: A night owl, she is usually serious, alone dreamer of great dreams. What ultimately makes her so fascinating and distinguished is her inborn courage, ambition, persistence, and capacity to make her fantasies real.”   – Judith Bennett

“In case you are making an attempt to help a Capricorn, bear in mind that it is not an easy task!” – Rahul Panchal

“The nature of the Capricorns is that they are extremely fact-oriented.” – Rahul Panchal

“Everybody knows that Capricorns don’t believe in the horoscope!”   – Officer Pete Malloy

“Look up at the stars and not down at your feet.” – Stephen Hawking

“The pride of Capricorn is quite violent and they are not going to show any weakness.” – Rahul Panchal

“Confident individuals seem to appeal to the Capricorns.” – Rahul Panchal

“Misjudging a Capricorn is a bad move.”

“Keep it real or keep it moving.”

“I look to the future, because I’ve got big ideas.”

“Without labor, nothing prospers.”

“Be the best and nothing less.”

“The best way to predict the future is to create it.”

“Saturn is my vibe.”

“Above all, I trust myself to make the right choices in my life.”

“You can always rely on a Capricorn.”

“Down to earth, right to my outfit.”

Win their heart: Support their ambitions

If your zodiac sign is Capricorn, did you relate this post to yourself? If yes, then do share it with your Capricorn friends. You can put these cool captions in your bio too.